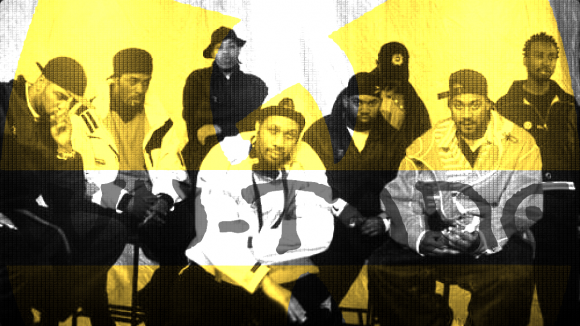 According to Global Awareness Through Hip-Hop Culture, hip-hop is the “constantly evolving spirit and consciousness of urban youth that keeps recreating itself in a never-ending cycle.”  The site goes on to say that hip-hop is a fusion of emotions ranging from happiness to sadness to humor.

Senior and WVUM radio host Phalandë Jean has her own thoughts about the roots and influencers of hip-hop.  “Hip-hop was the vehicle of Black culture. Prominent and influential artists such as Q-Tip, Afrika Bambaataa, Doug E. Fresh, Grandmaster Flash, MC Lyte, Queen Latifah, Tupac, and Biggie [aka the Notorious B.I.G.] will always be looked up to as great story tellers and keepers of Black culture.  The biggest influencers of hip-hop tend to be the founders of hip-hop and those who pay homage to the roots of the whole movement. ”

During this time, the Vietnam War was coming to an end, but the effects were being felt by the people, more specifically Black people. With an increase in the usage of drugs such as heroine and cocaine, hopelessness of the veteran families grew as their children were coming back from war, and mental health issues associated with all this trauma grew with it.  People were desperate for an alternative.  Since schools were primarily underfunded, individuals took to the streets to make ends meet and to gain a sense of belonging. This unity maximized naturally born artistic talents combined with ingenuity, and Hip-Hop was born.

“This movement loomed in the shadows of racism, sexism, homophobia. The media quickly associated this art form with negativity such as violent gangs, drug criminals, senseless killings and angry Blacks. Hip-hop became synonymous with Black Violence, but in reality hip-hop was telling a story about the violence experienced by Blacks,” says Jean.  “This story was a shared experience for many people of color and soon it the United States and influenced the world.”

So how did hip-hop go from something that could be used for healing to something super commercial?  For one, it’s simple: money.  The music industry is consumed by what sells: sex, money and drugs, and unfortunately, that’s a sad reality for what “hip-hop” now revolves around.  We are no longer consumed with the stories, but now we focus on the beats.  Words that use to change lives are lost in the musical compositions and mouth-made noises such as “yeah,” “bow” and “true.”  What’s displayed in music now is the picture of this lifestyle that everyone rapping is supposedly living, much of which isn’t even true for the artist.

On the other hand, hip-hop, like many other aspects of Black culture and other cultures, has been culturally appropriated.  The definition of cultural appropriation is the adoption of elements of one culture by members of a different cultural group, specifically the use by cultural outsiders of a minority culture’s symbols or other cultural elements.  Artists such as Macklemore and Iggy Azalea have been dubbed kings and queens of hip-hop, but do they understand the roots and the true struggle behind the foundations of hip-hop?

I think Jean said it best: we can clearly see that Black culture is popular, but Black people are not. “It is undeniable to hip-hop is tied to great social movements. Artists such as J. Cole and Kendrick Lamar have expressed, through their music, their support of Black Lives Matter,” Jean continues.  “The Black community faces the same ails from the onset of hip-hop, but we must continue to recite, continue to spit and continue to record our story.”

Hip-hop is not just a genre of music; it’s a way of life.  Though it was founded by peoples within the African diaspora, you don’t have to be Black to understand the lifestyle, and just because you are Black doesn’t mean you automatically understand it.  However, the great thing about hip-hop is that it has this crazy way of bringing us together and helping us to see others’ realities of others.  We just have to take the time to sit down and listen to the stories.

10 reasons why Donna Shalala should have replaced Jon Stewart