A Semester Filled with Girls, Fights, Politics and One Big Surprise 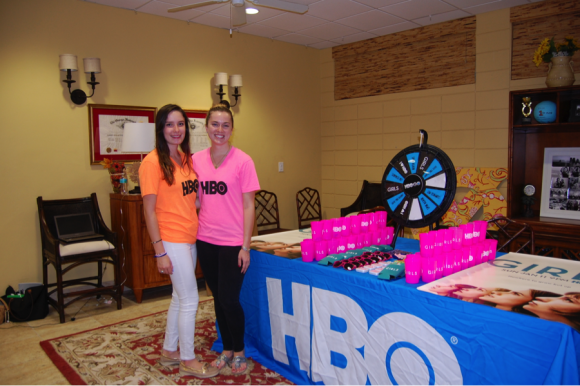 This semester the University of Miami welcomes HBO Campus Agents Maggie McMahon and Andrea Brook as they plan to host four events around HBO programming while invading your social media feeds.

Tuesday, Feb. 17, the agents hosted their first HBO event in the Chi Omega suite, a screening of “Girls.” A show about a group of girls in their mid-20s that takes a look at their embarrassing moments and occasional victories while living in New York City, “Girls” is extremely relatable for many college students. Basically, “Sex and the City” for college students and 20-something-year-olds. Maggie and Andrea had an assortment of “Girls” merchandise to hand out to guests of the event including koozies, cups, posters, and sunglasses.

Other events this semester include:

Not only does HBO feature unique shows like “Game of Thrones” and “Girls,” but the company also features hard-hitting sporting events, such as boxing, year-round. Students have the chance to experience the fierceness of Sergey Kovalev and Jean Pascal as they duke it out.

Julia Louis-Dreyfus stars as the former Senator Selina Meyer, who has assumed the role as the Vice President of the United States. This comedy follows Meyer and her staff as they face daily challenges and trifles in Washington. Think a less serious, much funnier version of “House of Cards.” Guests will be able to see the premiere of season four while snagging awesome “Veep” merch.

A fourth surprise event can be expected later on in the semester. More information will be available soon, so make sure to stay tuned!

You can find Maggie and Andrea handing out a variety of HBO merchandise throughout the semester around campus. To keep updated on event details such as time and location follow Maggie McMahon at: