An Exclusive Interview with Tom Staar 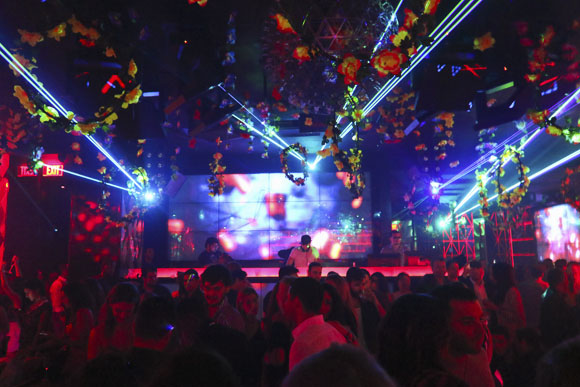 Accompanying his latest release with Kryder called “Jericho,” Tom Staar performed at Wall at the W in South Beach Saturday for a special mini-tour.

Who the he** is Tom Staar? Well, he’s been in the dance music industry for about 12 years and is no stranger to success. All the way from the United Kingdom, Tom Staar is a 32-year-old producer and one of Size Records’ most influential mainstays. He’s worked with “The Fault in Our Stars,” actor Ansel Elgort a.k.a. Ansolo. Together, they produced the track “Totem,” which broke the Top 10 on iTunes Dance in the United States. His list of support includes Annie Mac, Pete Tong and Fatboy Slim to name just a few. Having also supported Deadmau5 at Amnesia over the summer, the year 2014 has certainly been one for Tom Staar to remember and it’s clear there’s plenty more to come.

Dressed casually in a white tee-shirt, jeans, and a blue and red hat, with a big smile on his face, Tom Staar sat down with Distraction to discuss his career and talk all things music. 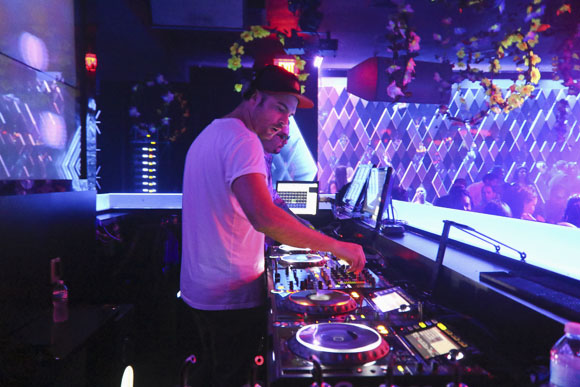 Distraction: Lets start with the basics. Where are you from?

Tom Staar: I live in London but I’m from a place called Lincoln which is sort a bit further up north in the UK but I’ve lived down in London for about five or six years now.

D: What sparked your interest to make music in the first place and how long have you been producing for?

TS: I started going out clubbing when I was about 18 or 19 and I really wanted to get involved with it so I bought decks and started to DJ and just felt that I wanted to make my own music to play you know? And yeah, just started like that really. I’ve been producing for god, a long time now, for about 12 or 13 years, it’s been quite a while now.

D: Can you describe your personal history in the industry? What’s the road been like from where you started to where you are now?

TS: I mean it’s been long. I’ve been through various sorts of scenes with it, all within the house music sort of scene but some various sorts of sub genres of house music with various different names over the years. The Tom Staar thing sort of started maybe five or six years ago. I started off with a bit more of an electro-y sort of sound, which developed into more of the house-y sort of thing that I’ve been doing now really. 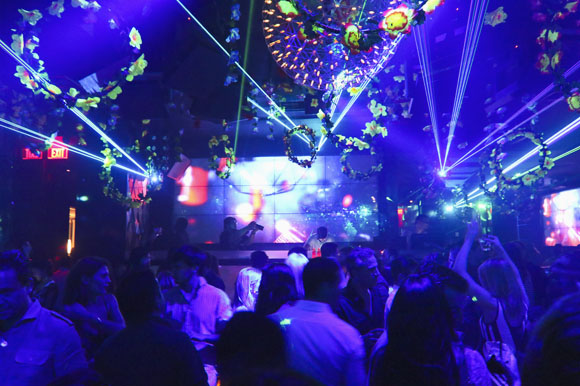 D: You’ve recently worked with “The Fault in Our Stars,” actor Ansel Elgort. What has it been like to collaborate and mentor such a high profile celebrity?

TS: I mean, the funny thing about it was that he sent me a track that I basically ended up signing to my label, Star Tracks, but at the time I didn’t know he was an actor or anything. He actually sent me the song under the name Ansel Elgort and I thought that’s a weird name so I googled him. I’ve already got the track signed, but I googled his name and was like oh, this guy’s like a massive actor (laughs), so it was quite bizarre to find that out and I mean the music he sent me was great because I’m really picky about the stuff I sign and it stood out straight away so it was really, really cool. But I was quite surprised to find out that he was an actor.

D: Have you ever watched any of Ansel Egort’s movies?

TS: I have done since yeah. (laughs) Yeah, I have since then but I had never even heard of him. I think he’s more of the teen girl sort of thing you know and I’m not really in that sort of scene. But, yeah, I signed a track with him and he sent me a few other things. He sent me one track that was a really cool idea and I just started working on it. The track was “Totem,” and the idea was his that he started initially and took it to me and I sort of did work on it and stuff and yeah, it turned out good. 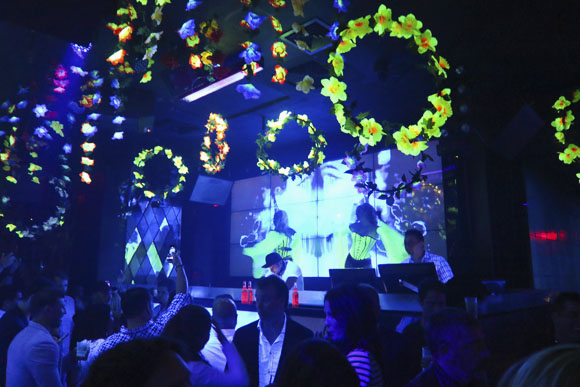 D:“Totem” was the first time a track from Size Records cracked the iTunes Top 10 Dance Chart – Can you describe what that was like for you and how it made you feel watching the song gain close to 400,000 plays on Soundcloud in just three months?

TS: It was good, I mean I don’t think I realized sort of how big a following he had until we put that record out and suddenly it was top 10 on iTunes in the States and it was quite bizarre really, pretty strange.

D: You just released “Jericho,” a couple of weeks ago with Kryder. What was the creative drive behind the song?

TS: Well actually, it was with my friend Kryder, who I do a lot of music with and it was originally an idea that he had. It was sort of a trumpy sort of breakdown kind of thing. I really liked it and we went through a few different versions of it and stuff and eventually came to that one basically. We got into the studio together and finished it all off and yeah, it worked like that. 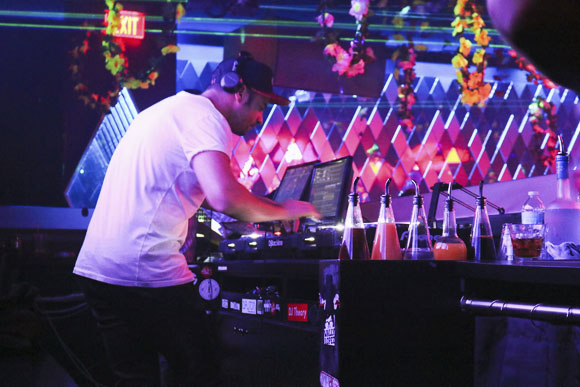 D: What artists do you look up to for inspiration?

TS: Well, there’s not really many people in the scene that I’m in you know. I’m definitely more of the house-y sort of music and DJ, the more underground sort of house stuff. I listen to a lot of techno sort of DJs like Loco Dice and Luciano and I try to bring elements from that to sort of the big room scene.

D: What can fans expect from you in the future?

TS: Release wise, I’ve got my next release called “Wide Awake,” that’s going out on Spinnin’ Records on Jan. 2, I think it is, with two guys called Still Young from Canada. And then I’ve got a release on Axetone Records coming out a few months after that and three or four things sort of on the go at the moment that’ll be coming after that I guess. I’ve got plenty coming and plenty to come!

D: What advice can you give to aspiring producers who are trying to get their music heard?

TS: Just keep at it really, you know and don’t give up. If you make it your life and you really want do to it then you can achieve it. You just have to put in the hours you know. It doesn’t happen over night, you just have to keep going. 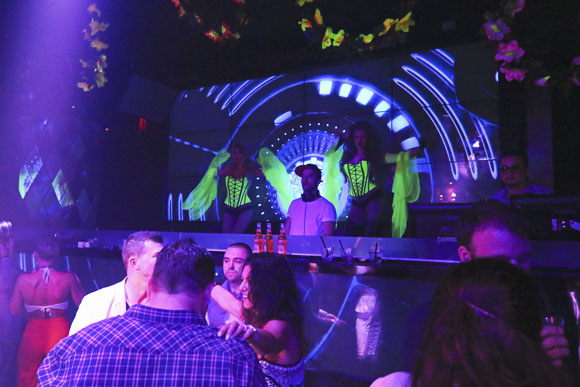 Well, there you have it. Be sure to check out Tom Staar and Ansel Elgort’s song “Totem,” along with his latest release, “Jericho,” with Kryder. It’s clear that Tom Staar has plenty of music to come and you can bet that he’ll be making an even bigger mark on the Electronic Dance Music scene here, in the near future. Check out his SoundCloud below and remember, you heard it first from Distraction. 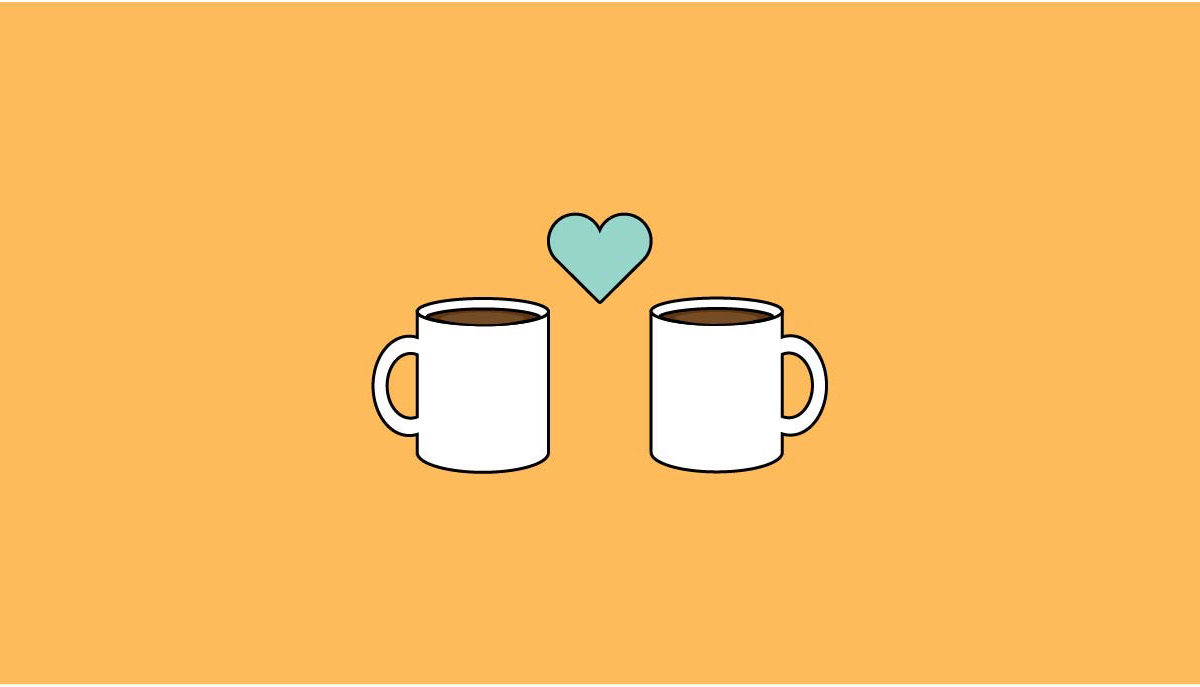