An "Old" Album, A New Orion 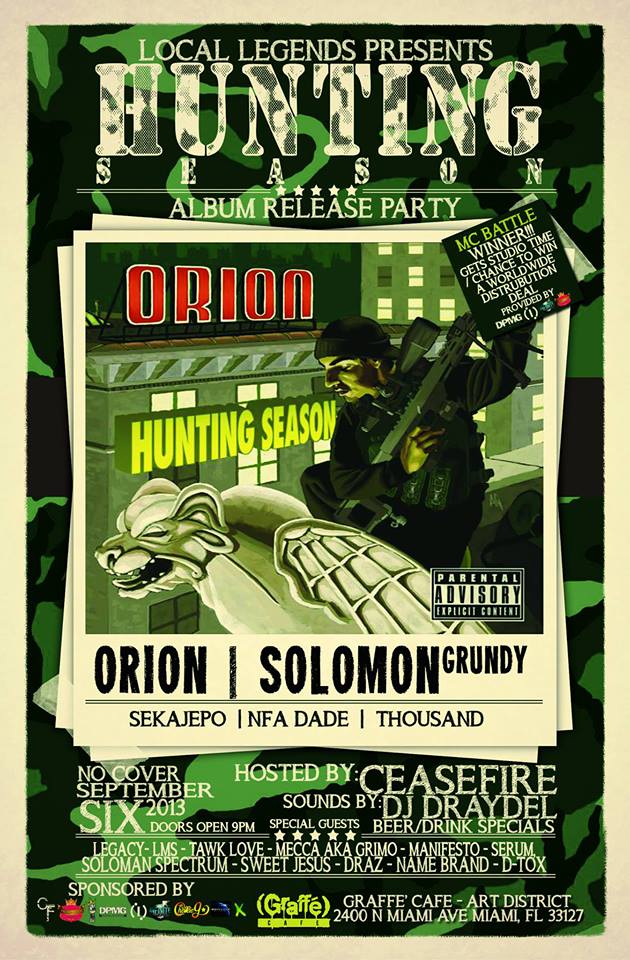 All the attention of Miami’s local Hip-Hop scene will be, or at least should be, focused on an album release show taking place at Graffé Cafe on Friday.

Local emcee Orion, known equally well within the local scene for his solo work and  also his collaborations with local latin-alternative band Elastic Bond, will be showcasing his third album “Hunting Season”.

Along with himself performing tracks from his latest record, the release show will feature other local rappers and will even include an emcee battle towards end of the night.  The winner of that battle gets free studio time.  Orion will be selling copies of his album at the event, but those who attend in fatigues get the chance to grab a free copy.

But perhaps the most interesting piece of information about this album release might be that the party won’t technically be promoting a “new” album. Rather, it’s very much more of a “now or never” release; a sort of farewell party for whom Orion was artistically.

The Making of Hunting Season

The release of this album has actually been a long time coming. According to Orion, the record was actually done in 2011 but he held back on releasing it.  He mainly credits that to “political stuff” involved with waiting on a feature from a guest artist.  It has been available for download online for a while now, but Orion feels this is the time to more formally put it out there.

“I didn’t want to release it without that feature and I had a whole other album-worth of material that I wanted to release, so I kinda felt like I can’t release one without the other first,” Orion explains. “It would just feel out of place for me to release all this new material that I have and then never release this.”

He describes the sound of Hunting Season as “more hardcore; the gritty sound of Hip Hop.” A lot of the subject matter of the album, like much of his past work, he says also contains political critiques and references. He emphasized, though, that the sound on this album isn’t necessarily reflective of the more recent tracks he has and/or will put out.  That makes sense considering it was originally recorded a few years ago. But specifically, what has changed?

Let’s actually go further back, to his first album, for context. Looking back, Orion considers his original body of work to have been “sporadic”.

“I was just trying to cover so much, with this being my first solo album,” Orion recalled.

So when he started working on what would become Hunting Season, he found himself going for what he describes as a “darker, big rainy day” tone that was consistent throughout. But Orion found himself not wanting to just represent one side of his artistic self.

“If somebody were to only listen to this album from me, they’re going to only perceive me as just a lyrical MC who is on some underground, grimy stuff”.

With all that being said, the lyrical content Orion is putting out now is much different. He says he’s more focused now on writing music that is relevant no matter when you listen to it and relevant no matter who you are.  Examples of his subject matter include relationships, love and sex.

“These are all things that everybody deals with, whereas, if you’re doing a song that’s about you as the best MC in the world, the other MCs might love that song but for the most part it doesn’t reach the full range of society.”

Other than relevance, Orion, who likes writing politically charged lyrics, also got tired of the debates some of his songs would spark; that’s if people even picked up on the social commentary to begin with.

“I’ve had so many political songs that either go over people’s heads or turn into a debate when they see me,”  Orion says with a laugh. “What I’ve noticed with songs that I’ve done about love, relationships, sex…I don’t have people coming over and debating me.”

There are deeper reasons for the change too.  Orion is now the father of a young girl, which not only changes his artistic interests but also how he approaches the game.

“The way I attack this music is different. Before, I was everywhere, performing at every single club, at any spot I could perform I would be there.  I can’t do that these days. I love her and love spending time with her, so being out at all times of the night at different clubs that I may or may not get paid to be there really is not an option for me right now.”

As has been suggested throughout, Orion’s style and the kind of lyric he writes has morphed and he already has his sights set on his next album release.  It would probably be safe to say that he’s more anxious about releasing this body of work since it’s more representative of his current style and influences. But he says he’s learned with Hunting Season to only release music when it feels right.

“One thing about being independent is it’s all on me.”

What he does know now is that he’s excited about not only his own set on Friday’s show but also the performances by some of the MCs he’ll be sharing the stage with. He specifically mentions NFA Dade.

“What he’s going to bring will be really different.  I don’t even think people are ready,like, honestly. I know that sounds cliché, but this dude doesn’t perform all that much but this performance will probably be very sick. I don’t want to follow him up!” 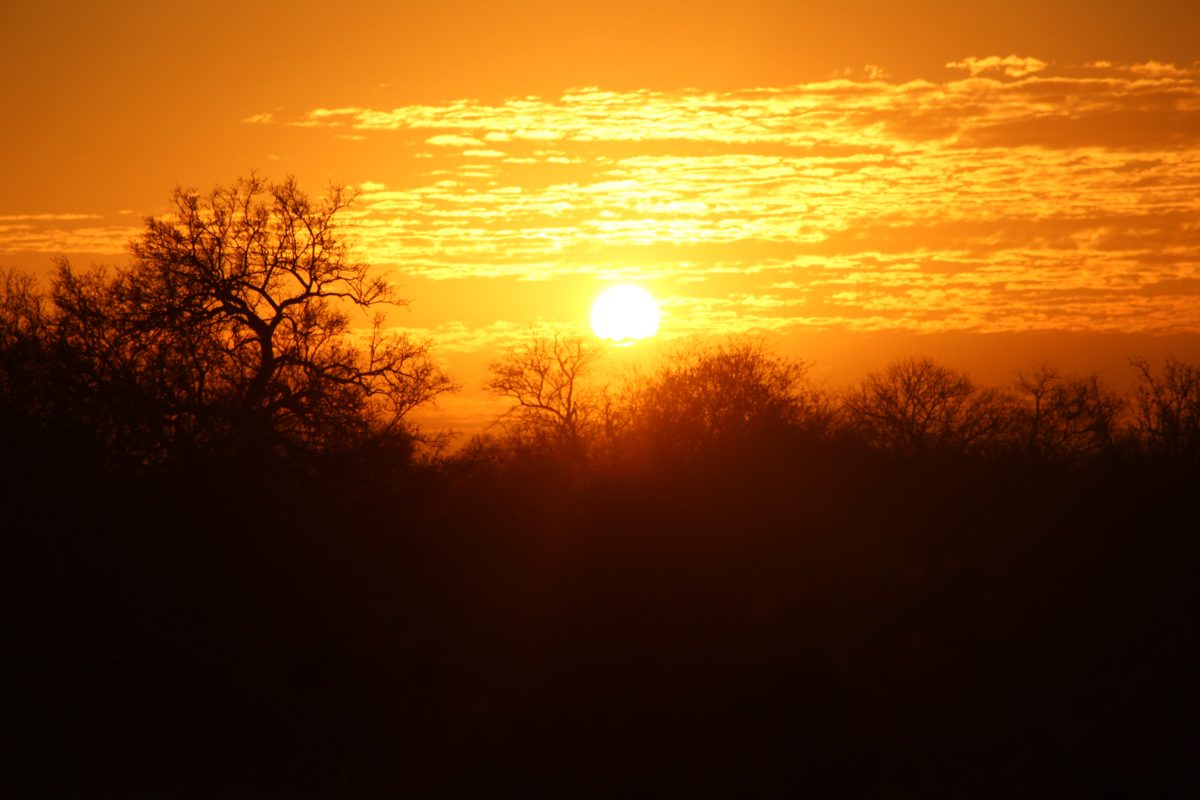