Canes v. Gators: Why You HAVE to Be There 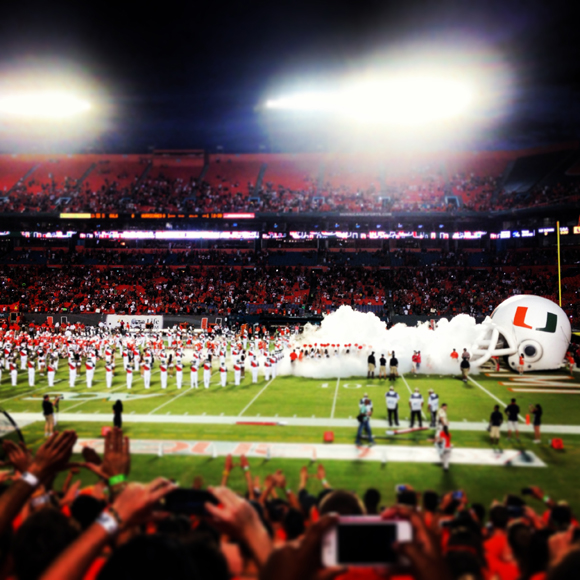 Whether you were born and raised a ‘Cane or you pledged your allegiance when you set foot in Coral Gables, few things mean more then Saturday’s epic showdown between your Miami Hurricanes and the Florida Gators.

Here are the top five reasons you absolutely CANNOT miss this game!

1. The Rivalry- Saturday marks the 55th series meeting between Miami and Florida, the first since 2008 when QB Tim Tebow led the Gators to a 26-3 victory and an eventual National Championship in the BCS Bowl. Since 1938, the rivals faced off annually from 1938 until 1987, when the series was cancelled, allegedly to comply with SEC expansion, but ‘Canes fans know the real story. Miami leads the series 28-26.  The winner of each annual game was awarded the Seminole War Canoe trophy, which now resides in the UM Sports Hall of Fame. From 1986-2003, the Hurricanes were undefeated against the Gators, including the 2001 Sugar Bowl and the 2004 Peach Bowl. Saturday’s showdown is the first on Miami’s home field since 2003 and the first ever at Sun Life Stadium. Miami has won six of the last seven meetings with the Gators and maintain a home record of 13-14.

2. Parking lot festivities- Let’s be real, a good percentage of Canes who flock to Sun Life don’t know the first thing about the sport being played in the stadium. But what you lack in football IQ is more than made up for in the grand event we like to call tailgating. From pickup truck DJ’s to grill masters and funneling machines, parking lot MVP’s rejoice, gates open at 6 a.m. for the most epic day of tailgating in our college careers.

3. Stephen Morris – A Miamian born and raised, Morris is more than familiar with the hugeness of the matchup and more than prepared for the trash talking reserved for bitter rivals. And what better time for Morris to assert himself as Florida’s most dominant QB? The 6’2″ senior quarterback was the 2012 recipient of the team’s Captain’s award and was named offensive MVP. In 2012, Morris started all 12 games, recorded over 3,000 passing yards and 21 touchdowns with only 7 interceptions. He set a school and ACC record with 566 passing yards in a single game against N.C. State. Morris will only be more dangerous as a scoring threat surrounded by a spread of talented receivers.

4. Hurricane tradition- The smoke; the roar of the crowd for a Sebastian C-A-N-E-S CANES! spellout; Fear the Ties; that uncompromisable Hurricane swagger; if you’re not already about to jump out of your seat with excitement, you might actually not have a pulse. One of the greatest things about attending the University of Miami is the passion and pride that is the Canes family. Where else does the 5-foot president of the university visit the rambunctious parking lots of a football stadium and boisterous student sections? As much as you try to deny it, your time here as a UM student, where you have every excuse to be a glittered and painted as you want, is actually limited. Saturday is about so much more than football, it’s about the generations of Hurricanes from the past, the present and those starry-eyed little ‘Canes of the future coming together to support the U.

5. Duke Johnson- Part of what makes the experienced Hurricane offense such a frightening force to the Gators is the lack of obvious weakness. The perfect complement to a strong passing game is number 8, running back Duke Johnson. The 5’9″ true sophomore out of Miami Norland high school has accrued 1,227 all-purpose yards, and eight touchdowns in his last five games. Johnson was named ACC overall and offensive rookie of the year, ACC freshman of the year, special teams player of the year among a host of other accolades and honors. In Duke we Trust. 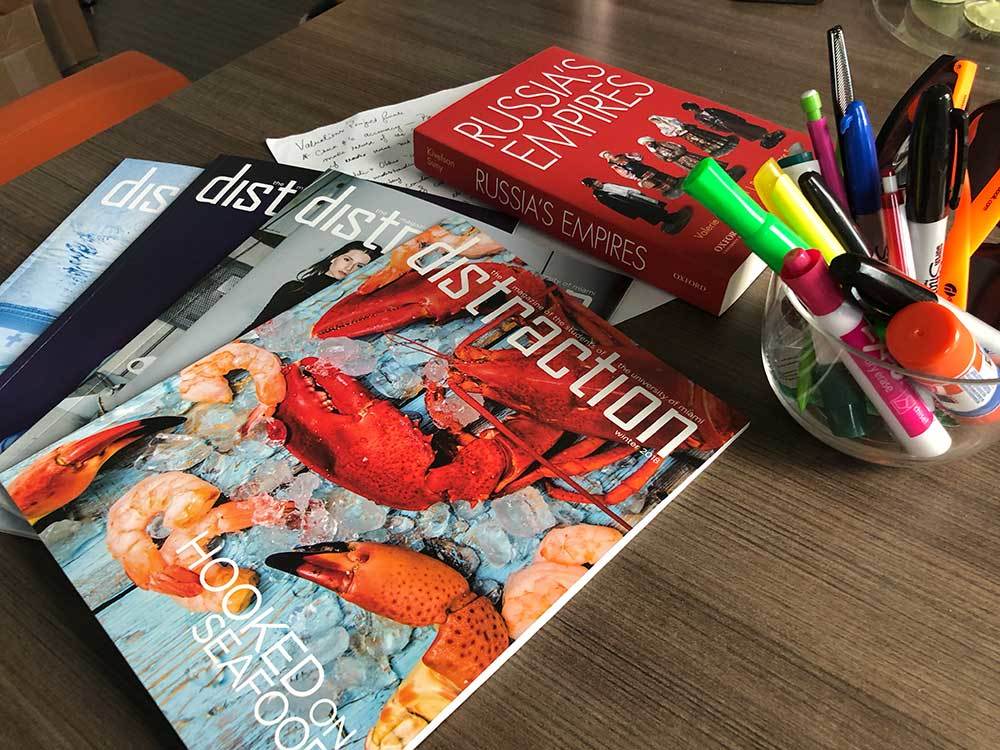 12 Things to Be Grateful For – UM Edition