During our break from the hurricane, I traveled around and got to eat a lot of delicious food in North Carolina and New York. I had nachos, burgers, mac and cheese, penne alla vodka-filled wraps, and many other tasty meals. I didn’t get to work out as much as I liked to and my lifestyle was pretty unhealthy those couple of weeks. I decided to go on a cleanse when I got back to school to stop my cravings for fried food and sweets, as well as fill my body with more nutrients that it had missed. This was a ten-day smoothie cleanse, with recipes for each day and it also allowed me to snack on fruits, veggies, nuts, hard-boiled eggs, and unsweetened peanut butter. I had never done a cleanse before but had heard mixed reviews from people who had completed them and wanted to try this one out for myself. My friend sent me the one that she did and I liked how it was very detailed and gave the exact recipe for each smoothie every day. In addition, as opposed to juice, smoothies tend to be a little thicker so it wasn’t as intimidating. On Saturday, I went out to buy 10 bags of spinach, kale, and spring mix, as well as loads of frozen fruit and snacks. The next day, I started the cleanse.

This smoothie consisted of spinach, water, apple, mangos, strawberries, and grapes. The recipe also called for stevia and ground flaxseeds, which I opted out of. (After dropping 80 dollars on the other ingredients I didn’t really want to buy more…). My initial thought: okay not bad. This looks disgusting but it doesn’t taste bad. I got really hungry in between my snack/smoothie time, as they suggest consuming something every three hours, but my body was used to eating a lot more in a day. I tried to ignore it and focus on other things, which wasn’t too bad. First day down, cool.

I was pretty tired this morning because it took me a while to fall asleep due to my growling stomach. I had my smoothie (spring mix, water, banana, apples, strawberries) and went to the gym. After cardio, I felt a little lightheaded because my body was still getting used to the new diet so I just rested for a little bit in between my other workouts. Throughout the day, I snacked on grapes and a banana. Very satisfying. This smoothie also looked pretty gross, but still didn’t taste bad.

I had a long day ahead of me. Two classes starting at 8 AM, work for four hours, two more classes until 6:15. I packed more snacks and made my smoothies a little thicker, hoping it would sustain me longer. Being in class actually kind of distracted from my hunger and my cravings, which was good. Today’s smoothie had spring mix greens, spinach, water, blueberries, (I substituted for mixed berries because I couldn’t find frozen blueberries at Publix) banana, and apple. I felt less bloated in the morning and actually wasn’t that tired when I woke up at 6:30. Score!

In the smoothie guide, the creator said the first four days were supposed to be the hardest because your body would be adjusting. I was excited that I had gotten through the first three days and hadn’t cheated. Today’s smoothie was kale, spinach, water, apples, peaches, and mixed berries. My day was a little shorter today, which also helped me get through the day’s meals. The place where I work is always really cold, and having a cold smoothie didn’t really help this. I am also pretty sure I’ve talked to a few people today with berry seeds in my teeth. Attractive. 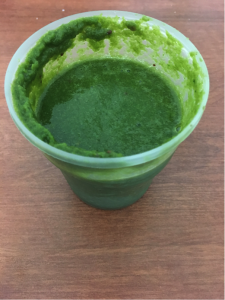 Another day starting with an 8 AM class, great. I was pretty tired when I woke up because I still had trouble falling asleep due to my growling tummy. However, as I was drinking my smoothie (spinach, water, peaches, grapes, blueberries), I noticed my skin looked a little better. It was smoother and seemed to glow a little more than usual and I didn’t look as tired. However, this smoothie looked a little gross because blended spinach decided to accumulate on the side. Yum. 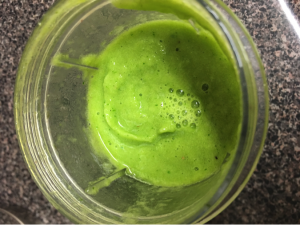 This smoothie actually did not look disgusting. It consisted of spinach, pineapple, peaches, and banana. Once blended, it came out to a nice light green color and looked super creamy. It actually tasted really good and I was excited to drink it today. My day was going rather well and I felt pretty good. I was going to pure barre for the first time later today and wanted to make sure I didn’t get hungry so I had a banana with peanut butter, a hard boiled egg, and half a smoothie. I stayed satisfied throughout the class and had enough energy without the lazy, sluggish feeling I sometimes get when eating before a workout. Today was Friday and the cleanse does not allow any alcohol. This gave me an excuse to stay in bed and watch Grey’s Anatomy all night.

I woke up at around 11 AM, pretty happy about the sleep I had caught up on. I felt energized and had a banana with peanut butter before heading to the gym. I had a decent amount of energy and did not feel tired or lightheaded during my workout, so it seemed like I was better adjusted to the change in diet. This was a pretty low-key day, just spent doing errands and homework so I didn’t feel as hungry as I typically do on a day where I have class and need to walk all around campus. Today’s smoothie was spring mix greens, spinach, banana, pineapple, mixed berries, and mango. The manual said that while on the cleanse, my skin would break out a little bit because of all the toxins being released. I couldn’t really tell if that was the case, or if I was breaking out because of the sugar in the increased amount of fruit I was taking. Either way, I did not enjoy it. 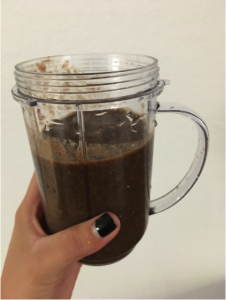 Today I felt really well rested and had plenty of energy, which was really different from the sluggish and lazy feeling I usually have on Sundays. I had a pretty busy day today but my smoothie consisted of kale, spinach, apple, banana, and frozen blueberries and it kept me going. Towards the end of the day, I was happy with myself that I made it through the weekend without cheating, something I thought was going to be very difficult. This smoothie actually looked pretty gross because of the color but the blueberries made it taste decently well.

At this point, I’m really excited to be done with the smoothie cleanse. I haven’t even thought about cheating, seeing as how close I am to the end of it. I’ve started to really enjoy the smoothies and feeling healthy and satisfied with my diet throughout the days.

Finally the last day of the smoothie cleanse! I was so excited to be almost done and really proud of how far I made it. Also already planning all the delicious food I’m going to eat when I’m free. Looking back, I definitely feel more energized and a lot less bloated. I’m less sluggish and tired when I first wake up, even for my 8 AM classes, and not nearly as cranky as I thought the cleanse would make me.

Conclusion: I lost seven pounds, but keep in mind that I probably won’t stay this weight unless my diet is exactly the same as on the smoothie cleanse, which really isn’t healthy. However, I think the cleanse really makes me want to continue being healthy and made me realize how big of a difference it makes when you fill your body with nutrients from fruits and veggies as opposed to all the junk I had been eating. I’ve definitely been craving junk food a lot less and since I had been consuming so much less food throughout the past ten days, I get full off a much smaller amount of food. This really prevents me from overeating, which I appreciate since that had always been a huge issue for me. 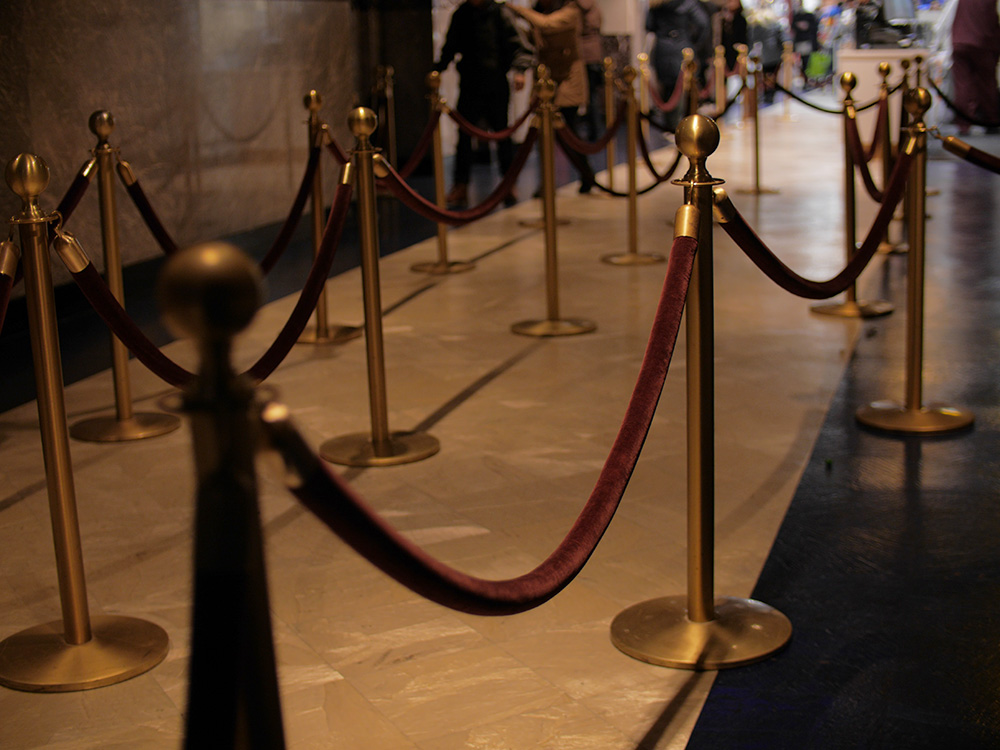