Boys: Enough. Enough with the free University of Miami t-shirts that you grab at every opportunity, enough of the basketball shorts when you clearly don’t play basketball and enough is enough with the cargo pants. Let’s not mention the classic socks-with-sandals catastrophe either.

It’s time that the men on the University of Miami campus dress as attractive as they are. If you don’t know where to start, don’t fret. Let Hollywood’s leading men serve as a sartorial example. 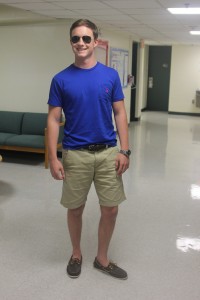 Practically every girl swoons over this Canadian heartthrob—with his piercing blue eyes and boy-next-door charm. What makes him even more perfect though is his impeccable, clean style. Channel “the Gos” with a crisp pair of tailored pants or jeans and a simple button up shirt with the sleeves rolled up. Never wear a short sleeve button up though because Gosling wouldn’t be caught dead in that faux pas. If a button up is not relaxed enough, go for a slightly fitted, but relaxed t-shirt in a solid color.

Sophomore Will Simmonds considers Ryan Gosling to be one of his style inspirations.

“The way he holds himself really matches his style,” Simmonds said. “He looks very sleek and cutting edge.”

Like Gosling, Simmonds opts for clothes that are “simple, not too many patterns or designs,” yet, Simmonds says, “I like to take risks with colors. Some bright turquoise is nice.”

Another thing Gosling is a fan of? Nice V-Neck tees. That’s something Simmonds can attest to also.

“Show some man cleavage or guns,” Simmonds said. “You’re in this Miami climate–show what you got! 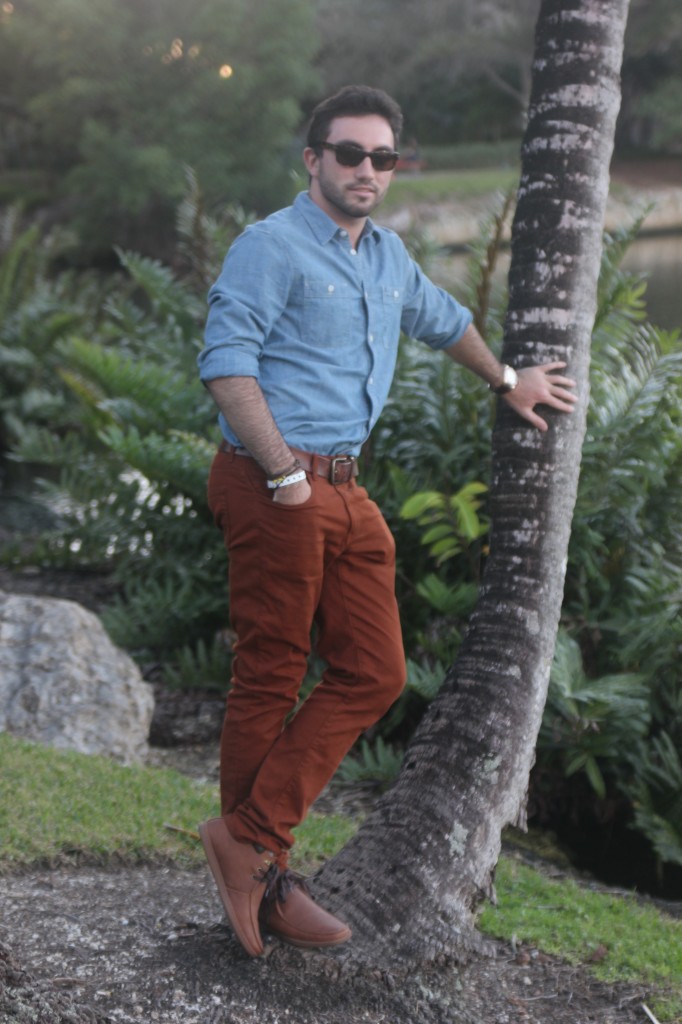 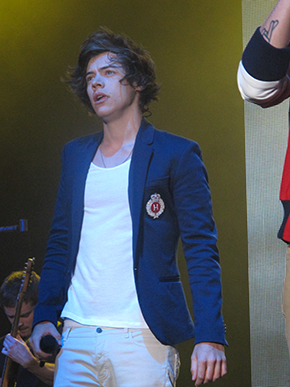 The guy won a British Style Award for god sakes! Styles’ style epitomizes rocker-cool and while his looks are calculated, he always looks “effortless.” Plaid shirts, slightly distressed tees and worn-in (but not sloppy) fitted denim are staples for the One Direction singer. Styles relies heavily on accessories to create a cohesive look. A little man-jewelry can look edgy if done right. To nail “the Harry,” make sure to throw on some classic aviators and a hat, whether it’s a wide brim, fedora, or even a beanie.

Sophomore Reed McDonough knows the power of accessories. McDonough likes to accessorize with watches, sunglasses and his favorite, shoes.

“I mostly have earthy tones, but I also have some flashy stuff for nights out in Miami,” McDonough said.

Much like Styles, McDonough believes that the slim look is the best.

“Even if you’re not fit, aim for clothes that fit. A slim fit looks better.”

While he’s not really known for his street style, every time this Oscar winner hits the red carpet, he looks impeccable. Take note for formal and semi-formal season, guys! What makes McConaughey stand out from the other guys in well-fitting suits is the color risks he takes. From blue velvet, to gold lamé, to plaid silk, McConaughey always makes a statement while looking fashion forward and never too flashy. Pull a McConaughey this formal season and stay away from the ho-hum black suit and maybe you can land your own Camila Alves.

There’s nothing more attractive than a well-dressed man, so take these tips and run with them. Miami’s own have a few words of advice too.

“People around campus don’t know how to match,” McDonough said. “A lot of guys choose to not care because it’s viewed as a feminine thing, but you should always dress well because you never know who you’re gonna meet.”

An "Old" Album, A New Orion