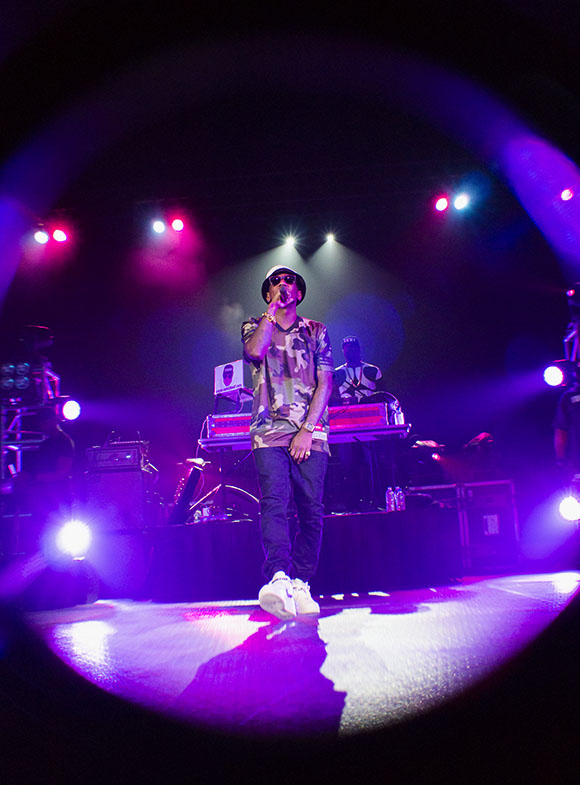 The University of Miami Homecoming Concert took place at the Bank United Center on Thursday, Oct. 30, bringing ‘Canes an experience like never before. For the first time ever, the show opened up with the University of Miami’s very own students, Daniel Grant Litman and (former student) Jimmy Duval, both of Grant & Duval.

“A year ago I saw Big Sean, who played an amazing set at homecoming and I couldn’t have been more excited to have a chance to play the show this year along side Fabolous and Matt & Kim. It was a great experience and I love the U,” Duval said.

Grant & Duval brought their A-game, bringing high levels of energy, which was quickly absorbed by the crowd. Fans went crazy over their wompy dubstep and hardcore trap sound as well as their lively energetic performance. They were perfect for opening up for Matt and Kim, which brought even more energy and enthusiasm. Kim ran up and down the stage hyping up the crowd and at one point Matt was playing the keyboard with his feet up in the air! With Matt on the keyboard singing his vocals and Kim banging on the drums and the two of them cracking jokes all night made for an epic performance. Then came well-know rapper Fabolous, who played a mixture of his old stuff along with crowd pleasers like “You be Killin Em,” “Can’t Let You Go,” and “You Make Me Better.” In case you missed your chance to see Grant & Duval, Matt and Kim and Fabolous, check out the photo recap below!