To assume frat-boy fashion is a monolith is a gross misunderstanding. And to assume it’s all about labels and “flexing” means you don’t know the right guys. At Miami, labels reign Supreme—literally.

Don’t judge a book by its three-lettered cover. Ask a friend to envision a frat boy—an image of a guy in a Vineyard Vines shirt and backwards baseball hat might come to mind. But the infamous “Brad and Chad” phenomenon that is usually coupled with fraternity culture does not match the aesthetic at the University of Miami. Instead of this “preppy” look, you’ll find UM brothers sporting designer sneakers and brands like Off White and Gucci.

“Fashion in fraternities is trying to look like you don’t care, but meanwhile you definitely do care,” said former Sigma Alpha Epsilon President Will Rosenberg. “I think there’s something about being seen without trying to be noticed. I think it’s appropriate to wear fraternity merch at tailgates, or occasionally on campus, but I think a lot of kids overdo it with repping. A lot of kids like to hide behind the idea of the frat rather than be themselves. I think that’s something people should watch out for.”

Frat-boy style is not one-size-fits-all. Every fraternity has its own vibe, according to Omega Psi Phi senior Hasani Knight. He emphasized that in the National Pan-Hellenic Council fraternities, referred to as the Divine Nine (D9), individuality is largely attributed to Black culture. “The D9 is mostly based on Black culture and uplifting the Black community. I think that’s the great thing about my fraternity. They take you as you are, as long as you uphold the principles that make a man. You are a man of that fraternity regardless of how you look or how you dress.”

There is a certain look for some Miami men. When asked about ripped jeans, a seemingly trendy staple for frat boys, almost every guy laughed and agreed that destroyed denim has worked its way into their wardrobe. “Before I came to Miami, I was like ‘why would you pay for something that already has holes in it?’” said Phi Delta Theta senior John Zachary Roberts. “But now, I love my ripped jeans.”

As it turns out, ripped jeans were not the only new addition to many of these boys’ closets. In fact, many found themselves in the market for buying accessories like chains. “I wouldn’t have considered buying a chain before coming to Miami, and now I’m in the market for a good one,” said Toby Kamish, a junior in Sigma Alpha Mu. Frat boy style is also largely dependent on the year and your own fashion journey. Taj Bland, a senior in Kappa Alpha Psi, looked back on his fashion choices. “I’m not really a designer person, but I own a Gucci belt. I bought that freshman year,” Bland laughed. “I was dressing up for this charity event. I didn’t want to be flashy, I just had always wanted one. Later I kind of regretted it. I was like, ‘Can I return this?’”

Rosenberg said he has also tamed down the frequency of sporting Greek letters. “I felt like freshman year I had to wear my fraternity letters like more than half the week,” he laughed. “I honestly don’t know why, I just thought it was cool. But I think the older you get, the more you learn you have to do your own thing and make your own style.”

One thing that all the boys seemed to stress was the importance of having a few go-to outfits for class and for the club. “I like floral shirts or short-sleeved button-down shirts with patterns, a nice pair of earrings, shorts and sneakers,” Roberts said. “That’s like the only way guys express themselves. Girls have all the fun. Guys have, like, a button-down.”

Everyday frat fashion is more personal to Bryce Pickett, a member of Alpha Phi Alpha. “Joining a fraternity made me take into consideration how I was portrayed in a public light. As a leader and member of a D9 organization, you are placed on a platform which almost always makes you the center of attention,” Pickett said. “When representing my organization on a professional level, it is imperative to put my best foot forward in all aspects—this includes fashion.”

To the right frat fashion stars, style is more about showing off who you are, not just the letters on your back.

Frat fashion is more about self-expression than anything else. Patric Hyland, a junior in Sigma Chi, knows how to take his style to the next level.In a viral TikTok, Hyland showed up to his Zoom class dressed in various themed outfits with matching virtual backgrounds. From a wetsuit and goggles with a tropical reef backdrop to safari clothes and a banana with a rainforest setting, this video amassed over 323,000 likes. Hyland says the clout hasn’t gotten to his head. “I was bored in quarantine and wore a Hawaiian shirt to all my classes one day. I made my background a beach for one class, and my professor loved it and asked, ‘What’s next class’ theme?’ I think it was funny,” said Hyland. As for when he’s not in a Zoom class? “I roll out of bed, throw on flip flops, T-shirt and shorts.” 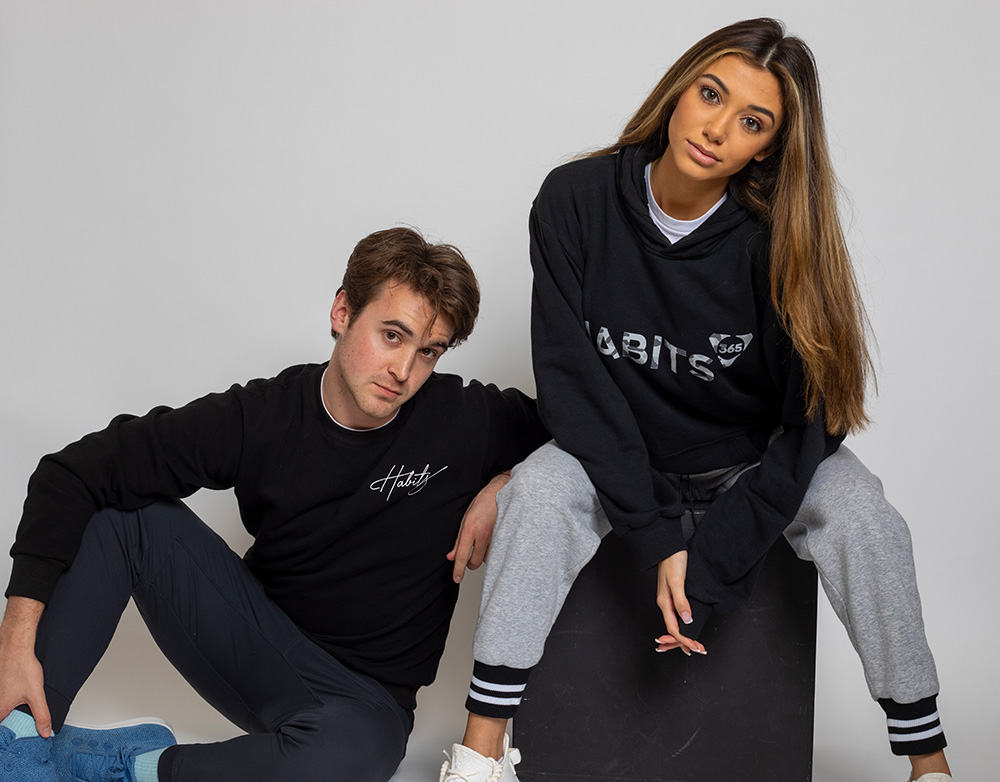 Trendsetter of the Week: Vivian Braga