Getting to Know Palomino Blond

Palomino Blond is an alternative rock quartet based in Kendall, Florida. Formed in late 2017, their EP appropriately titled Demos was released in September 2018.

After running into Carli Acosta and Kyle Fink, the two lead-singers/guitarists, at the TOPS show Friday, June 20th, I immediately propositioned them for an interview, which they kindly agreed to, that we conducted the very next day at Tea & Poets in Coral Gables.

“Back to the scene of the crime,” Kyle jokes, they played a gig at the gift shop-café hybrid last May. The set was great vibes; a variety of young people in a brightly lit store, surrounded by crystals and funky sunglasses, gathered by the sound of energetic music and charged by the talent responsible. It was the first time I saw them live. My friends and I all bought t-shirts with tarot card-like designs as well as a handful of (free!) stickers with the band’s name superimposed onto the title card of Buffy The Vampire Slayer that now adorn all my hydro flasks.

The second show I was able to catch was a little over a week later at Space Mountain, a makeshift art-gallery on NW 67th Street described on its website as a “space for unfettered experimentation and collaboration among artists and communities,” and a favorite gigging venue for the band. Unlike Tea & Poets, this venue resembles a studio apartment and isn’t located in a brightly lit shopping plaza.

Space Mountain shows are usually hosted by an art collective. The night I went was presented by a collective that goes by a name that Carli was initially hesitant to repeat. But I persisted, and she blurted, “Church of the Cosmic Cunt.” (That did make a lot of sense). The bathroom was decorated with rose petals, and the mirror shared a message about the beauty of inclusivity and the importance of fostering a safe place for everyone. In the room around the corner, there was a small TV with a VHS tape of an up-close look at a very natural birth.

As we compared our shared memories of the gig, which was their last for the summer, I recalled a moment near the show’s end when Carli took her shirt off in response to the near insufferable heat by that point. Before playing the rest of the set in a tank top, she made a note of the fact that if a guy could do the same thing then it isn’t a big deal. Though I didn’t verbalize why, I was prompted to ask her if she was a feminist. She responded, “It’s one of those things that I think everyone should be.” Though I fully expected this answer, I was very glad to hear her say this along with Kyle’s eager head nodding in agreement.

That gig wasn’t their first time playing a feminist agenda pushing show. Actually, their first ever gig as a four-piece was an underground show at FIU called Riot Girl for Planned Parenthood on April 13th of last year. It was a secret show and they played under the scientific name of the spider that serves as the band’s namesake, Aphonopelma chalcodes, a species of tarantula. Delightful.

Still, the difference between the two gigs I went to was a little jarring, and I began to wonder what box Palomino Blond fits in. As Kyle puts it, they don’t belong in one.

I was only able to meet with Carli and Kyle that day as drummer Jake Karner was in Chicago and bassist Raven Nieto busy at work, but the latter two were kind enough to give some quotes via email. They consistently spoke about the collaborative relationship with the rest of the band as well as the influences and role models within the Miami alternative scene itself,  including Raven’s former band Sedgwick. It’s a scene that each member of the group practically grew up in and allowed them all to be acquainted with one another far before the band had even officially grouped.

Each member recalls their early years within the scene fondly— and it’s not hard to understand why. From what I’ve been told, it sounds like a bunch of kids gathering in backyards and putting on shows around Kendall for just a few dollars. “We were so young,” Carli explains, “no one was booking us, we had to make our own space.” Eventually, the shows and interest surrounding them started to expand to bigger venues such as Space Mountain, but the ethos of the DIY punk scene remains a constant especially with the “sliding scale.”

For those unfamiliar, (it’s okay, so was I, as well as utterly astonished) the sliding scale is a pricing unit frequently used at DIY shows that allows an attendee to essentially choose their donation to the artists based on a set scale (the Space Mountain scale, for example, was between $5-$10). Allowing fans flexibility in payment not only brings traction to the shows but pushes the idea of inclusivity and togetherness that local musicians thrive on.

Kyle fronted his own punk band that disbanded when he was 18. Carli lead an all-family indie-surf group that also broke up around the same time. The two were suddenly free-agents seeking a new sound. Carli and Kyle’s first jam session took place on October 2nd, 2017. The exactness of the date is quickly referenced as the day Tom Petty died. Carli explained that the events occurring in her life at the point gave way to the energy of what would become her latest creative endeavor. “I was working customer service, and going through a breakup, and writing all these emo-ass songs, and then I met Kyle and showed him the riffs for some songs.” The songs were “Damage” and “I’m Not Rite 4 U” (the latter of which is available on Spotify). She also brought him an early version of the riff for “Creature Natural,” the song both guitarists claim was their first true collaboration. Kyle credits it as essentially “what the band was built on” and proceeded to liken the process of creating the song as being high on crack.

Carli and Jake were familiar with one another through their high school’s jazz band while they were both involved in other projects. Though, being familiar with each other on a personal basis (Carli often refers to Jake as her brother-in-law as she and his sister Brooke have been dating long before Palomino Blond formed) as well as through the music scene, the two were often jamming together anyway until Carli finally convinced him to join her and Kyle. As a drummer, Jake has been around the scene, to say the least, as he was involved in a “reggae rock fusion project and a pop-punk band” during those years. He is also currently the drummer for local indie surf-rock band the Polar Boys (the other PB). When I asked if there was any toll that came with working for two very distinctive sounding bands, he explained that he could physically play drums “all day” as it is his “favorite creative outlet” and could therefore not grow tired of it. The only real challenge is finding the mental stamina to “juggle and balance” his already bloated calendar to avoid conflicts between the two bands.

By January 2018, the three of them were holding practices in Jake’s garage. They were hunkering down the guitar-heavy sounds of “I’m Not Rite 4 U” when Raven caught wind of what was happening after running into Kyle at MDC Kendall. “He’s our social butterfly” Carli adds. Not long after he was coming over and jamming as the unofficial fourth piece, though he hadn’t played bass since his band Sedgwick broke up a few years prior, the other three members of Palomino Blond were more than happy to have him included. At 23, he is the oldest member and has been involved in the alternative scene the longest. He had a hand in booking Kyle’s first show when he was 14, and Carli even remembers going to Sedgwick shows when she was just getting the hang of the guitar. So, Raven’s inevitable inclusion in the band is an ultimate collision of musical destiny.

Each of their distinct pasts can be heard in the eclectic sound that makes up Palomino Blond. This fluidity in their genre was very freeing for the two guitarists as they saw as opportunities to branch out from the genre’s they started in as Kyle began focusing on a more polished pop sound as exemplified on “Crashing Cars” versus Carli’s harder songs that initially inspired the project. Kyle says that their goal is to be “as modern as possible” and that a lack of cohesion is their best bet to achieving their most realized sound. “We for sure have roots,” he explains, “but every song should not sound the same, they should just happen.” A self-proclaimed rock purist, Carli says the sound of Palomino Blond can be best be described as alternative rock, though they acknowledge that they are on a spectrum that can waver to shoegazing to emo and even to ska. With the two leads experimenting with fresh guitar sounds, a solid rhythmic foundation is very necessary as Raven describes Jake and himself as the “spine and waist” of the band. “Raven is the dad and Jake is the mom” Carli clarifies, “which is weird because Jake is my brother-in-law, but also there’s no need to be heteronormative about this, they can both be the dad or the mom.” Given their backgrounds and their current creative approach to music, Palomino Blond is very much like a tight-knit family with a fresh perspective.

Palomino Blond’s last tour was last summer which gave them the opportunity to play in Austin, Texas. They are excited to release dates for their forthcoming shows within the month and are particularly eager to continue playing shows in collaboration with other Florida bands such as Teen Divorce from Jacksonville and Tallahassee’s Pool Kids. They’ll be playing a Halloween gig in Gainesville themed “Queers in Space” as a warm-up for their set at The Fest (an annual DIY punk festival going into its 18th year) and are in talks for a tour around Florida. When asked when a debut album can be expected I was initially told late 2019, but Kyle quickly replaced that answer with “early 2020, possibly.” Though that may not be the answer fans want to hear, I’m sure it will be worth the wait as he adds that they are “just so focused on the present and the future.” Here’s to hoping that the future will be bright. 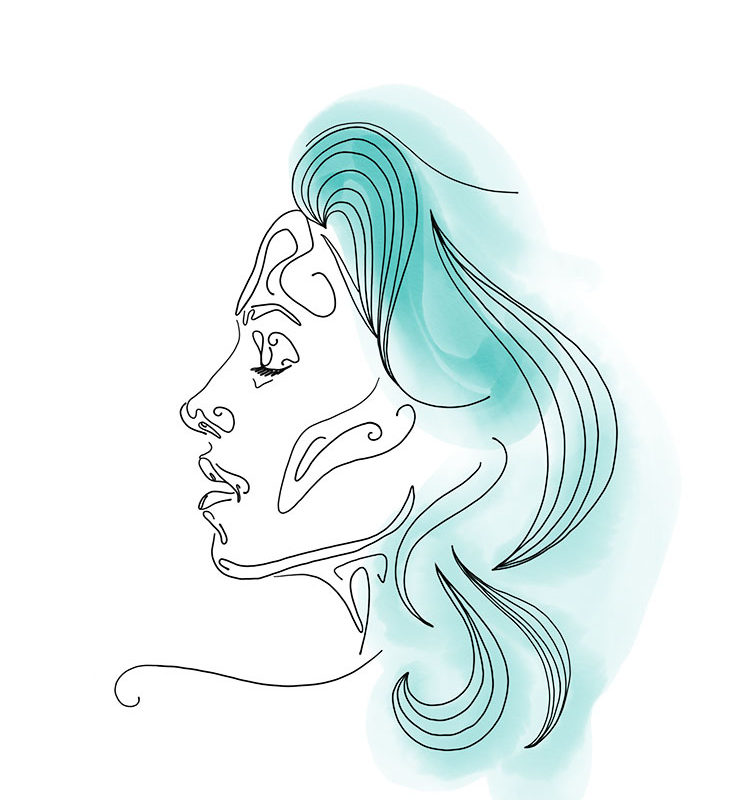 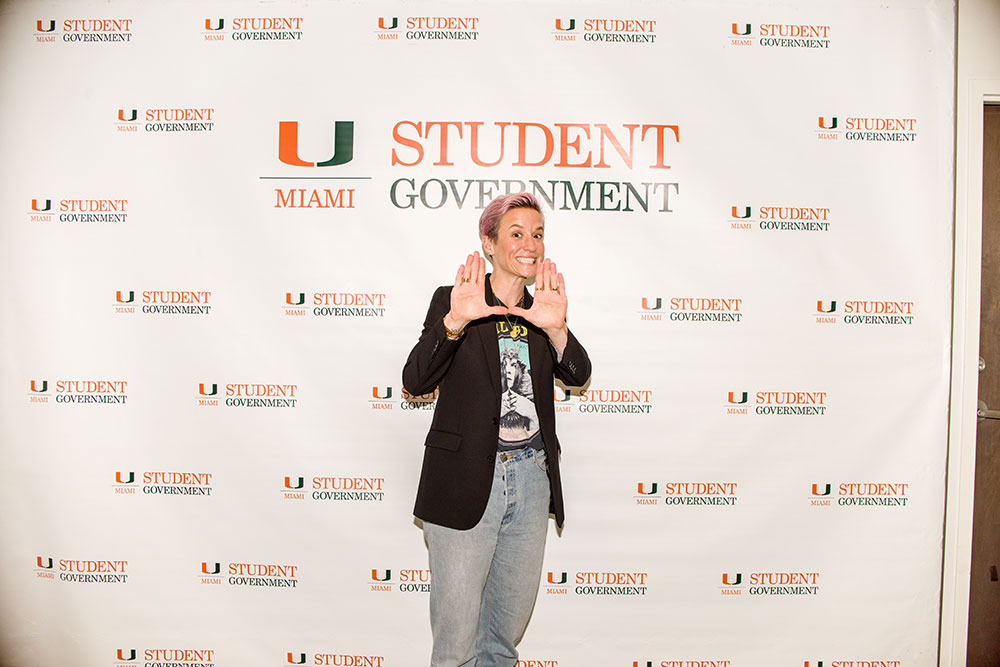 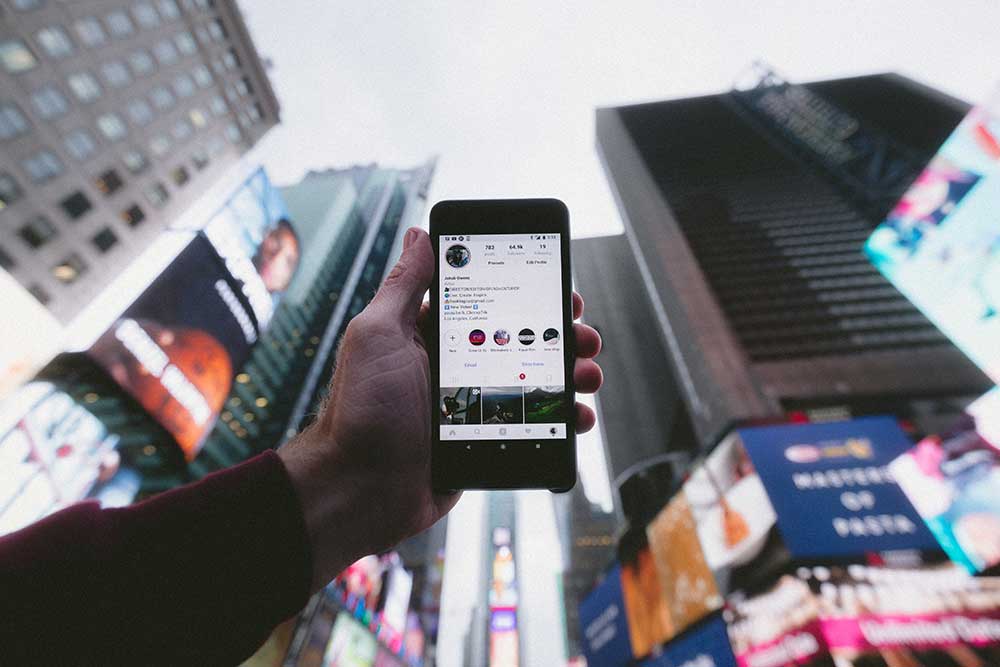