Go Your Own Way — The 1970s Counterculture

The year is 1974. Tie-dye, bell-bottoms and denim everything are all the rage. Pink Floyd drifts from a passing Ford Mustang, and President Richard Nixon has resigned. Vietnam protesters flood the evening news, feminism sweeps the nation and Woodstock music festival is a recent, drug-colored memory.

This free-spirited, politically-charged environment can be traced to the 1950s and ’60s when many women, African Americans, the ederly and LGBTQ community members fought vehemently for equal rights. At the same time, this political activism spawned backlash from supporters of traditional social values and family roles. Many working- and middle-class white Americans embraced conservative views, forming “the silent majority.”

Yet, the early ’70s aren’t remembered for their conservatism. The liberal, hippie-inspired counterculture from the 1960s continued to flourish—awash with new music, ideals and political activism. And as the new decade rolls around, there’s evidence that 2020 might produce a similar renaissance of countercultural ideals.

“People that study modern history call our generation hippies with better weed,” said Matt Ertle, a University of Miami senior majoring in political science and history. The whole story, of course, is a little more complicated.

The most surface-level resurgence of the 1970s can be seen in fashion. In the 1970s, “long hair and outrageous clothing became the norm for Americans of all political and social backgrounds,” according to an article by Texas A&M history professor Dolph Briscoe IV. People paired bell bottoms with flowing tie-dye tops, fringed sweaters and circular, tinted sunglasses — think John Lennon.

And now, this colorful, bohemian decade is back. “I think because the counterculture is on the rise, a lot of people are looking back to the ’70s for their fashion,” said UM junior Angelica Defalco. In 2019, even Paris Fashion Week declared the ’70s chic.

The 1970s “have slipped into rose-tinted memory, the embarrassing parts forgotten along the way,” according to The Guardian. “The decade is coming to stand for classic chic, in the way that the ’50s previously did before being consigned to ancient history.”

Model and influencer Gigi Hadid was recently spotted sporting bell bottoms, while bralettes have been a favorite of style icon Kim Kardashian for decades—even jean dresses are back. Defalco noticed the ’70s resurgence most prominently in our generation’s choice, or lack of choice, in undergarments.

“I see more and more women just completely ditching the traditional bra,” Defalco said, adding that the bra protest is a huge indicator of a counter culture revival.

The Dark Side of the Moon

While fashion may have defined this decade, music breathed life into it. ABBA, the Bee Gees and Donna Summer dominated disco, while the Rolling Stones, Van Halen, Pink Floyd and Queen redefined rock.

1971 “saw the release of more influential albums than any year before or since,” said British music critic David Hepworth in a 2016 Pitchfork interview.

The poetic, meaningful lyrics of Led Zeppelin and the raw instrumentals of Queen can make today’s music seem mass-produced, auto-tuned and meaningless in comparison.

Today’s music industry trends consist of “sub-par talent being propped up by these companies, because they can make money off of a face,” said Ertle. “Back in the ’70s, you had so many unique sounds, and it was such a time of innovation.”

EDM, or electronic dance music, has skyrocketed in popularity primarily due to technological advancements. Through Spotify, Soundcloud and YouTube, anyone can mix beats and share their creations with the world.

While critics may argue that EDM lacks substance, its rise shares many similarities with the booming music scene of the 1970s. After losing faith in the Nixon administration via the Watergate scandal, young people developed a deep distrust for the government, turning to music as an escape. Likewise, the birth of EDM stemmed from arguably the greatest economic upheaval since the Great Depression; today’s young people were looking for an escape and discovered it in EDM. We are, in Godard’s opinion, “a generation that is simultaneously more connected to each other and seemingly more detached from reality than ever before.”

A snapshot of 1970s music culture would not be complete without Woodstock, widely characterized as the music festival that changed the world. On August 15, 1969, an estimated half a million people flooded a dairy farm in upstate New York for an unparalleled three-day music experience.

“There has been no violence whatsoever, which is really remarkable for a crowd of this size,” said the festival’s chief medical officer, Dr. William Abruzzi in a New York Times article from 1969, immediately following the festival. “These people are really beautiful.”

In addition to music, many historians credit the collective chill vibe of the ’70s to an abundance of new drugs.

“The adage ‘sex, drugs and rock & roll’ can best be used to describe the music scene in the ’70s, an era where all genres were fueled by everything from alcohol and marijuana to cocaine and Quaaludes,” according to Rolling Stone. Many Woodstock festival goers used psychedelic mushrooms, smoked weed and tripped on LSD, known as acid, to heighten the sights and sounds of the decade.

Instead of using stimulants for a more exhilarating party experience as people often do today, hippies used drugs to make a statement or to simply feel more connected to the world.

Today, psychedelic drugs are on the rise. Most often used recreationally, they are now being integrated into the healthcare field to treat, among other conditions, mental illness. Some healthcare professionals are “using [psychedelics] to treat PTSD in veterans and also depression and anxiety,” said Defalco, a psychology major.

With the drug ketamine rising in popularity, our generation is recognizing the appeal of dissociation. While psychedelics and MDMA, commonly known as molly or ecstasy, increase energy and enhance musical and visual stimulation, ketamine instead produces a floating, out-of-body experience.

“Thought-trains jump their tracks, anxieties float off like helium balloons, and everything becomes silly and warped, like filming a movie through a camera with a fish-eye lens,” said Anna Silman in The Cut.

“If every generation of partiers gets the drug that speaks to them—the psychedelic ’60s, the coke-and-disco-fueled ’70s, and the MDMA-hued early aughts—then perhaps the end of the decade marks the dawn of the dissociation generation.”

Although the 1970s arguably did not see as much eviromental and social activism as previous decades, those issues drew a great deal of interest. The first Earth Day was celebrated in 1970, and that same year, Congress passed the National Environmental Policy Act. Two years later, Congress approved both the Clean Air Act and the Clean Water Act, largely in response to pressure from youth protesters.

“How dare you?” said 16-year-old Thunberg to adult lawmakers at the 2019 UN Climate Summit. “You have stolen my dreams and my childhood with your empty words. The eyes of all future generations are upon you. And if you choose to fail us, I say: we will never forgive you.”

Youth activists today are also taking a vehement stand for gun control. When 17 people were killed at Marjory Stoneman Douglas High School in Parkland, Florida in 2018, the students decided that “thoughts and prayers” were not enough; they took a stand on a national level.

“These students have become the central organizers of what may turn out to be the most powerful grassroots gun-reform movement in nearly two decades,” according to Time magazine.

Students from 1970 until today seem to embody the same hope that collective lobbying and protesting can change their world.

“We showed that we are united and that we, young people, are unstoppable,” said Thunberg.

However, the most direct parallel to the ’70s today seems to be present in electoral politics. Dr. Fraser, a UM history professor who will teach a course on American politics post-1960s in the fall, cited a declining American economy, cultural conflicts and an uncertainty about the United States’ role in the world as chief similarities between the two periods.

“There’s a sort of social turmoil that is similar today to the 1970s, which is often driven by the feelings of resentment, anger, frustration, vulnerability and anxiety that white Americans feel based on their uncertain position in the American economy,” said Fraser. “These feelings are often, but not exclusively, around matters of race.”

“Nixon and Trump have very similar grassroots political movements,” said Ertle. “They spark a sort of conservative uprising within their parties that will [change] and has changed the course of the United States history and political discourse.”

In response to the vocal social and political movements of the 1960s concerning civil rights and women’s rights, a more conservative party grew powerful.

“This vocal minority that was taking over college campuses, staging sit-ins, marching on Washington and taking drugs became a subject of real resentment on the part of those conservatives,” Fraser said. And although Fraser’s statement was in response to Nixon’s rise to power among conservatives in the early 1970s, the same could easily be said for Trump.

Presidents Nixon and Trump both appealed to conservative Republicans who felt that their voices were not being heard. In comparison with Nixon’s capture of the silent, conservative majority, “Donald Trump’s call to ‘Make America Great Again’ does similar kinds of work,” Fraser said.

With these similarities between decades in mind, is it fair to say that the ’70s are back? Our generation, it seems, has embraced a kindred sort of personal liberation, which is the core of the spirit of the ’70s. Of course, the 1970s may have produced more change, but our generation may very well be on its way.

“Many young people were using their hard-fought freedom to simply do as they pleased: to wear what they wanted, to grow their hair long, to have sex, to do drugs. Their liberation, in other words, was intensely personal,” according to History.com.

“I think that a big part of being our age is opening your mind to more, to questioning, to standing up for what you believe in,” Defalco said.

“We should all be able to accept each other for our differences because, at the end of the day, that’s what being human is.” 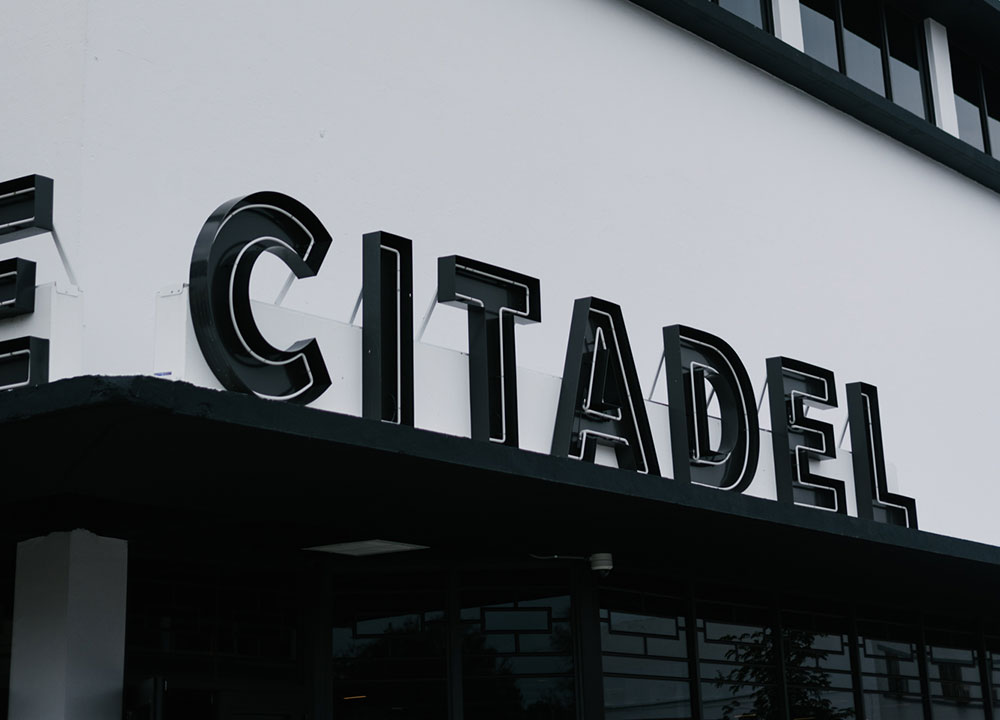 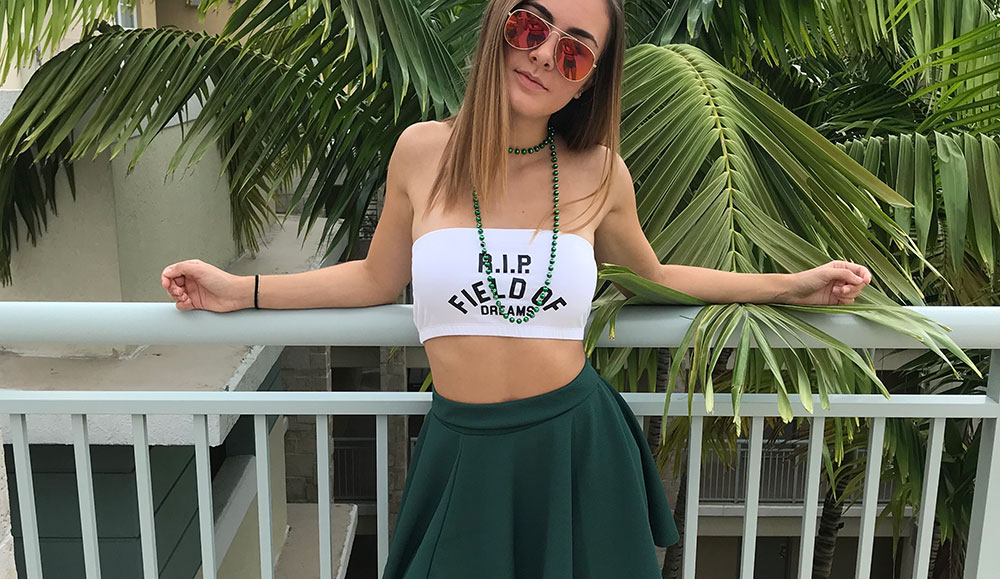 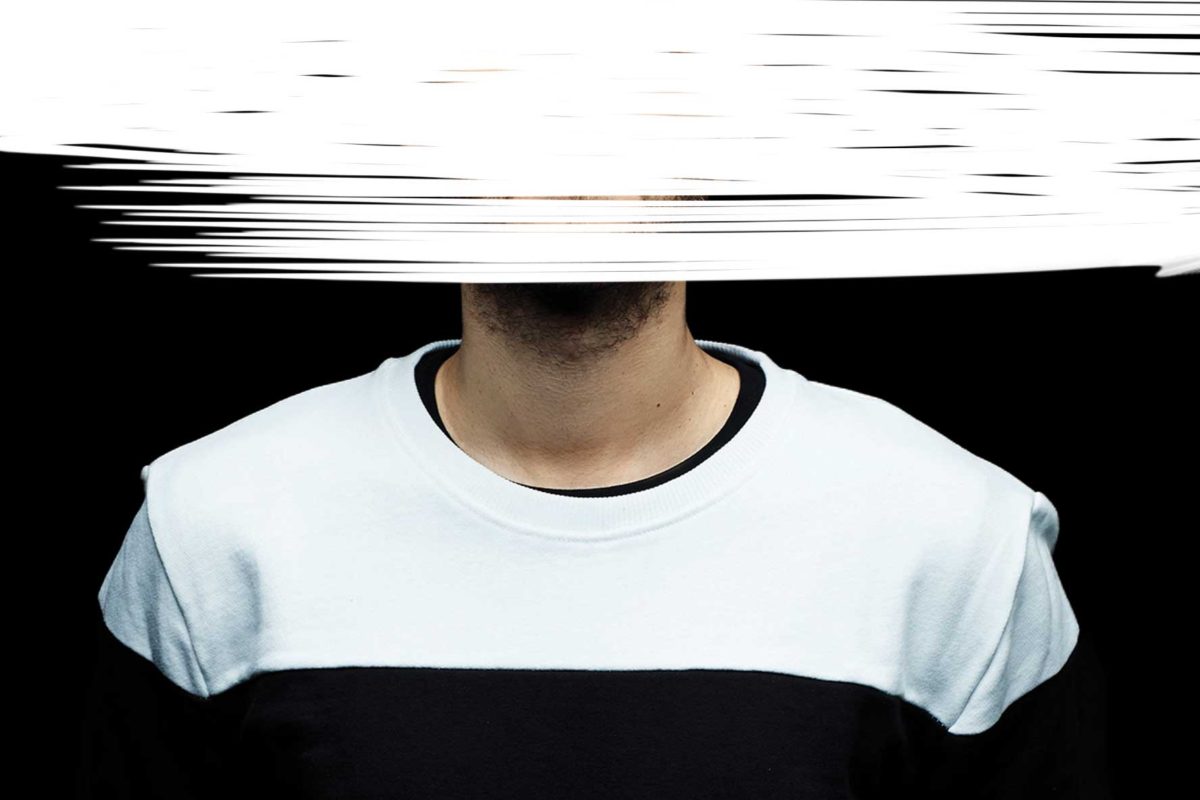 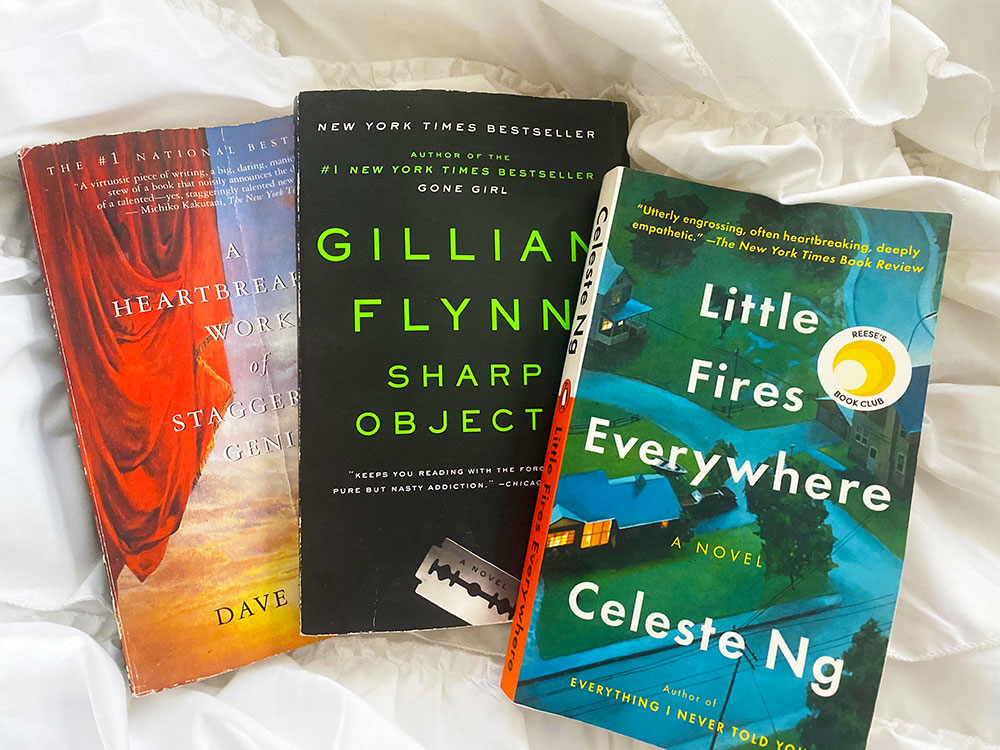 Four Books You Won’t Put Down During Your Quarantine