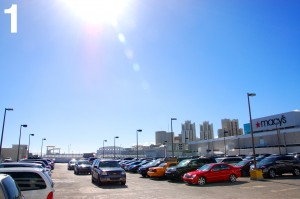 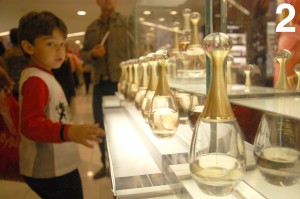 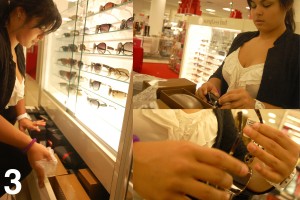 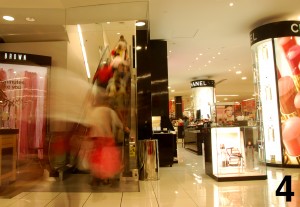 Americans are expected to spend nearly $470 billion this holiday season.  For Miami natives and UM students alike, Dadeland Mall is one of South Florida’s iconic holiday shopping destinations.  The 1.5 million square foot complex, opened in 1962 and renovated  five times since, is the second largest shopping mall in Miami-Dade County, and one of the fifty largest in the country.  These photos were taken at the mall on Wednesday, December 21st, 2011, just four days before Christmas.  With more Americans opting to wait to finish holiday shopping until the last minute this year, it was likely a very good day for retailers inside the mall.

2. J’adore – A boy admires the interesting display and packaging of the popular J’adore by Dior perfume in a department store at Dadeland Mall.

3. Seasonal – Erika Vizcarrondo, 18, just finished her first semester of college at UCF.  For her second semester, she is transferring to Miami-Dade College, and for her sophomore year, she plans to transfer to UM to study chemical engineering.  She took a job selling sunglasses in a department store at Dadeland Mall in order to make money over winter break, and plans to remain after the holiday rush because she enjoys the work.  “I like the atmosphere because it’s really positive,” she explains. “It’s not like you have to sell sell sell.  It’s more about giving people a positive and personal experience.”  In this photomontage, Erika unpacks and prepares Gucci sunglasses for display four days before Christmas.

4. Escalator – Crowds of people rush up an escalator in a department store inside Dadeland Mall the Tuesday before Christmas, during the busiest shopping week of the year.

Take a Trip Down South 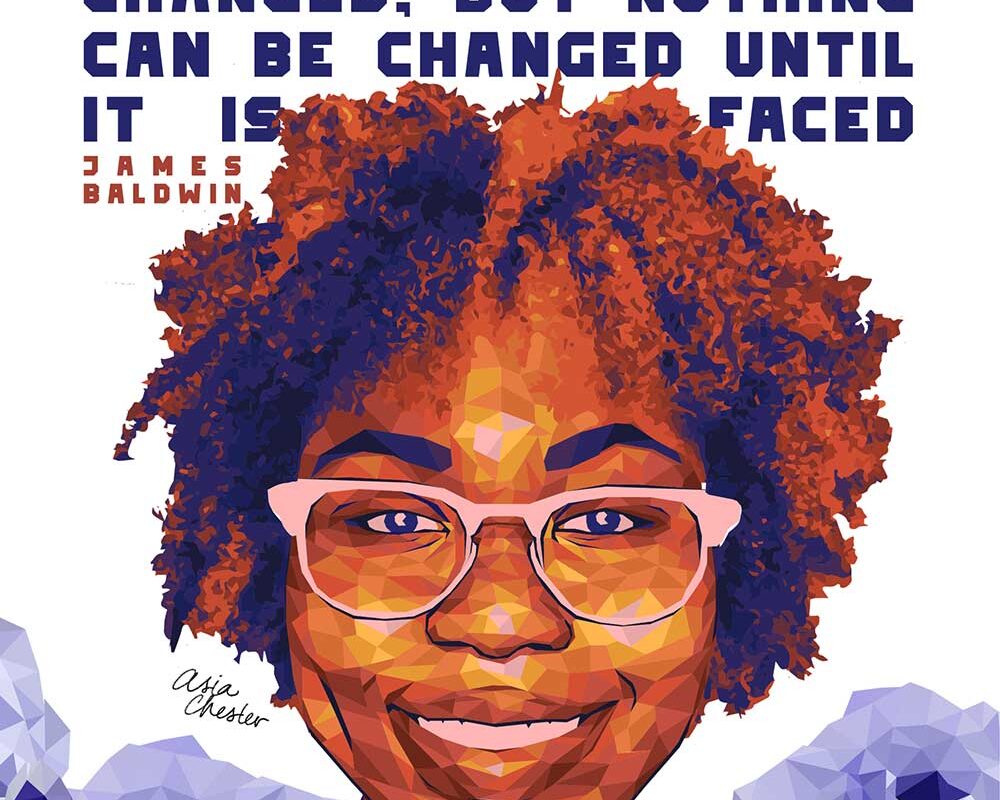 As One Of The Few Black Faces