This past weekend was the 15th annual South Beach Wine & Food Festival and it was filled with good food and even better wine Editor-in-chief, Rori Kotch got the chance to step inside and take a bite (literally).

Here’s a run-down of how it went:

It all started at 11:15 a.m. on SoBE, I arrived prepared. Sunscreen applied, iced coffee in hand and external phone battery in tow– I was #ready. By the time I rolled up to the Goya Grand Tasting Village at around 11:40 a.m. the line was already snaked around the ropes, but after a short while the gates opened. The line moved quickly and  before I knew it I was inside my own personal heaven. There was an endless amount of food and an even more endless supply of alcohol. I can honestly say, this was one of the best days of my young life.

This place was a self-proclaimed foodie’s dream. Without any exaggeration I could honestly say that I sampled at least 20-30 bites from restaurants all across America accompanied by at least 7 small different glasses of wine from all over the world and that’s the count without the cocktails… (whoops). Just a few of the many notable dishes included: bacon cheeseburger spring roll, Cuban espresso flan with cocoa nib and bittersweet chocolate ganache, maple bacon doughnuts, bagel balls, passion fruit s’mores and at least 10 different ceviches.

This environment not only satisfied my existing tastes, but it also allowed me to expand my palate and try new things. I went completely outside my comfort zone and I tried things like veal heart, tripe (stomach) and tounge (I apologize to my vegetarian friends). But seriously, if you’re looking to try the more adventurous types of foods in a non-judgmental environment, this is the place to do it.

While the food was delicious and the drinks were refreshing, there were also celebs in attendance including celebrity chefs Rick Bayless, Andrew Zimmern, José Andrés, Emeril Lagasse– talk about a squad.

I got the chance to see some of my idols cook their favorite meals. My personal favorite was Iron Chef and James Beard Award Winner, Michael Symon who made Smoked Pork with Kielbasa, Cabbage and Apple Dumplings, a common summer-staple in his household. Sidenote: for those of you who watch Symon on T.V. on the reg like I do, his laugh is real and it is glorious and for those of you who don’t know what I am talking about click this and jump to 5:32 (unless you want to learn how to make a killer risotto, in which case, watch the full video).

I also sat in on a demo by another favorite, chef José Andrés who kept the crowd nothing short of entertained by playing “baseball” with a leg the leg of Iberico ham, flung plates of ham into the audience like frisbees and letting members of the audience sample food.

In total I spent a good five hours walking around, eating and drinking in the Grand Tasting Village. I might have blown my diet, but I had the time of my life doing it.

Rori Kotch, senior, is currently the Editor-in-Chief of Distraction Magazine. When she’s not working, she can be found jamming out to Beyoncé, looking at pictures of pugs and dreaming about pizza. Follow her on twitter @rorikotch. 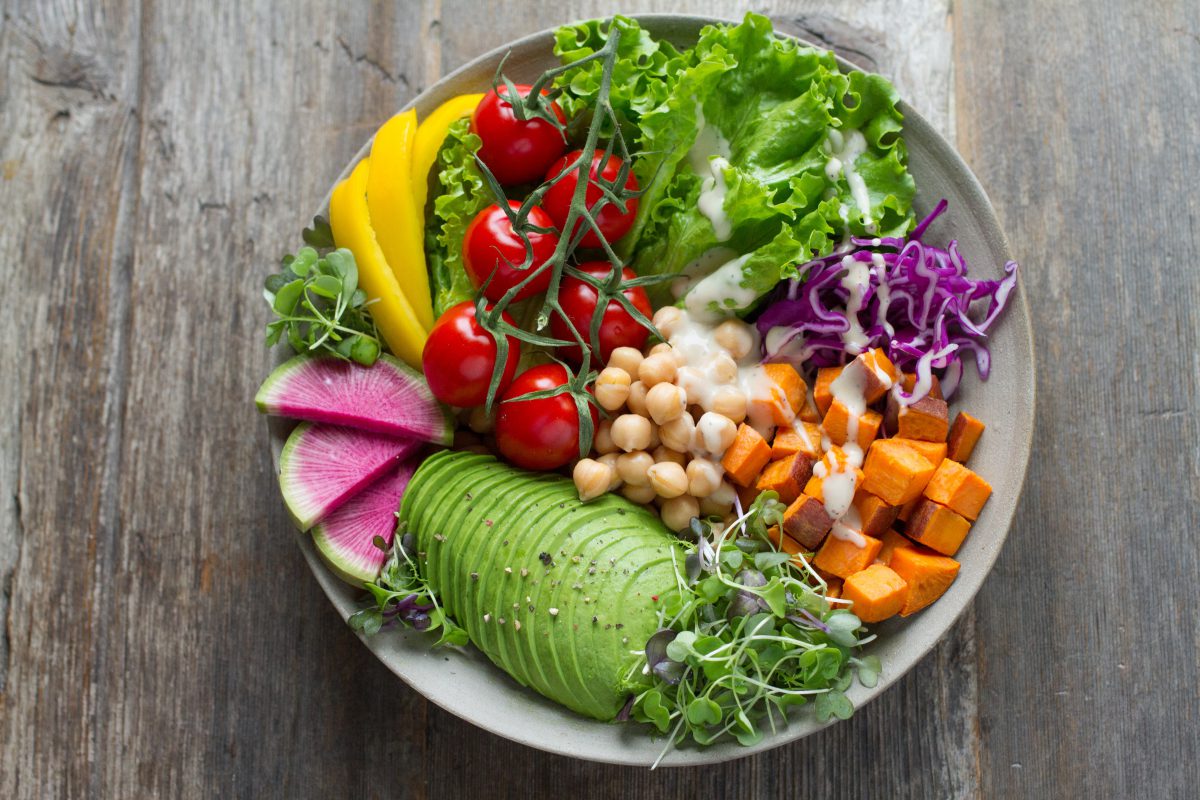 Becoming Vegetarian: A story about the day I chose veggies over meat