Inside the Justice System: The George Zimmerman Trial

After sixteen months, the George Zimmerman trial began on June 24th. Zimmerman was on trial for shooting and killing Trayvon Martin following an altercation in February of 2012. The charges that were brought against George Zimmerman were for second degree murder which carries the possibility of life in prison.  The prosecution later added the charge of manslaughter which carries a sentence of 30 years in prison. Zimmerman admitted to shooting Trayvon Martin but is alleged that it was done in self-defense after being attacked by the teen.

The case wrapped up on July 12th with both the prosecution and defense resting their cases and allowing the jury to deliberate. The prosecution tried to paint Zimmerman a frustrated wanna-be cop that decided to take the law into his own hands. They called a variety of witnesses including ear and eye witnesses, responding law and medical professionals, Zimmerman’s professors, his best friend, and a young lady who was on the phone with Martin moments before he died. They also called Martins mother and brother to the stand to testify about who the voice on the 911 call belonged to. The defense had their own witnesses including Zimmerman’s family members to testify that it was Zimmerman not Martin screaming on that 911 call. The one person who did not testify was Zimmerman, a move that some saw as an unofficial admission of his guilt.

The trial was not without it’s emotional moments and moments of levity. The defense attempted to open the trial with a knock knock joke that many deemed as inappropriate and that fell flat. The emotional moments of the trial resulted from showing pictures of Martins dead body and the hoodie that he was wearing with the gun shot hole clearly visible. Showing the body has led to a new phenomenon known as “Trayvoning” that is being criticized heavily, especially by those in the African American community.

Choosing a jury was difficult due to the highly publicized nature of this trial. The jury that was chosen is an all-female jury, all but one of whom are white. The sixth juror is Hispanic. The jury was sequestered during the trial in order to protect the integrity of the case.  The identities of the jurors have not been released and their faces have not been shown during the court room proceedings in order to protect them from the public; they are being referred to by letters and numbers only. The information that has been released about the six jurors is as follows (legalinsurrection.com):

Juror B29 – She is a nurse that works with Alzheimer’s patients and has recently relocated to the area from Chicago, she was a resident of Chicago at the time of the shooting.  She used her recent arrival to the area to explain her lack of knowledge about the case and also stated that she does not read the paper or watch the news on a regular basis. She did hear people around her discussing the case however.  This juror has eight children, the oldest of whom is 20 years old. She has been arrested previously but the issue is no longer pending and she believed that she was treated fairly and so she will not hold her arrest against either side in this case.

Juror B76– This was one of the jurors that the state tried to have removed from the jury. She is a white middle aged woman who has lived in Seminole county for almost 20 years. Her previous knowledge of the case was that a young man had been shot and the shooter was injured. She has two children, the oldest is 28. During her questioning, she made a statement wondering why a “kid” was out at that time of night.

Juror B37– This juror has a plethora of pets, two children( the oldest is 26), and has lived in the county for 18 years. She showed a distain for the press and told the attorneys that her newspapers were used to line her pet cages. She remembered the protest marches in the area after the shooting but did not have an opinion about what happened except that it was unfortunate. She’s the only juror to have held a gun permit; the permit at this time has expired.

Juror B51– This juror is retired, unmarried, and has no children. She has lived in the county for 9 years. She only recalled the basic information of the case such as Zimmerman being in the neighborhood watch program. She did admit to the attorneys that she is in fact a newspaper reader.

Juror E6– This was the other juror that the state tried to remove from the jury. She is a white woman with teenage children, the oldest is 13. She has lived in the county for 14 years. She was also previously arrested but that she would not hold it against either side because she believed she was treated fairly and that the arrest pertained to a domestic violence issue. She had seen headlines about the case but did not follow it closely. She had heard the 911 calls prior to the beginning of jury selection and there are several guns in her home. She used the shooting to warn her children of going out at night and doing things that would result in false impressions being given off.

Juror E40– This juror is a white woman in her 60’s who was living in Iowa at the time of the shooting. She has only lived in the county for seven months. She only has one child who is 28 and has previously served on a criminal trial jury. She had heard about the case on the news but did not have time to follow the case due to being busy with work.

On July 13th, after 16 hours of deliberation, this jury found Zimmerman not guilty of second degree murder of manslaughter. The public reaction was swift and divided. The African American community expressed concern for young African American males they know as well as their increased distrust of the criminal justice system. Comparisons were also made to other stand your ground cases and the disparity in sentencing between those cases and this one. There were also protest marches but the majority of these marches were peaceful and there were only a few incidents. Martins parents as well as prominent African American leaders called for non-violence because they did not want to insult the memory of Trayvon with senseless violence.  There were also protest and rallies in many cities this past Saturday. The rest of the American population either did not care about the verdict of this trial, or they did not understand why the African American community was as upset as they were.

President Obama also weighed in on the incident stating that, the jury’s verdict should be respected but that the country needs to understand the anger and hurt of the African American community due to the fact that they are viewing this incident through history and experiences that cannot be erased. He also remarked that he could have been Trayvon Martin 35 years ago (USAToday).

Now that the trial is over, Zimmerman is free to live his life but his life is going to be drastically different. For the time being, he is not going to be able come and go as he pleases for his own safety. He also may not be able to fade into the background just yet as a wrongful death suit is being considered by the family and there is also the possibility of federal charges being filed against him on the grounds that he violated Martins’ civil rights.

Though the public’s opinion on the verdict is divided, this case provided the public valuable insight as to how the criminal justice system works. It also shed light on the state of race relations in the country and the flaws in the justice system. People are now talking and going forward, steps will be taken to address and hopefully fix both issues.

Your Correspondent is Barely Alive and Under Duress: LIVE AT FANTASY FEST 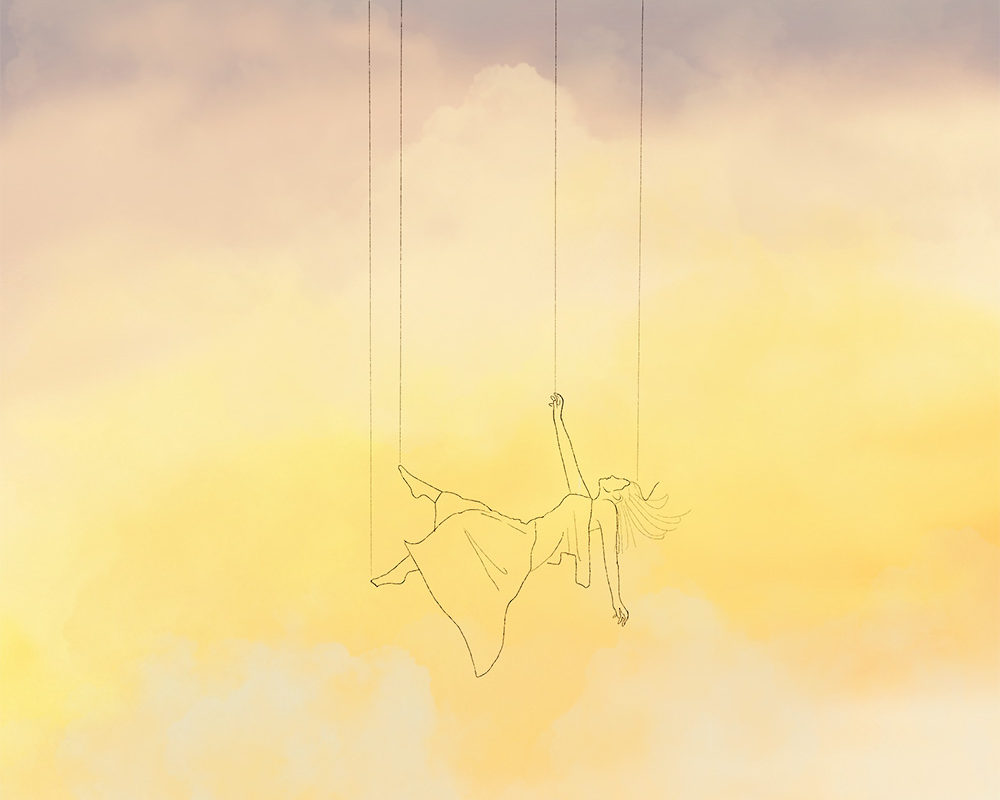 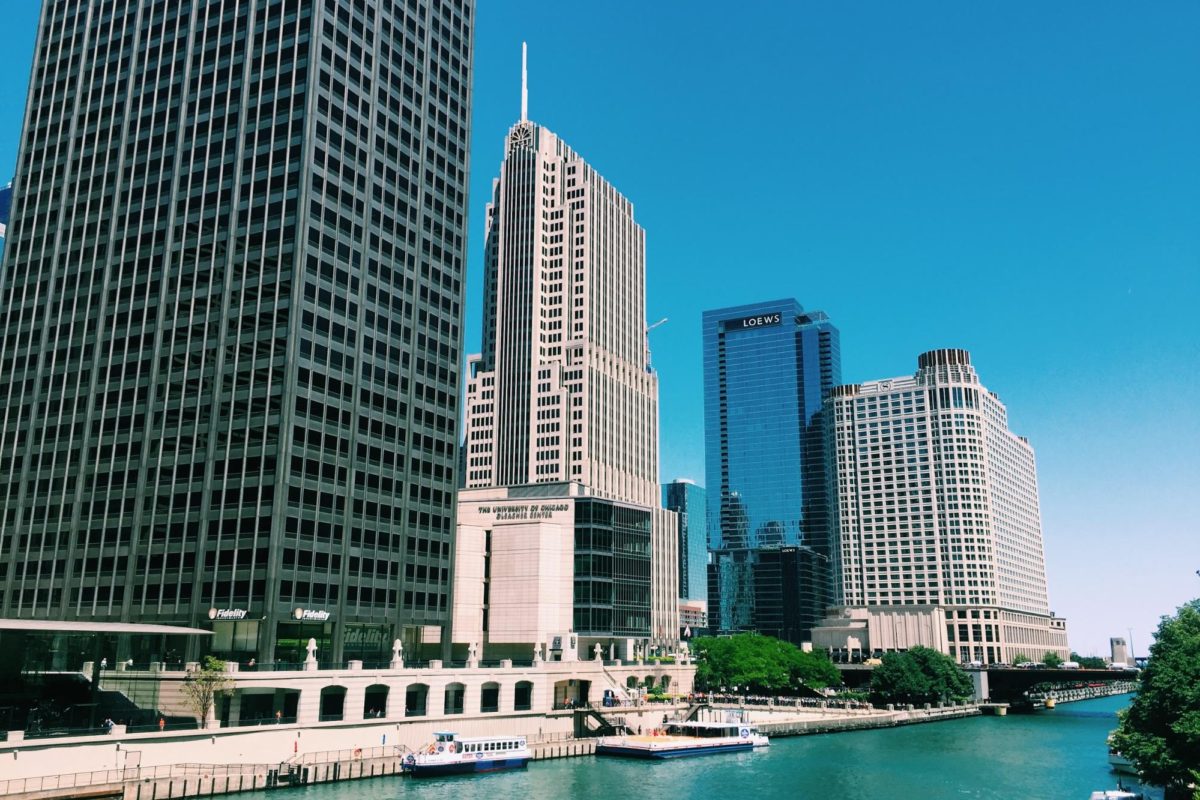 A Guide to Sweet Home Chicago