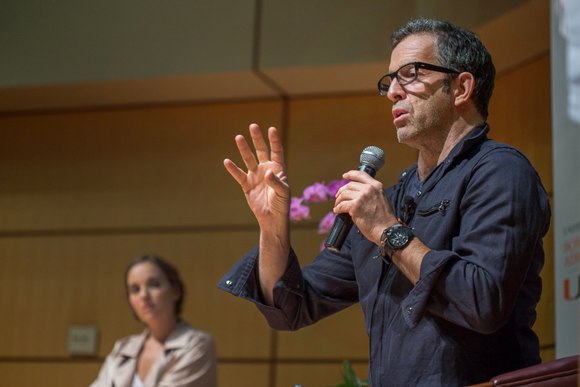 As Heidi Klum says, “In fashion, one day you’re in, the next day you’re out.”

This statement couldn’t be further from the truth for legendary American designer Kenneth Cole, who is celebrating his “30 years bold” in the fashion industry by the release of his coffee table book, This Is A Kenneth Cole Production.

The title is somewhat tongue-in-cheek, as Cole’s brand is officially licensed as a production company. He explained the reason behind that, along with the story of his rise to fame and involvement in philanthropic efforts, to a packed Storer Auditorium this past Thursday. Students and faculty alike showed up for the event, each leaving with a newfound sense of inspiration, business savvy, and an exclusive Kenneth Cole canvas tote. 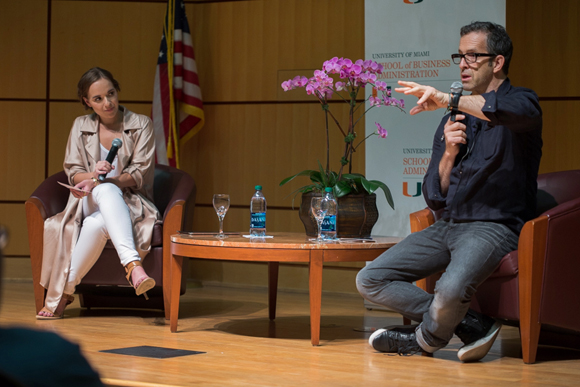 The video stream of Cole’s most recent fashion show that preceded the event defined what the audience already knew about him– that he’s a talented and aesthetically-aware designer. But the interview, conducted by Collegefashionista.com ‘s Amy Levin, revealed his wholesome side. Cole spoke passionately about amfAR, The Foundation for AIDs Research, of which he’s been actively involved with since he incorporated the foundation into his ad campaigns in the 1980s. His involvement coincided with the general mindset of people in the ’80s to “be a part of something bigger than you are,” as Cole described. As a part of his philanthropic initiative, Cole started a shoe drive in which those who brought in a pair of shoes received a discount on a new pair. Several million pairs of shoes were collected as a result of the shoe drive, and soon, the Kenneth Cole brand became synonymous with philanthropy. Cole said, “You have to define your brand on your own terms, and the amfAR campaign redefined the company and redefined the brand.”

Not bad for a company that started out of a 40-foot trailer on the New York City streets. Back when Cole was first starting out in the industry, there were only two options to get your product viewed by buyers– rent a room in the Hilton hotel where thousands of other sellers were doing the same thing; this choice was “not compelling,” as Cole stated. Or you could rent out a showroom in Midtown, which was too costly. “The best solution is rarely the most expensive, but the most creative,” said Cole. As a solution and testament to his creativity, Cole changed the namesake of his business to a production company, which allowed him to rent out a trailer in the middle of the city streets. The craftiness paid off, and Cole was able to sell 40,000 pairs of shoes in two and a half days. 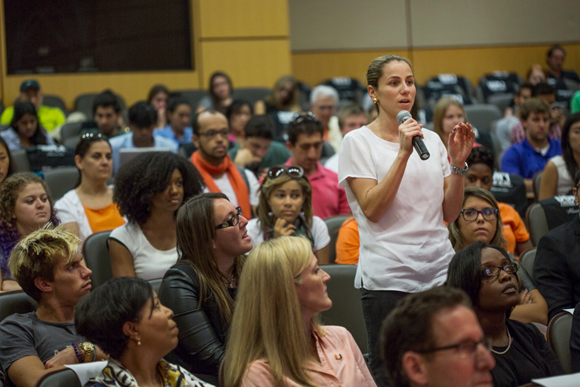 From that humble beginning, Cole was able to transform his brand into an empire that is still relevant today. The relevance is partly in thanks to Cole’s understanding of change, specifically in regards to social media. “Social media has changed the way consumers buy product,” said Cole. He encouraged the audience to become a part of people’s brands by tweeting, “pinning,” “liking,” etc. Rather than discouraging the use of electronics at his most recent fashion show, Cole explained how the audience was instructed to “Turn on your devices” to encourage sharing over social media. The connections that accompany social media has allowed the Kenneth Cole brand to expand globally. He just opened up his 10th store in India, and the brand is recognized worldwide.

“Fashion is the true universal language,” said Cole. Perhaps that is why Kenneth Cole can connect to so many people all around the world. When asked who the “Kenneth Cole girl” is, Cole responded, “She has a strong sense of self. She’s confident, knows what she wants and where she is. She defines herself and how she wants to appear. She’s my female counterpart.” Indeed, Cole is an accomplished, worldly, and intelligent individual. He’s a father, designer, husband and philanthropist. It’s difficult to comprehend how he manages it all. “Drugs,” he answered with a smile. See, he even has a sense of humor.

The Blonde Salad Comes to Miami

Live Sessions with Sins of the Loose Buttons 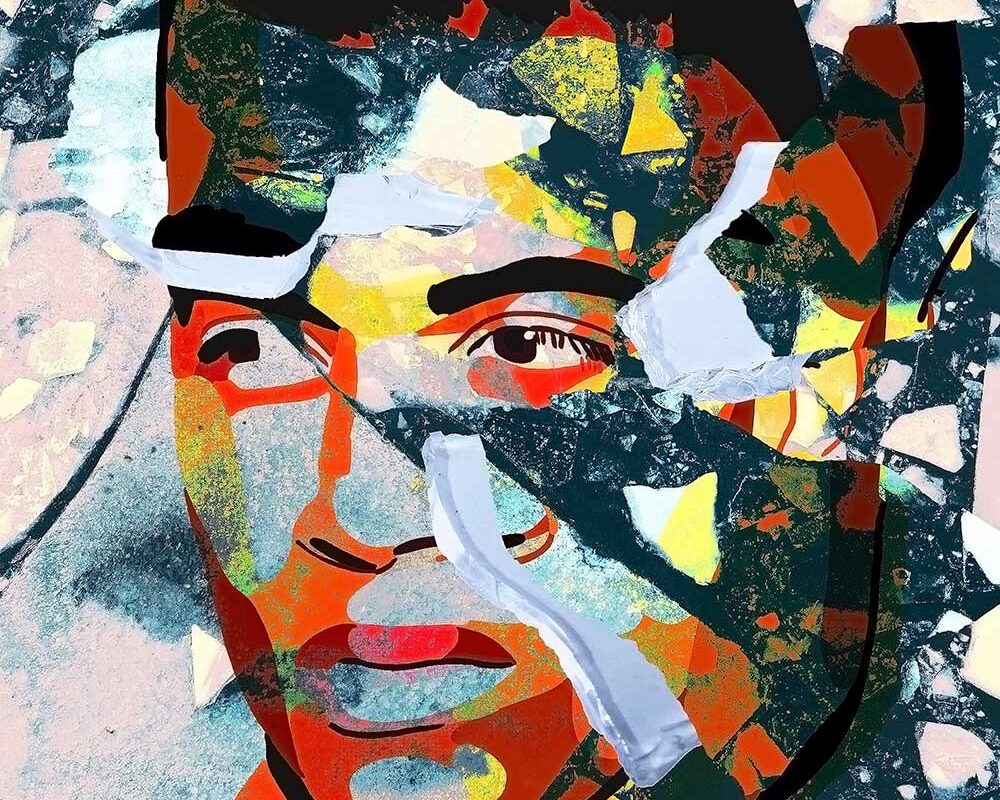 Sons Of Anarchy Review: Toil and Till