Land of the Free, Home of the Gun Culture 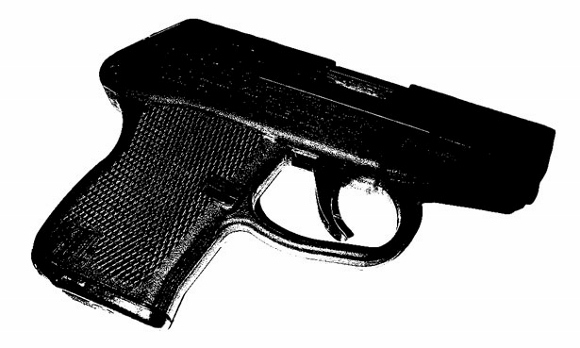 Newtown. Oak Creek. Aurora. Blacksburg. Littleton. These are all cities and towns that, up until recently, the majority of Americans had never heard of. Now they are all symbols of gun violence in the United States.

These tragedies are a part of a reoccurring, historical cycle that goes as follows: a tragedy occurs. Citizens become angry and scared. The government responds by passing gun control laws. And then another tragedy happens.

In 1968, America was shocked and awed by the severe racial violence that had been happening all over the country. Martin Luther King, Jr. was assassinated on April 4, 1968, and just two months later Robert F. Kennedy met the same fate. The day after Kennedy’s assassination, congress passed the Omnibus Crime Control and Safe Streets Act. In the months to follow, President Johnson signed the Gun Control Act of 1968.

Respect has always been a key component of American culture. “Some people fear you with a gun, and with fear comes respect. Usually the reason people have a gun is because they fear something in their life,” said a man who goes by the name of ‘Flako’, and is a former employee of Taurus International Manufacturing Inc., one of the world’s largest small arms manufacturers. No matter what race, gender or religion, respect is of utmost importance.

“Metal” is not the first word that pops into your head when you are asked to describe a gun. Predominately a gun symbolizes something to a person, whether it’s history, security, money, business, respect, power, violence or death.

“Having something like a gun has more of a sentimental value as well as a practical value. It allows for that peace of mind to know that if someone were to try and take my life away I could stop them,” said Elizabeth Vazquez, a 23-year-old gun enthusiast.

The fact is this; guns have been sewn into the fabric of American culture for centuries. Colonial personal property inventory records have taught us that gun ownership in seventeenth and eighteenth-century America ranged from 54%-73%. Today, the United States is number one in the entire world for gun ownership. The power of a gun has never changed; they could kill then and they can kill now. What has changed is society.

“One of the things that’s changed that people don’t recognize is that our population has increased immensely,” said Jim Schaaf, a gun owner for 46 years.

“I feel that the media plays a large factor in how we portray guns. It seems that we are going through a “doomsday” now but I think people and society have a tendency to always see the negatives. Instead of actually thinking and seeing things clearly they just automatically assume the worst,” said Vazquez.

Much of the current debate has been trying to decide if banning assault weapons and implementing more gun restrictions will reduce gun violence. Nine states already have assault weapon bans and there was a federal assault weapon ban from 1994-2004. There is no single correct answer to either side of this debate.

“If you want to do that [ban assault weapons] fine, but I don’t know if it’s going to make a big difference… They were illegal once before, and they reinstated them saying it didn’t make a difference,” said Schaaf.

“They need to focus on getting the [illegal] guns off the streets first and then target more gun control,” said Lisa Perez, who experienced illegal gun violence first-hand when she lost her brother, Antonio Perez, three years ago in a gang-related shooting.

Of President Obama’s list of proposals for gun control, requiring universal background checks prior to purchase of a firearm has the most support from 88% of Americans. Banning assault weapons is supported by 58% of Americans, and 56% believe neglect of the mentally ill contributes a great deal to gun violence.

Luckily for those 42% of Americans who do not support an assault weapon ban, Congress is not likely to pass it.

“Banning all weapons from the people is not going to stop the violence, it’s going to increase it. People will always find guns. They will never stop guns in the black market. The US is not the only country that makes guns. There are exports and imports. Wherever there’s money there will be violence. The black market brings violence,” said Flako.

No matter what side of the debate you may be on, keep in mind that it is not about the guns themselves. It is about the violence caused by guns that end up in the wrong hands.

“I really believe gun violence in this country is more mental than mechanical. Drugs are illegal, and that has not stopped them,” said Schaaf. “We just keep rearranging the deck of the Titanic.”

There Will Be Blood – Homecoming Blood Drive

America: Land of the Free and Home of the Fashion Designers