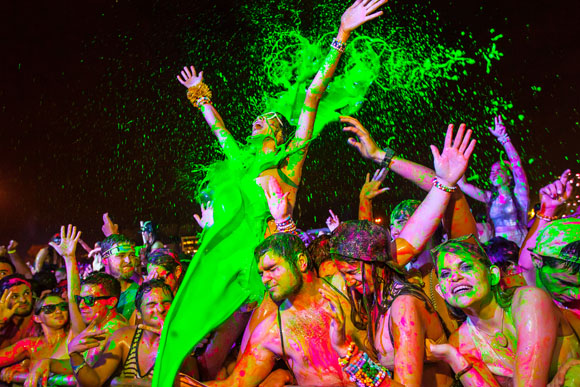 Get ready Miami because the world’s largest paint party is back! For the first time Life in Color (LIC) has expanded the event to two days and will take place on Friday, Dec. 26 and Saturday, Dec. 27 at the Sun Life Stadium in Miami. Can you think of a better way to celebrate the holidays than with a badass, mind-blowing paint party? Didn’t think so.

The headliners this year include some of the biggest names in Electronic Dance Music: Kaskade, Adventure Club, Nervo, Diplo, The Chainsmokers, Caked Up, DVBBS, Bingo Players, Borgore, Carnage, Madeon, Juicy J plus many, more! Even the University of Miami’s very own Grant & Duval will perform.

“The first EDM show I ever went to was DayGlow (LIC) in Rochester, New York a few years back when I was going to school up north,” Daniel Grant of Grant & Duval said. “It’s safe to say that concert was the influence I needed as a DJ to make the move down to Miami and it’s an honor to be considered one of Florida’s best up and coming DJs.”

From a small college event to a world-renowned live concert, LIC will transport fans into the ultimate mind blowing, head bumping, and heart pounding experience. This unforgettable experience fuses high-energy music, spectacular art, enthusiastic dance, and record-breaking amounts of paint. The event is expected to bring in over 60,000 people and will feature the worlds biggest DJ’s, soaring aerial acts, stilt walkers, contortionists, and fire shows all leading up to the ever-famous paint blast.

Korey Alberts, a 22-year-old student at the University of Central Florida has attended the event multiple times. 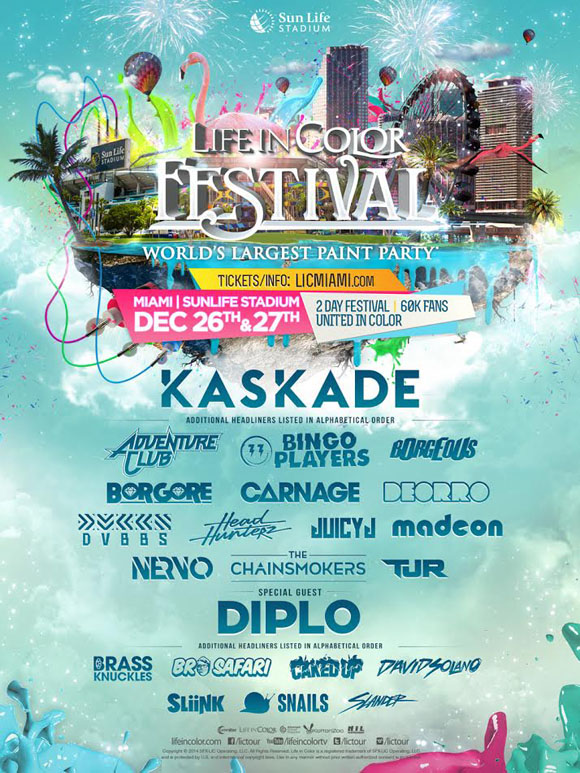 LIC is a production and promotions company that stages more than 200 concerts annually, selling over 500,000 tickets in the United States and internationally in 45 countries. It was founded by Sebastian Solano, Paul Campbell, Lukasz Tracz and Patryk Tracz and began in 2006 on college campuses in Florida. SFX Entertainment acquired LIC in 2012, making it part of the biggest movement in dance music to date and in 2014 opened offices in Amsterdam and Asia.

“The event is seriously one of a kind. The lineups never disappoint and what better place to be than at a massive paint party in Miami,” Karelie said.

Tickets are currently on sale for $129.99 for two day general admission and $179.99 for two day Unleash passes. The Unleash passes include express entry into the festival and a “hard in the paint survival bag,” which includes a free tee-shirt, two vouchers for free bottles of paint, sunglasses and a towel. Buy your tickets soon as prices will increase closer to the festival date.  Tickets can be bought here.

After the festival, LIC will host an online silent auction where fans will have the chance to win artists portraits, painted by David Garibaldi. LIC will donate the proceeds to the Arts For Learning charity, the largest organization in South Florida solely dedicated to connecting professional visual and performing artists to children and educators. Every day, Arts For Learning works to inspire young people and expand their learning through the arts. To see Garibaldi in action, see the video below.

Whether you’re an EDM fan or not LIC is sure to be a spectacular and unforgettable experience. For more information, visit http://www.lifeincolor.com. 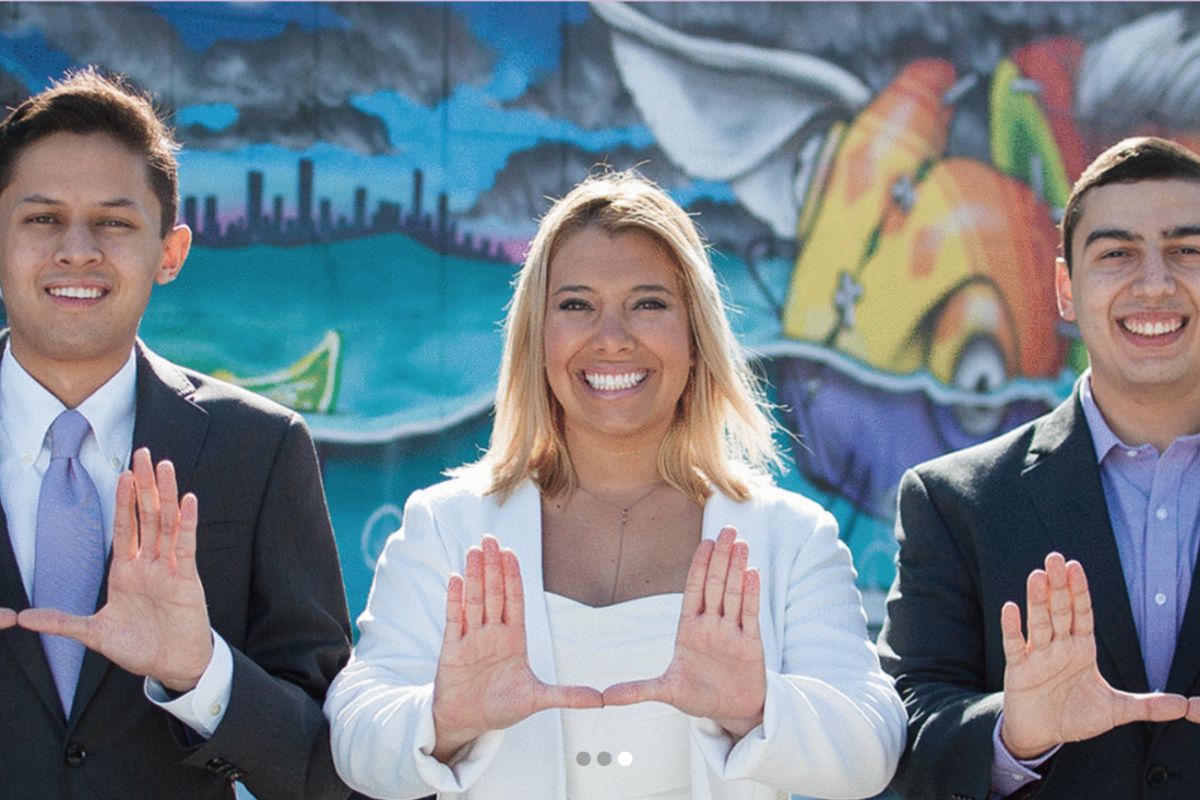 8 Thoughts That Cross Your Mind in Wynwood