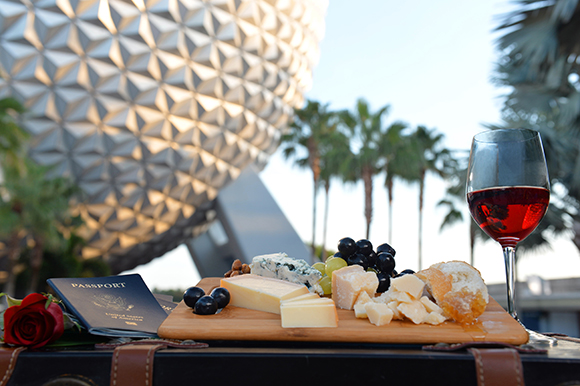 Chef Julia Child once said, “People who love to eat are the best kind of people” and with 53 days dedicated to just food, Disney seems to agree with that idea. Starting in 1996, Epcot’s International Food and Wine Festival took place from Sept. 19 to Nov. 10 this year and showcased 36 different eating and drinking stations for visitors. The festival usually takes place in the fall.

“I’ve had a great experience every time I’ve gone,” senior Max Sanchez said. “I love the variety of drinks and exotic food that they bring every year. It’s a great selling point. My favorite this year was Tutto Gusto Wine Cellar in Italy because of all the awesome Italian wine they brought in.”

Every year, Epcot showcases at least 22 countries and aims to introduce at least three new booths a year, according to Lee, a customer service cast member at Epcot.

“The festival is believed to be the largest of its kind in the world, beginning at the Festival Welcome Center in Future World and fanning around the promenade encircling World Showcase Lagoon,” Walt Disney World News said. 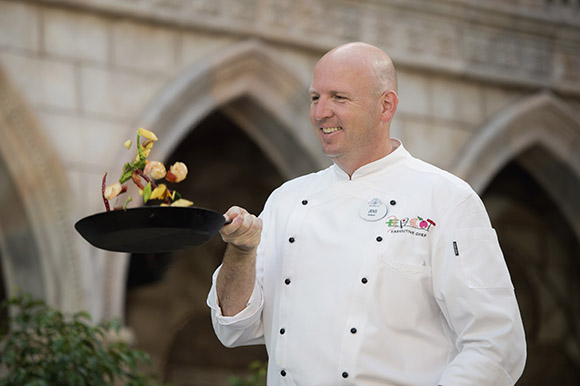 With tapas-sized portions, the 250 plus dish variety ranges in price from $3 to $8. The festival also showcases 40 breweries and 60 wineries, making Epcot International Food and Wine festival a popular attraction for “drinking around the world.”

“This year, my friends and I all turned 21 and thought it would be a great idea to go [to the festival] for fall break, so we did,” senior Thomas Iglesias said. “My favorite part was the huge variety in drinks. I had so much fun tasting a lot of new drinks from around the world.”

If you’re looking to experience the festival, but don’t necessarily have the pocket change to fund a full excursion, we’ve got you covered. After “traveling” around the world in less than a day, we’ve picked out the top five must-try dishes (and drinks) at this year’s festival. Don’t forget to grab a Marketplace Discovery Passport while you’re there. With this, you can get full evidence that you attended the festival with checkmarks for dishes you’ve tried and passport stamps of places to which you “traveled.” 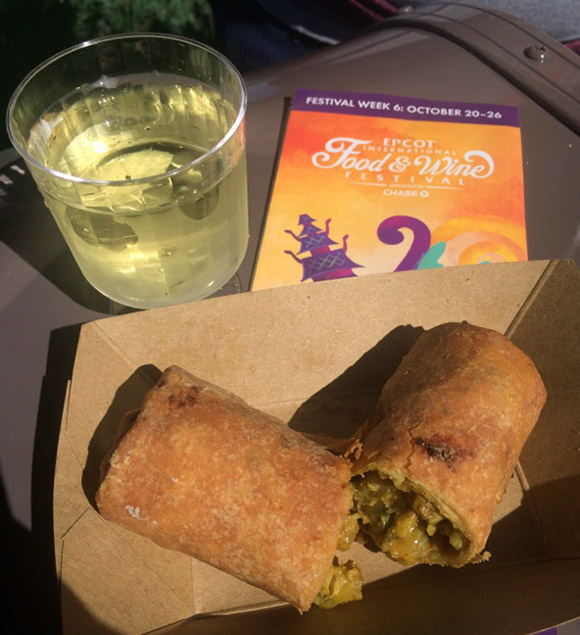 Why You Should Try it: Instead of Morocco’s usual feature, the harissa chicken roll, chefs at the Morocco booth decided to venture into new territory with the spicy shrimp roll with cliantro & mint Sauce. Okay, we know, Shrimp in a Moroccan dish? That’s not “Moroccan,” but after biting into this roll you’ll forget about that. Though it isn’t particularly spicy, it does have the signature curry taste that most dishes in Morocco offer. The taste of mint is subtle, but adds flavor to the roll in general. The roll is filling with cabbage, carrot and other vegetables added to the roll. A favorite from the festival, this item paired well with Morocco’s Gerrouane white wine. The white wine’s light flavoring complemented the curry-heavy roll. This roll is the kind of roll we’ll be dreaming about until next year’s festival. 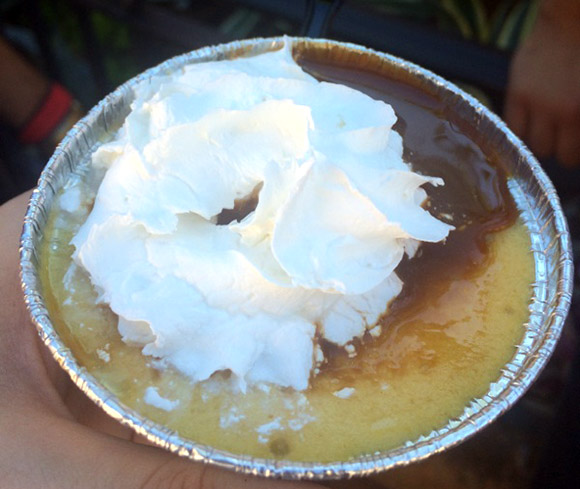 Why You Should Try it: There are Mexican staples at this booth like tacos and tequila, but the sweet corn cheesecake takes a dulce departure from normal Mexican fare and also stays true to Mexican roots. Unlike a typical New York cheesecake, this cheesecake possesses a rich, semi-sweet corn flavor and is topped with whipped cream and caramel drizzle. Though unusual to taste at first, the mixture of whipped cream, caramel drizzle and the cheesecake itself adds an element of flavor that is both satisfying and delicioso. 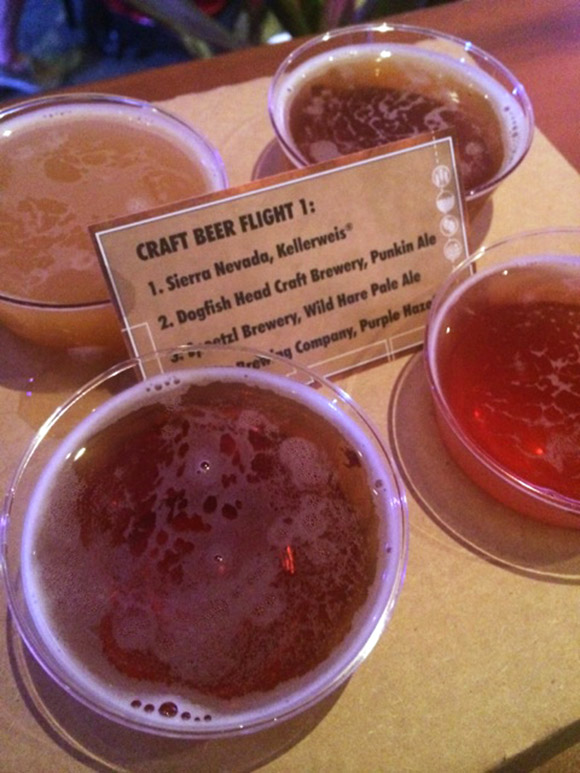 Why You Should Try it: Okay, so this isn’t a country, but it might as well be one because it embodies a quintessentially American past time: drinking beer. With the Odyssey Craft Beer Center, Disney put its finger on the pulse of American culture and showcases beer from craft breweries all over the United States, including Abita Brewing Company, Dogfish Head Craft Brewery, Sierra Nevada Brewery and more. An unofficial motto of the festival is “why have one when you can have them all?” and Disney gives visitors just that with multiple beer “flight “ selections, each one, at most, around $10. What’s knocking back a beer though without food? The Craft Beer Center’s spicy pimento cheese dip with whole-wheat crackers is a bowl full ooey-gooey deliciousness, with a kick that will give you the perfect excuse to well, buy more beer. 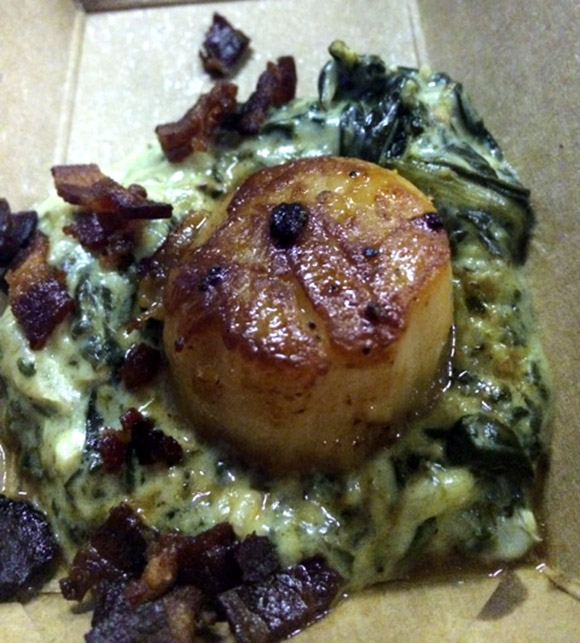 Why You Should Try it: An Epcot Food & Wine Festival mainstay, the seared sea scallop reinvented itself this year by adding spinach-cheddar gratin and crispy bacon. The creaminess of the spinach-cheddar gratin adds to the subtle flavor of the sea scallop and surprisingly enough, the usually powerful flavor of bacon doesn’t take over the taste of the sea scallop either. After a long trek “around the world,” biting into this light offering will not only make you hear angels singing due to it’s perfect balance of flavors, but also the melody of bagpipes playing in your head, because we’re in “Scotland,” obviously. 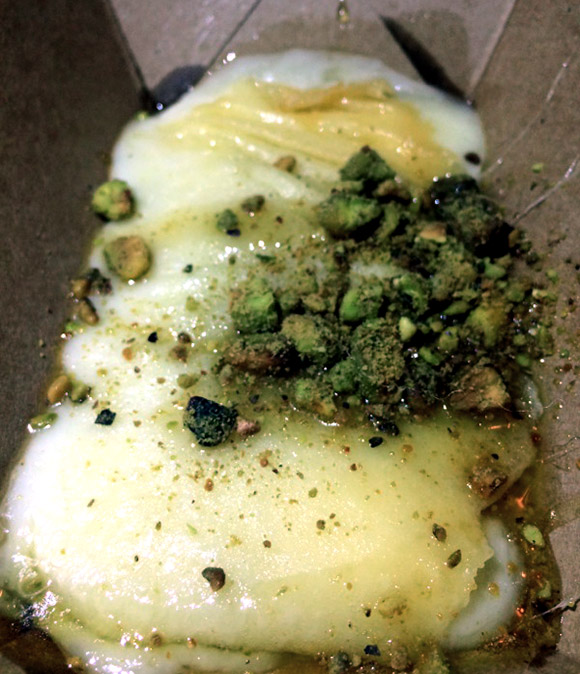 The Dish: griddled Greek cheese with pistachios and honey

Why You Should Try it: When cheese is an element of the menu, it’s hard to go wrong, especially when added with pistachios and honey. The Greek cheese is grilled, making the texture a cross between the type of cheese that separates in a grilled cheese sandwich and the slightly overcooked cheese you get when baking a macaroni and cheese…a.k.a this dish embodies cheese heaven. An element of sweetness comes into play with the honey, while the pistachios add a crunchy texture, giving this dish even further flavor variety. Are you drooling yet?

The Hurricanes Defeated Bethune-Cookman After a Sluggish Start 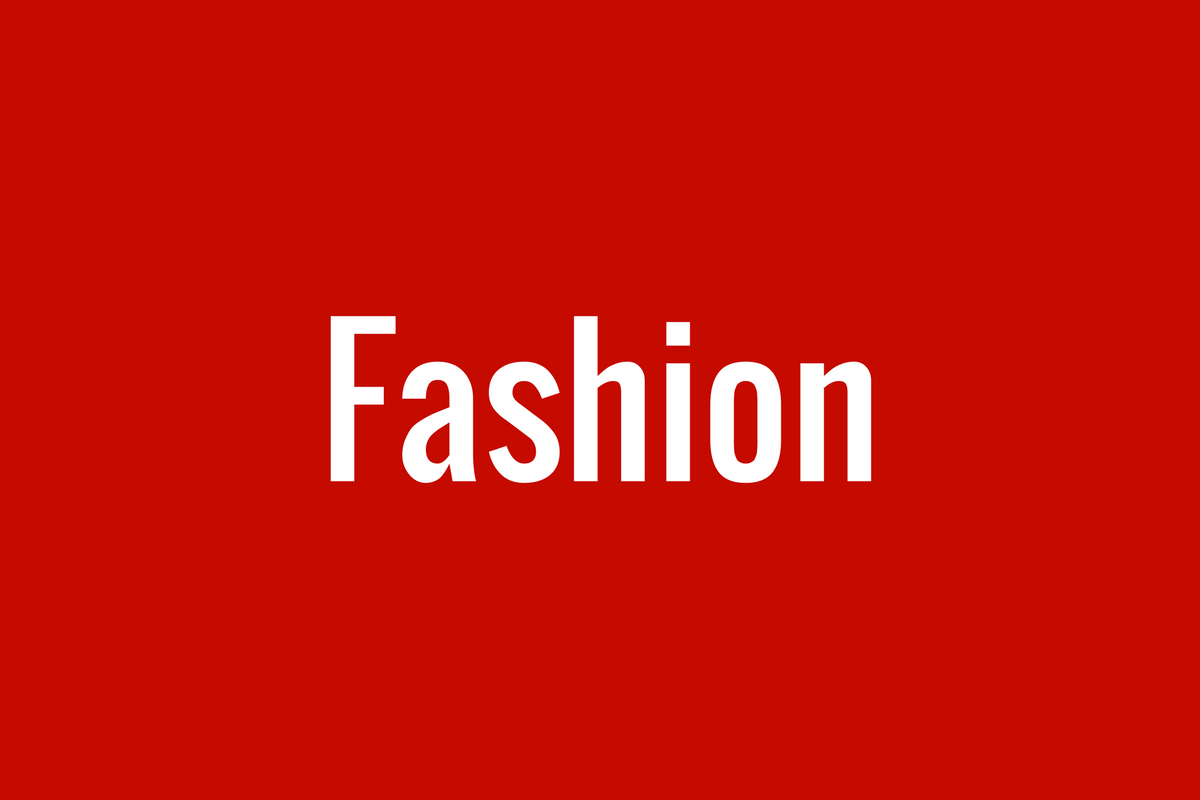