Ask any millennial, they will tell you that they remember exactly where they were and what they were doing when they found out Mac Miller died, or when Donald Trump was elected. For University of Miami junior, Patrick McCarthy, one email will be imprinted in his mind for the rest of his life.

Patrick McCarthy, also known as “Freaky Pat,” is a force to be reckoned with. Most of the student body has heard of or attended his backyard shows. His sound is enigmatic. His core inspirations come from jazz and soul music, and it shows. The influence of artists like Curtis Mayfield and Anderson Paak flow seamlessly throughout his work.  One little-known fact about this star on the rise is that his passion for creating music is relatively recent.

He began rapping when he was a high schooler in Minneapolis, Minnesota. At first, it was intended as a joke. But when one of his songs hit 300,000 plays on SoundCloud, he knew that his newfound talent was nothing to laugh about. As so many artists do, McCarthy struggled with his confidence in the beginning of his career. When his song “blew up” it ignited his passion to another level.

“People actually loved it,” he said, timidly. “I actually had a platform. And even then, I was still too nervous to throw my all into it until last year.”

It took the artist starting to produce his own music, a feat in and of itself, for him to start believing in his own talent. Sitting at his computer, pounding at the keys and fervently mixing and matching different sounds together, McCarthy began to craft a career and a lifestyle for himself. Once he started releasing tracks that were entirely created and produced by him, he instantly got feedback from his peers. “It didn’t quite blow up the same way our other tracks had but the support felt way more real,” he explained.  “So rather than the songs being  catchy, it was more that people were listening to the lyrics  and getting those people giving you the support on the lyrical artistry was really what made me believe that this was something I could do and I started asking myself ‘what are the next steps?’”

From there, he took off. Speaking to the issues of confidence as a rapper, McCarthy explained that his self-esteem was not an easy hurdle to jump. But once he did, he flew. “So it took a little bit for me to actually believe in myself and now I’m confident as hell,” he proclaimed, a fearless smile painted across his face.”  “This is just what I do.”

It was at this point that his career, and his life in general, took a turn. Wyclef Jean, an internationally acclaimed rapper, musician and actor, had announced that he was hosting a master class at universities around the country and that he was coming to University of Miami. The catch was this: students could only attend the master class if they were selected by Wyclef himself. The contest called for a video of artists performing with their bands; however, at this point in his life, McCarthy had no such band. It was just a man and his machine. This hiccup did not deter McCarthy, though. He actually saw it as an opportunity. He hoped that the fact that he was a rapper and not a band would give him an edge. And, luckily, he was right.

Sitting on campus, in the School of Communication courtyard, to be exact – Freaky Pat got an email informing him that he had been selected to perform in front of Wyclef Jean. “My immediate reaction was fear,” he said. “I practiced every night and my roommates would come home laughing cause I’d just be jumping around in the living room, rapping over these instrumentals super aggressively. Everything was planned and my, well, I’m not sure we can call them dance moves, but my subtle movements were all planned. I was not gonna mess this up. The day came, I don’t think I ate for two days leading up to it.”

Needless to say, McCarthy’s career catapulted from there. He has since collaborated with Wyclef Jean on a project called “Wyclef Goes Back To School” (WGBTS). The project is a 12-song mixtape including college students from around the country. For months, McCarthy had been corresponding directly with Wyclef Jean – exchanging beats, hooks and verses back and forth until they were both satisfied. The mixtape dropped on Friday, March 8 and has been incredibly successful.

But even after near-stardom with WGBTS, Freaky Pat still favors his intimate, grassroots performances in his own backyard.

Patrick McCarthy is an inspiring, dedicated young man with boundless potential. Keep an eye out for him, you might be able to say “I knew him when…” 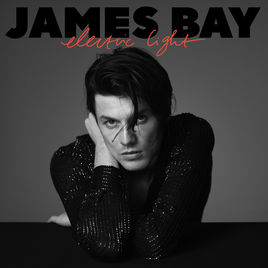