The Adventures of a Digital Native 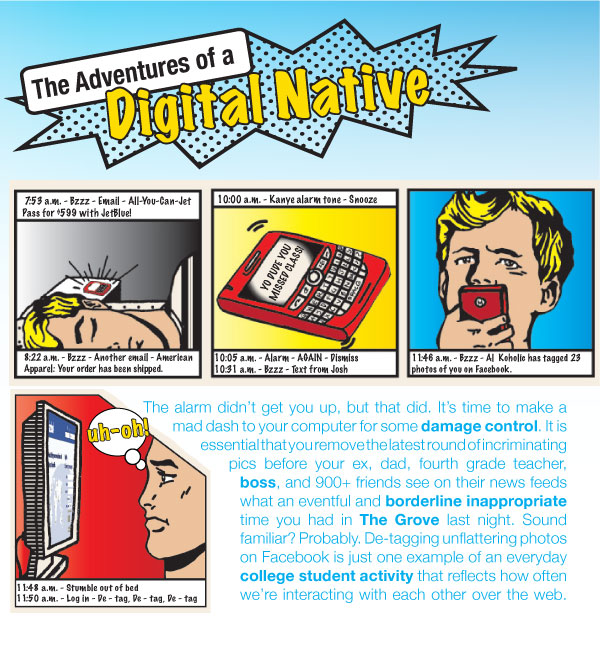 Our generation has grown up through the development of the digital age. Throughout our lives, we’ve acquired an inherent set of web-related skills that reflect our flair for online communication. Although we integrate daily use of social networking tools and sites for fun, we also possess the ability to build a website, teach ourselves web related programs such as Adobe Flash and Dreamweaver, and quickly adapt to new networking platforms. UM students are using these skills to define their positions in the professional world by establishing their own online business ventures and assisting others to form an online presence.

Alex de Carvalho, a social media consultant and social media professor at Miami Dade College and UM, refers to our generation as “digital natives.” “A digital native was born into this world of all these multiplayer games, computers and PCs, Xboxes and mobile phones, and Facebook,” he said.

The fact that technology comes naturally to our generation sets us apart from “digital immigrants,” the term de Carvalho uses to describe people who weren’t born during the digital age and who need time to adapt to the technological boom. While we use social networks like Facebook and Twitter for socializing and entertainment, more importantly, we utilize our tech-savviness to give us a boost in the job market. Because the world’s economy is keeping up with the growth of digital technology and social media, we are the prime candidates to employ our inherent web skills to create job and business opportunities.

For instance, Parker Landers, who graduated from UM with a B.A. in psychology and a minor in theater arts in spring ’09, is a perfect example of someone who put his web skills to use. Landers launched his own web-based t-shirt business called Kontour Clothing last summer. He found a graphic design artist through a social networking website for artists called deviantART and began communicating with him about the vision for Kontour Clothing. After promoting the brand through his personal Facebook page, Landers used Big Cartel, a web-based company that provides templates for online retail sites, to create his online store.

“I didn’t expect to do too great because of the economy, but just through Facebook, hundreds of people joined the Kontour Clothing group I made,” Landers said.

“99 percent of my advertising is done through Facebook, and now you can pay for ads that target a specific demographic, so I started doing a little of that, too.”

Promotion through social media sites enables the successful startup of smaller businesses like Kontour Clothing. On a larger scale, major corporations are hiring specialists to define their brands’ identities online and help them harness all of the available web promotion opportunities. This is where people like Melissa Gerber step in.

Gerber, another UM graduate of spring ’09, works as a social media strategist for Direct Hit Solutions, a search engine marketing company that advises a wide range of clientele, including corporations such as T-Mobile and Nickelodeon, on search engine optimization, social media, and pay-per-click advertising. Gerber’s job is to come up with strategies for companies to make their mark through these networks. Interestingly enough, everyone working for Direct Hit Solutions is under the age of thirty.

On recently landing the job, Gerber said, “I really emphasized I was the best for the job because I knew I had a little more experience than the other candidates specifically with Twitter.” She added, “If so many people didn’t rely on Twitter and Facebook for information, my job wouldn’t exist. It just proves that companies who don’t get into social networking are missing out.”

Making use of all networking sites, not just Facebook and Twitter, has its advantages. Use your own blog on Tumblr to post ideas and promote yourself in the professional world. Microblog and link to materials through sites like Twitter and FriendFeed. The popularity of social networking sites has skyrocketed since young people have realized all of the opportunities available through each platform.

The bottom line is that when it comes to the newest and most innovative social media and networking platforms, our generation is doing the trendsetting. Each of us utilizes the web and engages in different websites to satisfy our individual interests, and in turn, companies follow our lead to effectively promote their brands.

That's So U: Got that Permaglow? 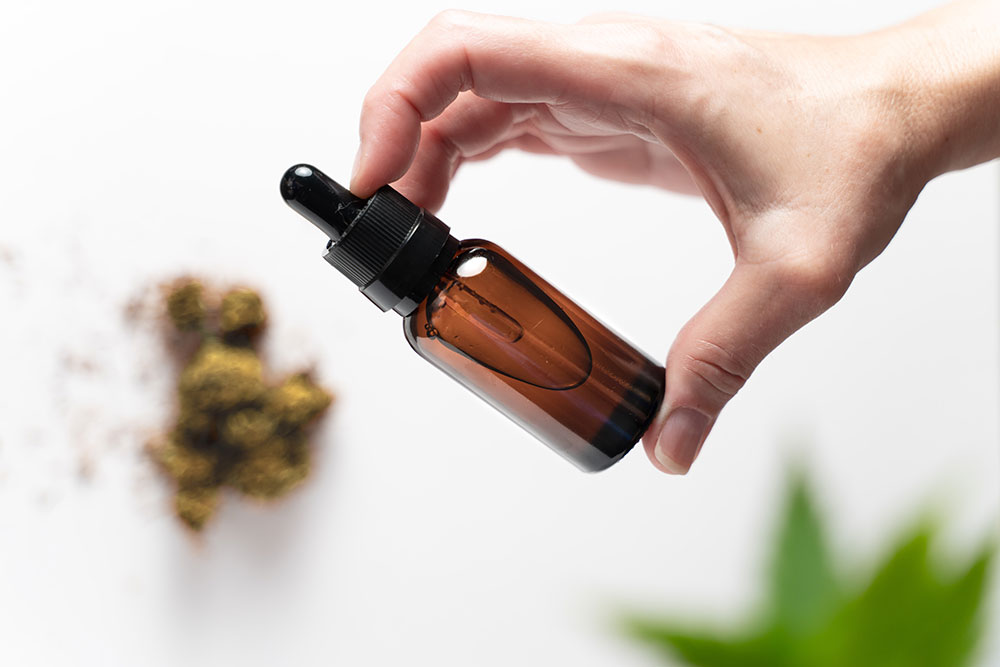