The Return of the Temporary Tattoo 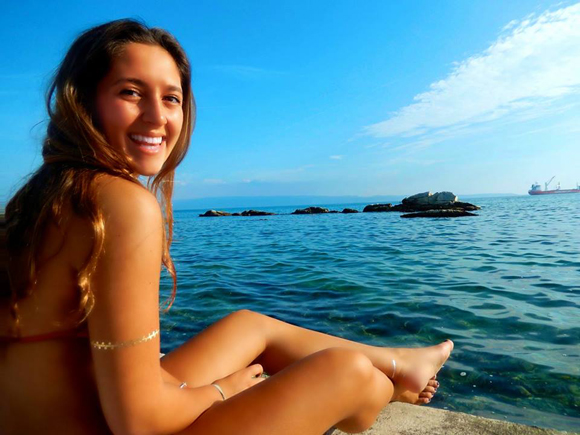 Was there anything more satisfying as a child then gingerly peeling off the wet paper of a temporary tattoo? For a little less than a week, a cartoony image would emblazon our skin, and it was the coolest thing ever, until middle school perhaps. Since then, temporary tattoos have been passé, a symbol of childish whimsy, replaced by the edgier, more permanent, tattoos that need more than some baby oil and a good scrub to get off.

Yet it seems as though temporary tattoos are making a comeback, and in the most high fashion way possible. At the Spring 2015 Ready-to-Wear Tommy Hilfiger show on Sept. 8, the classic American designer sent his models down the runway with hand-painted star tattoos on their faces and bodies.

These stars reflected the “hippie rock-n-roll” vibe of the show, and the star motif appeared again and again throughout the collection–on jewelry and on the clothes themselves. 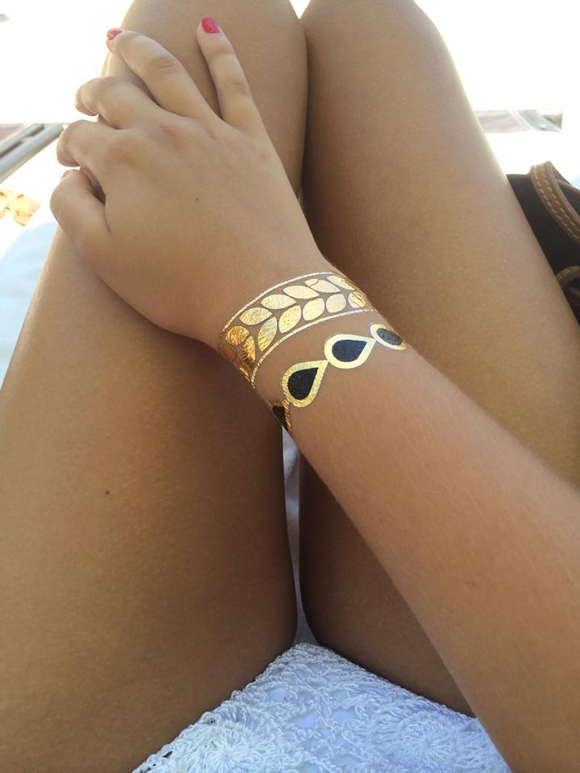 A Détacher also incorporated stars into their models’ beauty looks, placing a contstellation of them under their eyes and down their cheeks. The metallic nature of the stars is reminiscent of one of the lastest “cool girl” phenomenons, Flash Tattoos.

Once only seen at music festivals, Flash Tattoos are seemingly omnipresent, with girls everywhere tatting themselves with the artistic gold and silver intricate designs. Most of the designs are inspired by jewelry, and can act in place of it, whether it be a necklace, bracelet, or rings. One Flash Tattoo even resembles a body chain.

Celebrities are getting in on the trend as well. Beyonce recently posted an Instagram of a pyramidal Flash Tattoo on her hand, and a full body shot that showcased Flash Tattoos adorning her upper arms. 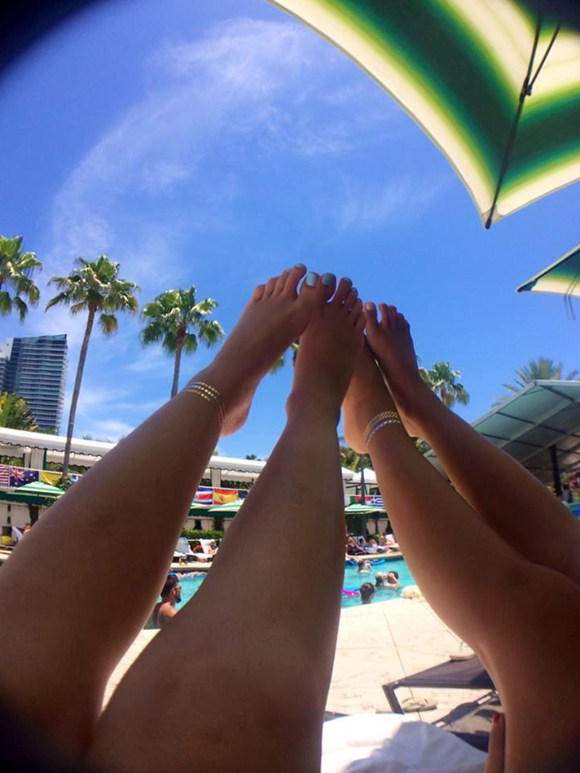 The beauty of temporary tattoos is that you can embody a certain persona without commitment. If you’re feeling an edgy, Rihanna vibe, Flash Tattoos can allow you to try a giant Egyptian inspired tattoo just like the one RiRi has on her sternum for just about a week. If you’re feeling bohemian, you can try a gilded feather or palm tree.

Flash Tattoos are sold in packs of four sheets each, and there are 11 different packs to choose from. The packs range from $20 to $30, and while that may seem pricey for something as disposable and well, temporary, as temporary tattoos, they’re a whole lot cheaper than the real thing. And eliminating the potential for regret is priceless, anyways.

Trader Joe's Arrives in the 305