As phones get bigger, shoes get chunkier and earrings get heavier — the purse seems to be getting smaller. How can you accessorize big? Think small. The mini bag is one of this season’s hottest accessories. Toy-sized purses have left people wondering — what can you even fit inside? Although the answer is not much, the micro bag has been flaunted by celebrities and fashion bloggers alike, dominating runways and commanding streets.

If you’ve been following the micro-bag trend, you’ve definitely heard of the brand Jacquemus. The surrealist French brand — now famed for its iconic tiny handbags — was at the forefront of the tiny bag trend, ultimately setting this niche industry in motion. Simon Porte Jacquemus, founder of his namesake label, first introduced a mini bag in his Fall/Winter 2017 collection. ‘Le Chiquito’ bag featured a 3-inch handle and instantly became a crowd favorite. It had all the features of a viral accessory — cute, trendy and infinitely ‘Instagrammable.’

Just one season later, the Spring/Summer 2018 collection featured the new tiny accessory on almost every model in the show. Available in shades like olive, azure and ivory, there was a micro bag to pair perfectly with every outfit.

For his Fall/Winter 2019 show, Jacquemus debuted the bag that would land him on the map as ​the micro-bag designer. His newest collection featured a bag even smaller than the three seasons prior. ‘Le Petit Chiquito’ took the design of the ‘Le Chiquito’ and shrunk it down to a 2-inch height. The purse was the smallest that the brand had ever designed, and since its debut, it’s been seen dangling from the fingertips of models everywhere.

The ‘Le Petit Chiquito’ instantly became the “it”​ bag. It was barely big enough to fit a pair of earrings, a singular Air Pod or — as critics like to point out — a bag of drugs. No matter what was or was not inside the bag, the mystery became an identifier for the brand. ‘Le Petit Chiquito’ is now one of the most sought-after designer bags by collectors and enthusiasts alike.

The mini bag, though impractical, does offer a sense of freedom. By throwing on a mini cross-body containing only the bare necessities, your hands are left to move freely. It encourages you to live minimally, only taking what you actually need. University of Miami senior Jenna Tews loves mini bags because they allow her to “add a delicate touch to any outfit.”

Jacquemus is hardly the first brand to create a tiny purse. Brands have since followed in Jacquemus’ footsteps after seeing the success of ‘Le Petit Chiquito’ and have made their own version of the micro bag. The Spring/Summer 2019 season was filled with many designer, as well as non-designer, interpretations. From coin-purse-like mini bags hanging from the necks of models at Edrem to tiny, structured cross-body bags at Givenchy and tiny, monogrammed metallic bags the size of a credit card at Brandon Maxwell — the micro bag was seen styled every way you could imagine.

The modern mini bag was first introduced by Karl Lagerfeld, creative director of Fendi, in the fashion house’s Spring/Summer 2015 collection. He took the brand’s iconic Baguette bag and shrunk it. He then hung it on the side of a full-size purse, adorned with a furry charm just as large as the micro Baguette itself.

“Fendi had the mini Baguette on top of the big Baguette,” said Kavalekas. “So, it was a trend back in those days. But yes, I think they were the creators of the mini bag.”

Though the original design was really Lagerfeld’s, mini bags have roots dating back to the early 1900s. According to ​Fashion​ Magazine, the size of the bag was indicative of your status in society. Young women were seen with mini bags, which were seen as a status symbol. The smaller the bag, the more wealthy and powerful you were. The bag served only as an ornament to decorate your outfit. It indicated that you had other people to carry your belongings, since the impractical size of the bag did not allow for much storage. The so-called “reticules” were worn by women of high society, while larger, more practical bags that fit more belongings were carried by the working class.

According to CR Fashion Book, an online fashion news platform founded by former Editor-in-Chief of ​Vogue Paris ​Carine Roitfeld, the view of handbags changed in 1984 with the creation of the Hermes Birkin bag. The bag was created after actress Jane Birkin spilled all of her belongings from inside her straw tote on a flight. Hermes’ Jean-Louis Dumas also happened to be on that flight and decided then and there that he would create a bag that could hold all of her belongings — and thus, the Birkin was born.

No wonder the majority of people wearing these bags are celebrities — they have entire teams of people dedicated to carrying their belongings. From Lizzo’s miniscule Valentino Garavani at the 2019 American Music Awards to Dua Lipa’s ‘Le Petit Baci’ straw mini bag toted to the beach, celebrities have readily embraced the trend.

“A lot of celebrities are wearing micro bags because it’s definitely in fashion, but it is a trend that I think is going to disappear,” said Kavalekas. “They just wear it because it is a fashion statement, and they have to be in fashion being a celebrity.”

What, then, lies in the future for micro bags? They are designed with intentions of being a wardrobe staple; they’ll likely wither in popularity within a few seasons. While some people will shoulder the mini bag for seasons to come, others will throw it in the fashion graveyard at the back of their closet along with trucker hats and chokers.

Although the novelty of the trend might disappear, Kavalekas sees the micro bag being adopted into the world of fashion as more of a necessity rather than a unique statement piece. “The micro bags are coming to stay, but not because it will be a trend,” she said. “We have totes, we have hobos, we have structured bags, we have different shapes of bags and now we have the micro bags. And I think everyone will always create a micro bag with their collection. It won’t be a trend anymore — it will be just a part of the bags that a brand makes.”

While a true micro bag isn’t even big enough to fit your phone, it is bound to make a big statement. Is this a message that we need to stop carrying so much stuff? Maybe. One thing is for sure: if one bag isn’t spacious enough, you can always shoulder two.

Bored in the House? Three Classic Dessert Recipes Anyone Can Bake 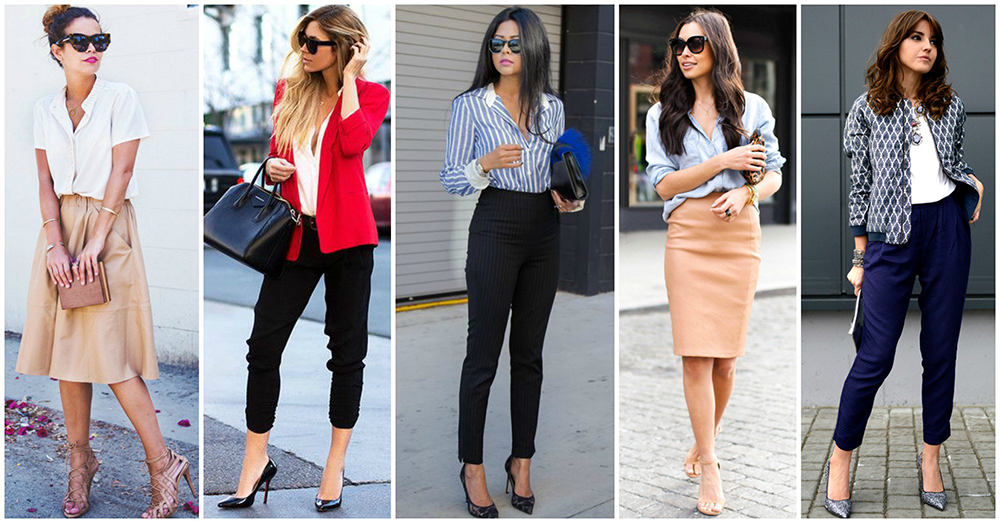 An Intern’s guide to Dress for Success