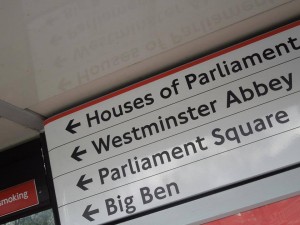 You’re by yourself, without anyone to depend upon, but I enjoyed my solitary adventures for precisely that reason. Don’t get me wrong; I love traveling with company for the security and simple reassurance that other people are there, but sometimes it’s more rewarding when you do it all by yourself.

My flight from Florida to Europe lasted 14 hours. During that time, I experienced a range of emotions: excited, anxious, petrified and finally subdued calm. After sleeping for as long as I could on the transatlantic flight, I woke up at 4 a.m. EST with another two hours until landing in Denmark. I started panicking. I was fidgety and nervous as I came to the realization there was no going back. Everything became real as I sat smushed up the wall with my knees aching against the seat in front of me. I had just left everything I knew, my family, my friends and my comfort zone for a place I had only read about. Eventually, wide-eyed and sleep deprived, I convinced myself to stop and cherish the moment. I literally signed up for this, and there are thousands of people who never study abroad, let alone leave their native country.

After landing in Copenhagen at 6 a.m., I dragged my suitcase, duffel bag and backpack to the nearest hostel and slept until the late afternoon. From there, I walked several miles to my housing complex in an attempt to become acquainted with my surreal and alien surroundings. After throwing my bags onto the floor and briefly examining my living arrangement, I heard some people conversing, in English, on my floor, so I wandered outside and introduced myself to a couple guys who would quickly become my international friends. Immediately I realized that we were all in the same boat, and my previous anxiety dissolved among introductions and shared laughter.

While studying abroad in Copenhagen, I took a five-day trip to London within the first month. I had purchased tickets to the Disclosure concert and coordinated my flight months in advance. Some of my friends in Denmark expressed interest but weren’t able to come because of the expensive flight and price of the show. I was committed. After my 14-hour flight overseas, the 2-hour flight to England didn’t seem quite as intimidating. I had shown up in Copenhagen without a clue what to do and survived, I figured I could do the same thing in London for an extended weekend.

This was my first time exploring Europe. Needless to say I was a little anxious, but I had already flown 2,000 miles across the Atlantic Ocean, so I might as well make the most of it. With my first trip booked and not a single ally to accompany me, I wasn’t sure what to expect. After biking home from uni after class on Wednesday afternoon, I checked the status of my flight and headed for the airport. I had the address to my hostel with some vague directions written on a piece of paper, my passport and a backpack filled with enough clothes to last me until Monday.

Traveling alone is a lot like traveling in a group – except you get to do whatever you want to do 100 percent of the time. You don’t have to accompany your friend to check out the museum of typographic history and you don’t have to eat at a questionable shawarma stand because your friend doesn’t like fish. You have total, uninhibited freedom. If you want to just wander around the city and get lost… go for it, you won’t hear any complaints.

Being alone pushes you out of your comfort zone. I noticed whenever I traveled in groups, we tended to stick together. People are less likely to strike up a conversation with a random passerby when you’re already moving through the city in your preselected group of four. However, when I was completely alone I found it much easier to ask people for directions or advice. I think people naturally want to help others, especially when someone seems lost, foreign and all alone. I quickly befriended several travelers at my hostel and grabbed some beers at a nearby pub. We ended up watching the Champions League and swapping stories about the differences in culture and traveling in general.

The next day, I decided to meander through the city by myself. I bought a day pass for the Tube and picked up a map. I did a little mandatory sightseeing: Big Ben, The Shard, Parliament, and The London Eye. After a fantastic lunch of fish ‘n’ chips, courtesy of a friendly security guard, I was ready to get off the beaten path and explore a bit. I picked a direction and started walking. Wandering through the streets of London, I was impressed by the vivacity of people. London and Miami are similar in their pervading vibrant culture and fashion. Everyone was going somewhere, fast. I grabbed an espresso and sat down on a bench, breathing in the buzz and hum of the foreign city. 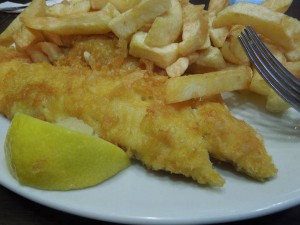 The adventurer in me was out and about.

I walked more than 8 miles over the course of the day. I snuck into the Globe Theater, glimpsing the inside for a fleeting moment before being escorted out for barging into a private show. I walked through Hyde Park. I stumbled upon an Andy Warhol photography exhibit. That evening, physically exhausted but mentally stimulated, I talked about my experiences with my new found friends at the hostel. I was excited to do it again and again.

The Disclosure concert started at 8 p.m. After another day of exploration, my legs were tired and my feet were sore as I shuffled up to the Tube to catch the train. Noticing two people were waiting at my stop with the same ticket I was clutching in my hand, I approached them and struck up a conversation. They were as excited to meet me, as I was to have some company for the concert. I quickly found out they were from Ireland, spending the weekend in London, just like I was. We hit it off and split a bottle of whiskey they had bought in preparation for the night.

The concert was a blast. Disclosure performed live. I made some spur of the moment friends and created a memory that will stick with me for some time. Looking back on my trip to London, I think about how my trip might have differed if I went with somebody else. I probably wouldn’t have been as outgoing. I wouldn’t have met as many other people as I did. I was alone and it challenged me to be adventurous. I forgot about my comfort zone and traversed the largest city in Europe.

And the best part is, I did it all by myself.

Letter from the Editor Issue 4

The 6 Best Ways to De-Stress Post-Midterms