Print is a powerful tool in fashion, as certain prints can evoke specific vibes and define a whole collection. Alexander McQueen’s Autumn/Winter 2006 collection, titled “Widows of Culloden,” certainly did just that, as his use of traditional red and black tartan put his Scottish heritage to the forefront and truly defined him as a designer. Today, it’s hard to think of tartan without thinking of the late, pivotal designer and his appearance at the 2006 Met Gala with Sarah Jessica Parker in, yes, matching tartan. McQueen took the otherwise “dying” fabric and made it of-the-moment again. The latest fabric to go through this rebirth is gingham.

Seen at multiple Spring 2015 New York Fashion Week shows, the prepster staple has seemingly taken on a new life–think less “picnic” and more “sexy Americana.” At Altuzarra, the print was everywhere, from skirt-suits to dresses to collared shirts and blouses. The Asian-American designer even mixed his gingham with another classic American print–stripes. Clean lines and high slits kept the even more structurally conservative pieces, like the matching skirt suits, young and sexy. It’s what a young Jackie-O would wear if she were living today.

The gingham at Diane von Furstenberg had a little more feminine flair than at Altuzarra. She crafted some of her gingham dresses out of silk chiffon that fluttered as the models floated down the runway. The results were pieces that felt modern, youthful, and not a bit stuffy. Details such as splatters of cheerful colors such as pink and yellow, and overlays of lace and floral patterns breathed a new life into basic black-and-white gingham. Even the shoes and handbags at DVF featured the preppy pattern.

Michael Kors also embraced the gingham trend. His collection harkened back to 1960s chic with skirts and dress lengths hitting mid-calf, and almost always an A-line silhouette. Some standout pieces include a green and white gingham dress with a halter neckline that the designer coupled with a tan leather flower wrapped around the waist. It was very “garden party” and very classically pretty. Kors added some edge by manipulating the gingham fabric with a crinkle effect. This made pieces such as a cropped jacket with a matching A-line skirt feel less “‘80’s office wear” and more “now.”

The beauty of gingham is how fresh it feels. For those looking to achieve a put-together, slightly prep look, gingham is the perfect fabric to achieve that. Try adding it in accents, like on a scarf or shoes if you’re tentative about looking like you stepped out of a Vineyard Vines catalogue. Or, try taking cues from New York Fashion Week and sex up the fabric a bit with some slits, a low neckline, or a cropped hem. Besides, it’s time to bring some collegiate prep to Miami, and students agree.

Gingham can be “exquisite on the right person,” said sophomore Asia Lugo, while fellow sophomore Kendal Peppito said that “[Gingham] is a good way to switch up your basic stripes or polka dots.” 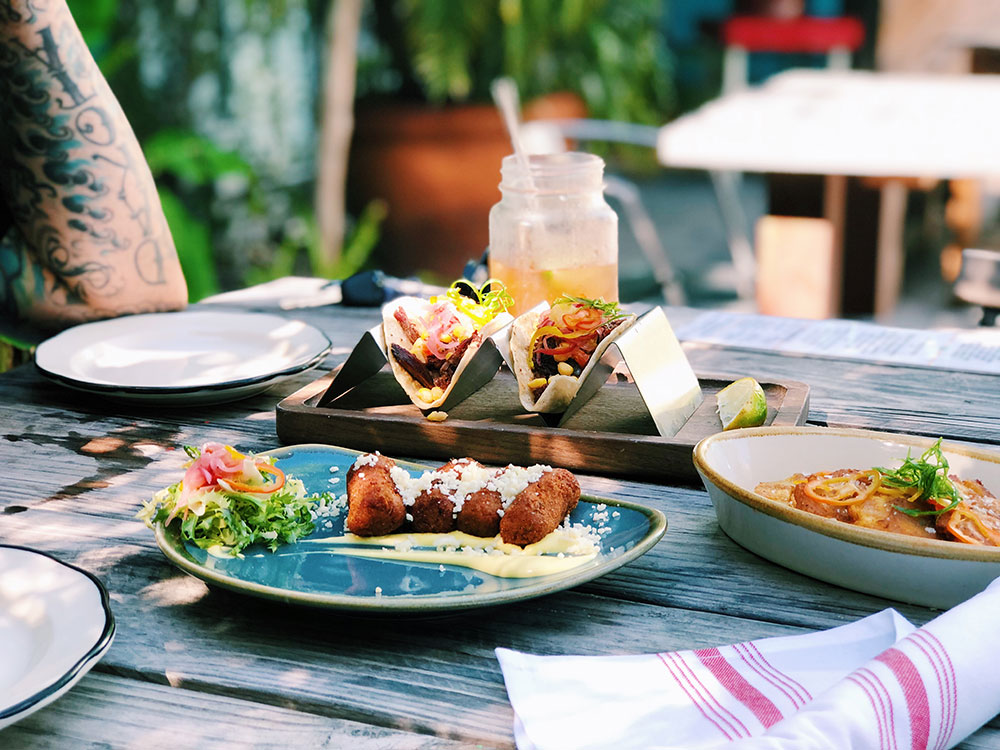