It’s been a great week for Diego Soto.

On Tuesday, Soto, a junior hailing from Madrid, Spain and member of the University of Miami men’s tennis team was named ACC Player of the Week. 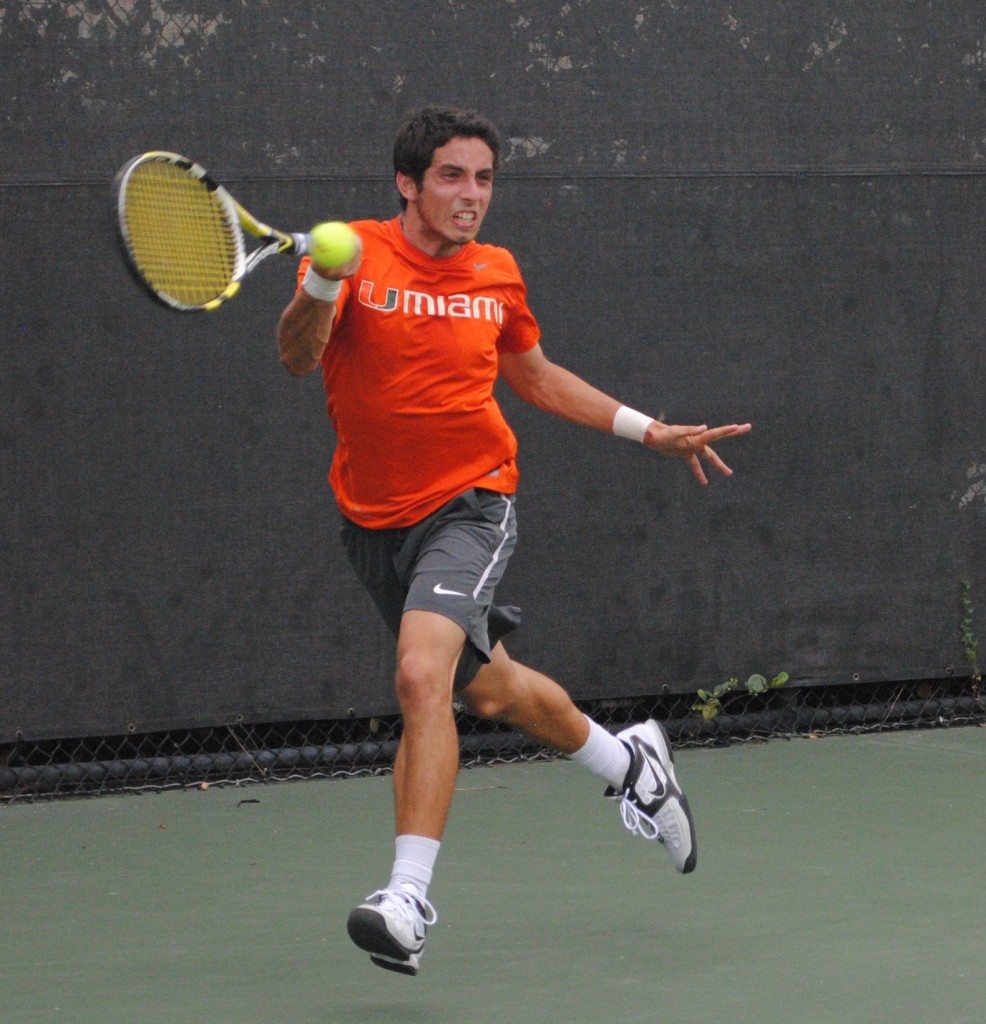 Diego Soto, a junior from Madrid, Spain, was named ACC Player of the Week. (Photo by Kristen Spillane)

Soto’s upper-level competition helped the No. 60 UM squad (3-2) close out a flawless weekend in Coral Gables with a pair of 6-1 victories over UCF and No. 50 Rice University (2-2).

Soto was undefeated in both singles and doubles matches, winning his singles in straight sets.

“We were really positive after the win on Friday,” said Soto, “After that the morale of the team was good, everybody was pumped up, we really want to improve our ranking.”

Celebrating his twenty-first birthday, Soto, in the no. 1 spot for the ‘Canes, put up Miami’s first singles point in defeating Rice’s Jonathan Chang (6-2, 6-1).

Soto helped to lead the Hurricanes to their first win over Rice University in five years.  The most painful matchup of all: last season’s 7-0 crushing defeat in Houston.

“We knew that this was a good team, we’ve lost against them the last five years, we knew we had to play good and play together,” said Soto.

Head coach Mario Rincon praised Soto and his teammates for their efforts this weekend.

“It’s exciting to see that our team is coming together, that our doubles are improving, that the guys are fighting and competing really well for us,” said Rincon.  “I am really proud of us, where we are now.”

The Hurricanes will take on Louisiana-Lafayette on Friday in Coral Gables and travel to Tampa for Sunday’s matchup against USF.

Kale: what's all the hype about?

KAOS on The Rock