Hurricane Sports has officially announced that the University of Miami Hurricanes have fired football coach Al Golden, effective immediately. Assistant Coach Larry Scott will serve as the interim head coach for the remainder of the 2015 season, until Miami finds its next coach in the offseason to permanently take over.

Athletic Director Blake James has stuck by Golden for years, preaching for fans to trust the process in rebuilding a winning program. He has stated numerous times that there would be no decision on Golden’s future until the end of the season and his job was safe until then. Then 58-0 happened. The single most embarrassing loss in Miami’s history occurred Saturday versus the Clemson University Tigers. Miami wasn’t just beaten; they were mocked and humiliated for four quarters.

Miami Athletic Director Blake James called the day “disappointing” but that no change in coaches would be coming in its immediate aftermath. He added, “We’ll go and get ready to play Duke.”

Little did fans know that UM would be preparing for Duke… without Al Golden.

“Coach Golden has led our program through some very difficult times and he has done so with class, integrity and a true desire to see our students succeed on the field, in the classroom and in the community,” James said. “However, we have a proud tradition of excellence at Miami, not just in football but in all sports, and we want to compete for ACC and national championships. I simply believe that now is the time to bring the Hurricane Family together and rally behind our young men.”

UM fans, rejoice: the Miami Hurricanes football program has been given a chance to start over. Former President Donna Shalala strongly increased UM’s academics and campus life during her tenure, but the football program took a downward spiral. Academics became the priority, and football’s success became an afterthought. Shalala put a lot of money into the school, putting it on the map as one of the top 50 schools in the nation. Unfortunately, sanctions, lack of money, the loss of the Orange Bowl and extending Al Golden’s contract have been heavily criticized by football fans. Shalala made an effort to keep both the football program and the student athlete’s success rate successful, but time and time again, the program made mistakes, fingers were pointed, and Blake James stuck by Al Golden no matter what transpired.

“Got beat from top to bottom,” Golden said yesterday after the 58-0 loss to Clemson. “They outplayed us, they out coached us, and I just told the team that’s completely my responsibility for not getting them ready to play.”

Unacceptable. This is the University of Miami, where swagger was invented and passed down through generations. There’s a reason why ESPN has made two documentaries about this proud football program. The Head Coach of the Miami Hurricanes is expected to not just win, but dominate. How is a team “not ready to play” versus the number six ranked team in the nation? These inexcusable explanations have become a tradition for Golden and his staff annually, leading to mockery press conferences following every loss.

Ending the season 6-7 then having seven Miami Hurricanes drafted by NFL teams is completely unacceptable.

In the end, Al Golden and his staff’s performance was just simply: unacceptable.

Al Golden is a class act and a good human being. Not enough good things can be said about his personality and his heart. Make no mistake about it: he wanted the Hurricanes to be great. It was Golden who stood by this program through the tough sanctions. He loved his players and he loved this program. It’s never easy to watch a good person lose his or her job, but unfortunately that’s the nature of the business.

At the end of the day, UM’s coach is expected to dominate, compete nationally, develop players and improve the team. Golden and his staff didn’t come close to any of those expectations.

Now, the Board of Trustees and A.D. Blake James will have a chance to find the right coach. This means no more low-cost options like Randy Shannon or Al Golden. No more Temple University type coaches, and no more Temple University results. The University of Michigan’s program has been turned around completely in half a year under Head Coach Jim Harbaugh, after sitting in a place Miami currently sits in. How? Michigan chose to spend big money in order to produce big results. Miami may not have the wallet Michigan does, but Miami can still spend an exceptional amount to recruit an exceptional coach. Remember what the famous banner flying over Sun Life Stadium said: Temple coach=Temple results.

In every game the ‘Canes play in, fans raise four fingers in the air to signify the fourth quarter, meaning the time to give it every ounce of effort is now. Finish strong.

Blake James, Board of Trustees: UM fans are staring at you, raising their four fingers. Over a decade of misery has broken the hearts of the UM faithful, leaving Saturdays unbearable to watch. Enough is enough: 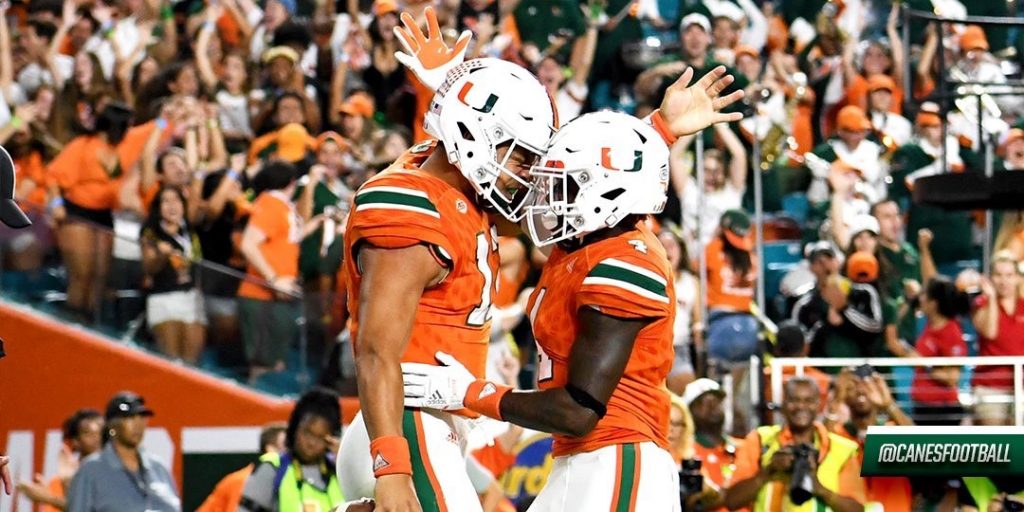