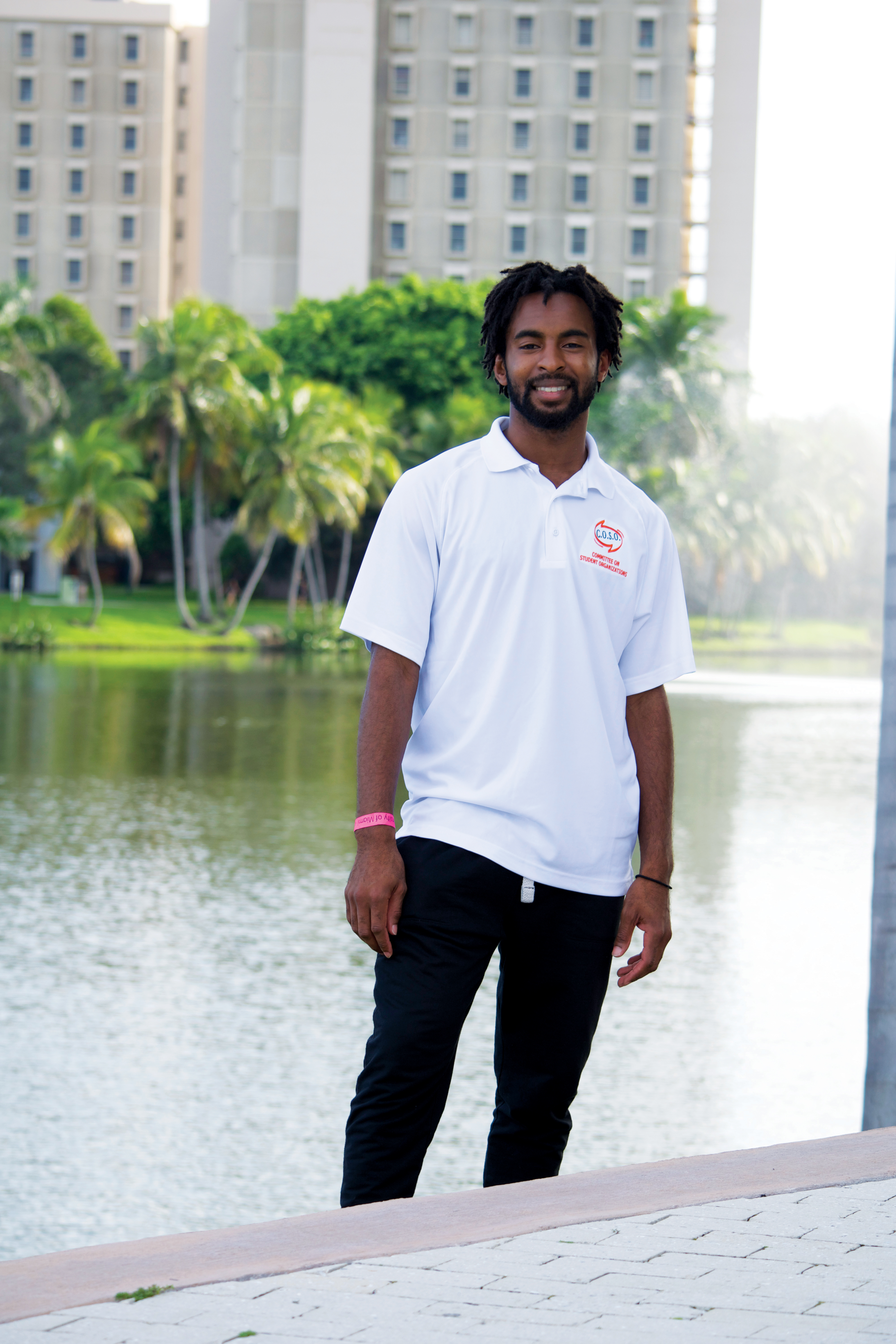 Everyone’s favorite cooking show hit close to home on Sept. 10 when one University of Miami senior had a once-in-a-lifetime chance to represent The U on “Chopped: College Challenge.” Out of thousands of applications from across the country, Elliot’s caught the eyes of “Chopped” producers.

“I didn’t think my chances were that great,” the UM Homecoming Executive Committee chair said about the application process. “I was really surprised when I got the phone call last November, especially since I had forgotten that I applied.”

After the first round of interviews, Elliot was not accepted on the show. But something about his application made the producers give him a redo, asking for him to give more information and more personality.

“It kind of gets to a point where you want to be as interesting as possible,” Elliot said. He didn’t have to embellish his story when it came to his background in cooking, though. Watching his mother and grandmother cook inspired him to create meals reminiscent of his Jamaican heritage.

“My university is the greatest school in the world,” were the first words “Chopped” viewers heard from Elliot on the show. He showed his UM spirit throughout the episode, comparing the tense atmosphere in the “Chopped” kitchen to football game day at The U.

“Since I knew it was a college episode, I wanted to make it all about my college,” he said.

As it was a special college edition of the show, the required “mystery items” in the basket were ingredients most college students might have on-hand in their dorm rooms. In true “Chopped” fashion, producers threw in some ringers: the first round called for appetizers made from ground turkey, bluefoot mushrooms, frozen mixed vegetables and instant ramen.

“My first round was supposed to be a pasta,” Elliot said. “It didn’t work out and I had to change halfway through.” He pulled together an alternative dish, an alfredo turkey sandwich with lemon aioli, just in time. The judges agreed that it had more flavor than the other dishes– thanks to that ramen flavor packet we all know and love. Elliot and the two remaining contestants breathed sighs of relief as Varsha Govindaraju, an 18-year-old senior from Washington University, was eliminated.

Triumph was soon replaced by urgency as the second round began. Contestants had 30 minutes to create an entrée out of strip steak, ranch dressing, broccoli and (plot twist) pizza turnovers?

“Before coming to ‘Chopped’ I did a little research on Steak 101,” Elliot said on the show. This helped him craft the perfect side dish: curry broccoli. “My inspiration is Jamaica, so I really wanted to use the curry to not only highlight my culture, but highlight this broccoli,” he said. Incorporating a pizza turnover into a dish of very expensive steak and fresh broccoli was a challenge, but Elliot had a perfect solution.

“I always think about things that have happened in my life or things that I eat in my life,” he said. Remembering a restaurant that served a breaded steak, he deep fried the turnover and threw in some brown sugar, turning it into a creative topping that set him apart from the competition.

With two minutes remaining, competitor Alex Steinwald, a senior from Northwestern University, was fanning the flames that engulfed his steak. Next to him, New York University sophomore Andrea Galan cut into raw strips of meat. Reflecting on that moment, Elliot said, “I really had a good time doing something I’ve never done before and executing it really well.”

Though Elliot faced some criticism for his curry, Steinwald’s charred steak was no match for Elliot’s expertly cooked one.

Only dessert stood between Elliot and the championship. He needed to craft a gourmet dish that included potato chips, strawberry toaster pastries, a fast food sundae and mini marshmallows. All things considered, that’s a pretty generous basket in the “Chopped” kitchen.

Elliot set off to create a s’more, reasoning that the sweet toaster pastry and salty potato chips would make a perfect graham cracker. But at minute 22, disaster struck. The acrid smell of burnt potato chips and toaster pastries– two of his required ingredients– meant his dessert plans had gone up in smoke.

“I’ve learned that you do what you can do at the time, regardless of what’s going on,” he said. He used his remaining eight minutes to put together an entirely different dish: Sebastian Soup (made from the sundae and topped with a crumble of chips and toaster pastry), accompanied by an Eye of the Hurricane doughnut and a South Beach Blend fruit salad.

The judges commended his ability to adapt to his crisis and still come out with a great tasting dish. When judge Roger Mooking asked Elliot if he often uses that approach in life, Elliot said, “I definitely do. I grew up in a pretty poor neighborhood, and you have to utilize what you have.”

However, even his quick thinking couldn’t top Galan’s beautifully crafted, deconstructed NYU cheesecake. In the final round, Elliot was “Chopped.”

“Not really knowing how I felt about my dessert to begin with, by the time I got it on the plate I just knew that things were not going to go well,” he said. “Andrea was really creative from the get-go, so it definitely pushed her in a good direction.”

Elliot has no regrets, though. Just the opportunity to meet his three competitors and cook in the “Chopped” kitchen was a prize in itself.

“Cooking with ingredients I’ve never cooked with before and being able to increase my culinary repertoire was really cool,” he said. He also enjoyed all of the challenges that came with cooking on Chopped– even the ones viewers couldn’t see. “Is there a control for [the producers] to turn [the stove] up higher and lower while you’re in the middle of the show?” He replied with a smile: “Maybe.”

While he’s busy as the Homecoming Executive Committee chair, the mascot manager for Sebastian the Ibis, the vice-chair for the Committee on Student Affairs, the co-chair of the Black Awareness Month Committee and a delegate to international and cultural organizations (in addition to taking classes), Elliot will not be saying goodbye to the kitchen.

“It all depends on what opportunities come up for me, and if I do have an opportunity to go to culinary school, I will,” he said. “I’m just waiting on a ‘Chopped’ redemption episode.” 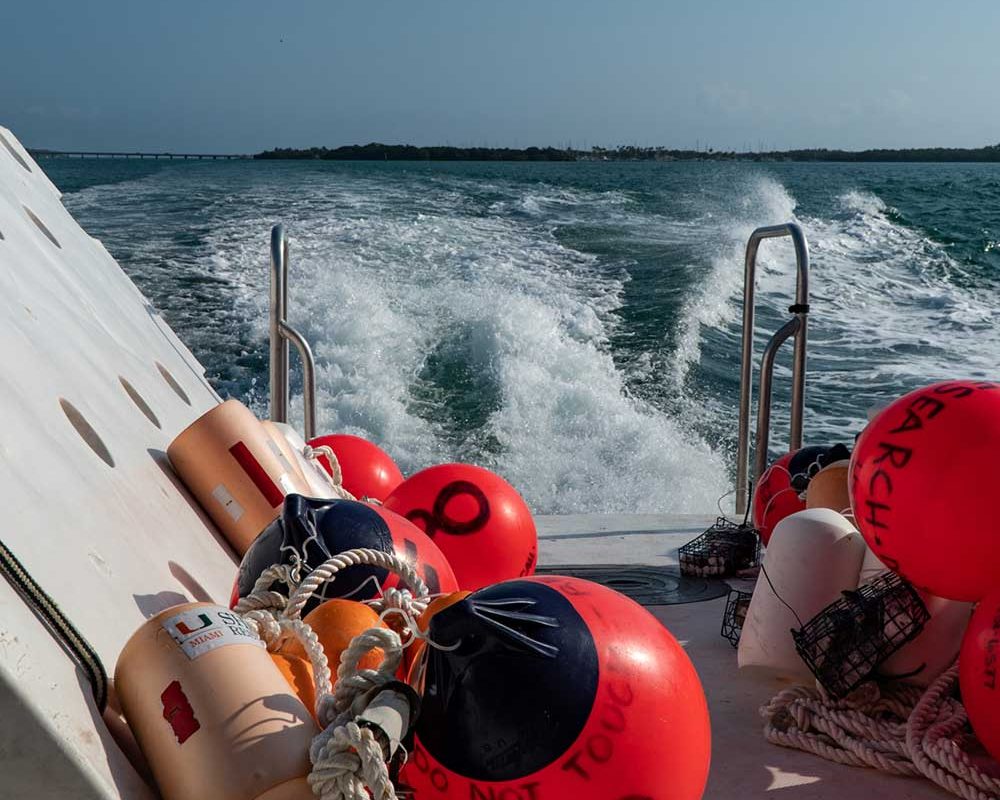 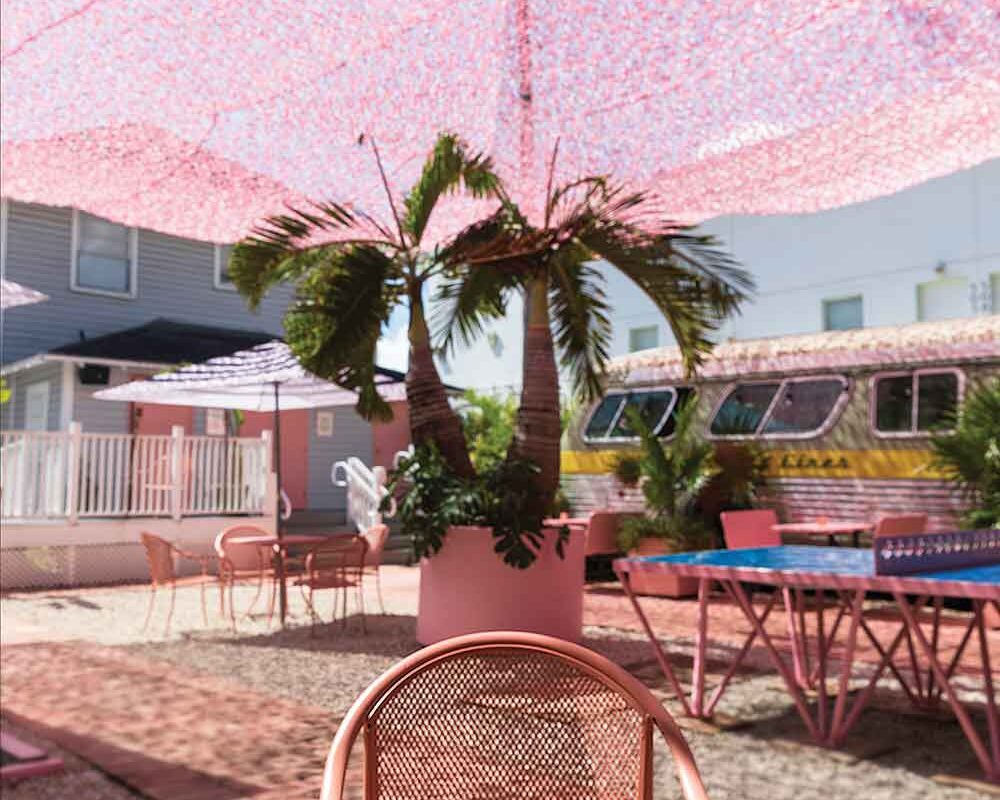 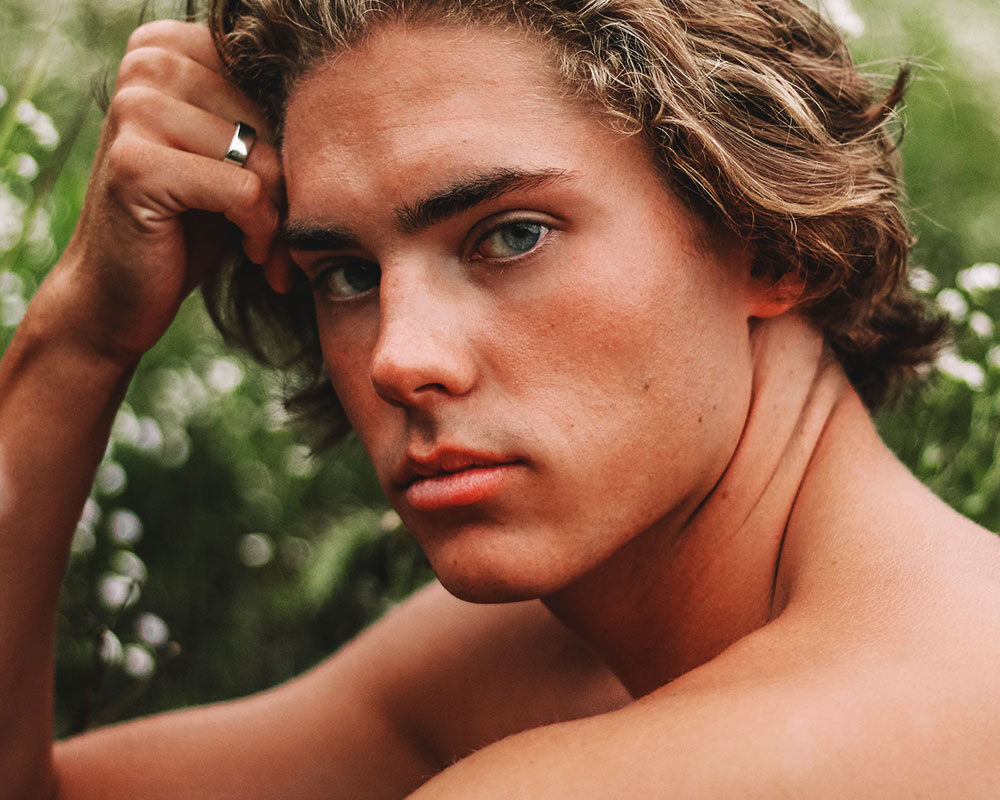