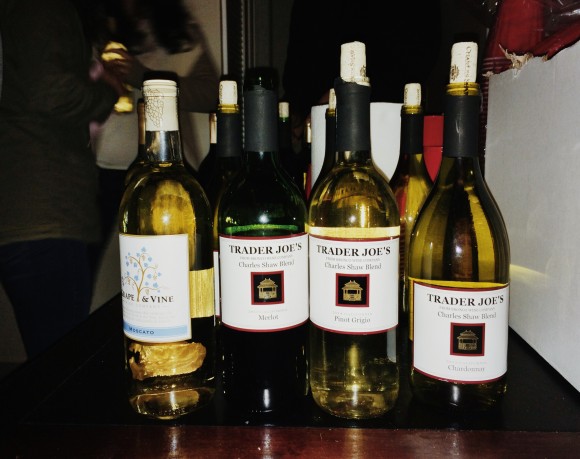 “Don’t drink cheap wine.” That was the first thing my Oenology professor said the first day of class.  My class collectively smirked and exchanged those knowingly “Haha ok,” looks. Professor Carol Brick Stock continued to look at us with a very French, very serious face.  This, as you can imagine, made us all a little uncomfortable. She began her lecture on wine: the history, the culture and the importance of it in France. One of her most impressionable points being if the wine is cheaper than the water there’s probably something wrong.  Valid point. She proceeded to accurately describe the way young Americans (typically) handle their wine.  Find the cheapest bottle, take it home, open it up, pour it to the top of their glass and proceed to down the content without a second thought.

Now, let’s compare. Wine, to the French, is a “living thing.” At first this not only seems absurd, but also pretentious.  Who says things like that?  She continued to describe the ever so tedious process of making wine in France. It is actually illegal to irrigate and manipulate the wine here.  How high maintenance, right?  And then, one of her favorite phrases: Terroir.  What’s terroir?  Terroir is what gives wine body, flavor and personality.  The pride each region takes in “their wine.” This isn’t a mass production of an alcoholic beverage to them. It is an art and usually a family tradition.

Now you’re starting to really think the French are ridiculous. Ridiculous they may seem, but clearly they are doing something right.

Throughout many lectures surrounding French culture, the idea of the typical French man or woman came up. I didn’t need a PowerPoint to understand the point they attempted to make day after day.  Wine is not alcohol to the French. Meaning? They do not drink wine to get drunk. To be frank, they really don’t drink to get drunk at all. But especially wine.

Wine is for tasting. Wine is for pairing with food. A bottle of wine is to share among a few friends over a two hour lunch at a café overlooking the Seine. Not by any means to get drunk; because when is the last time you saw a French woman look anything less than composed and completely put together? Let’s face it; they aren’t a bunch of sailors who have just been drinking so long they can hold a bottle of wine in their system without showing it. They are simply not drinking enough wine to get to that point.

So just for fun, try being a pretentious stereotypical French citizen next time you buy a bottle of wine. Maybe spring for the $9.99 instead of the $3.79. Chill it in a bucket of ice for 20 minutes (if it’s white) and when you open the bottle, I can’t believe I’m even saying this, let it “breathe.” Pour your glass less than half way up, swish it around and drink a glass with a block of cheese, jar of that jam you see in elderly couple’s grocery baskets and a baguette. You may find you like being French. And as my professor lovingly pointed out to us the first day of class, you probably won’t wake up with a pounding headache.

Looking Ahead – What to Expect from Last Year's ACC Champions