In Case You Missed It: Amon Tobin 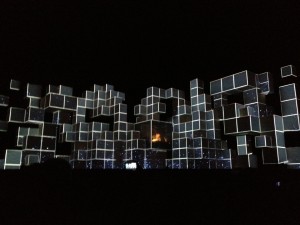 Amon Tobin brought his visual journey ISAM: Live 2.0 to Miami Beach on Friday September 22.  Once the curtains were drawn the cubist, shape shifting 3-D art installation took the form of a multidimensional screen.  The visionary electronic artist began the visual narrative with a projection of white smoke against a black backdrop.

The music echoed the fluid motions of the projections as they shifted from the workings of an industrial mechanism to stars conjoining at the vertices to construct beaming shapes. The audience that gathered in the Fillmore at the Jackie Gleason Theater stared at the artist clad in space gear in awe. It was difficult to decipher whether one was standing in the pit of the theater or standing in a spaceship, staring into the inner workings of an acid kaleidoscope within Tron. 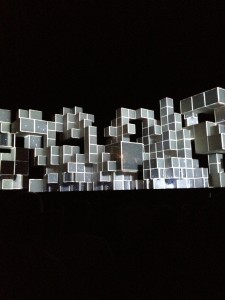 The stage took the form of a spaceship and Amon Tobin had his audience swaying to electronic beats. Suddenly, glaring red warning self-destruction signs overtook the spaceship on the stage; an explosion followed the chaotic rhythms.  A surreal cubic manifestation took over wherein the Brazilian influence could then be heard in the rhythmic music.  At one point, Amon appeared as a Kinect point cloud surfaced on the cubic installation.  He stood before his audience waving his fingers in mystifying, hypnotic motions.  The show ended with resounding images of a rising fire followed by an eruption of applause. 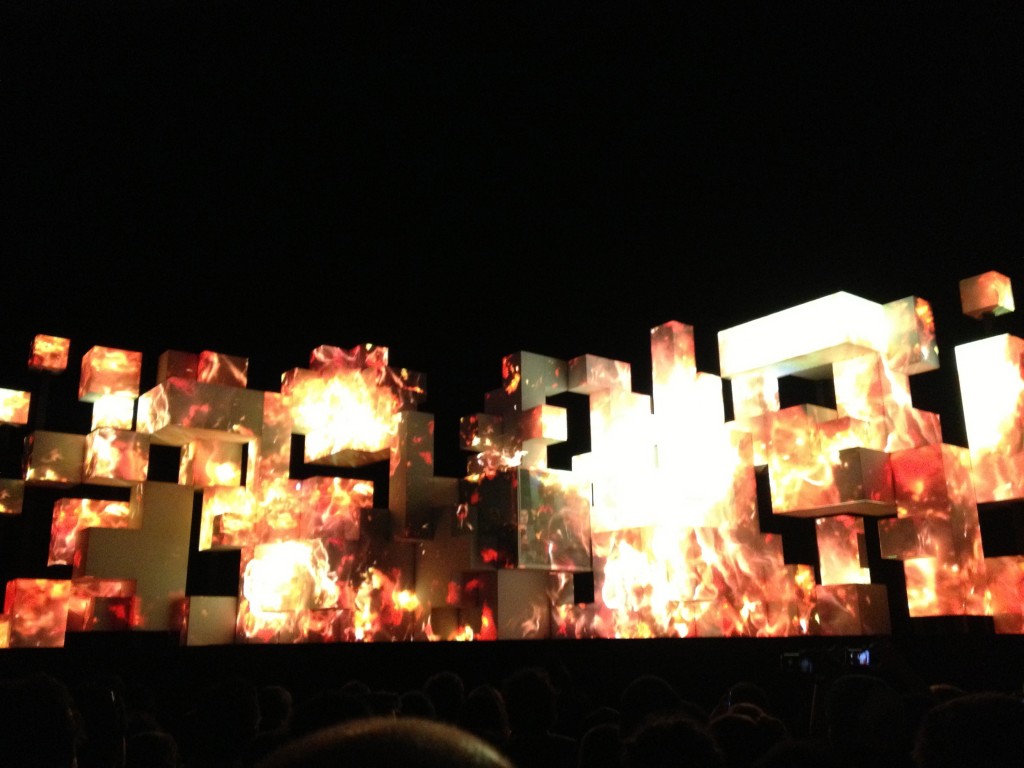 Manscaping: Enter the Age of the Miami Metrosexual

The Basketball Diaries with Julian Gamble