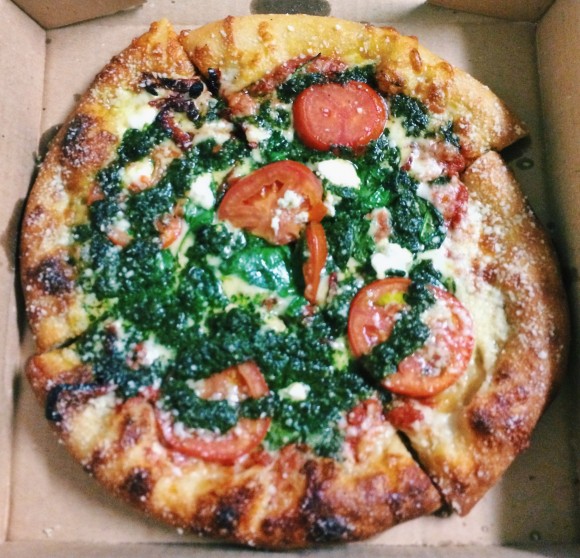 “Where should I order pizza from?”

This is one life’s most essential questions, especially in the life of a monumentally stressed out college student, a.k.a every student ever at some point during their university career. Not only is pizza the highlight of every party, it can make a late-night study session exponentially more enjoyable, rescue you from the dreary monotony of the dining hall, be the grease on grease you need in your life during a deathly hangover and literally cure all of your heartbreak and sadness. The only problem: how does one choose a pizza provider? Miami is #blessed with dozens of pizza options, and while that may seem like a dream, it’s a source of stress for many pizza aficionados who just simply want it all.

That is where I come in. I, self-proclaimed pizza aficionado, ordered pizza from three different pizza restaurants. Let’s introduce the competitors. First up we have Papa John’s Pizza; they claim to have “better ingredients,” and “better pizza,” but do they? Next, Domino’s pizza; this chain has been rebuilding and re-branding for the last few years after an influx of social media users in 2010 used words such as “bland” “boring” and even “cardboard” to describe its pizza, it’ll be interesting to see if their efforts have succeeded. Lastly, Power Pizza; while this company may seem like a bit of an underdog, it’s often served at a variety of campus events AND it claims to be healthier than regular pizza without sacrificing taste. Who knows, they could surprise. The method behind choosing these particular pie shops was quite simple: these are the restaurants from which University of Miami students typically order. In order to determine which is the most superior pizza restaurant, I judged them based on the following criteria:

My order was the same for all three: a well done large pizza with extra tomato sauce, mushrooms, onions, and tomatoes. Here’s how they did:

1. Grade: A
The pizza was very flavorful and I was given a good amount of toppings that were of an obviously high quality. But the crust, although it tasted good, was a bit thin.

4. Grade: C
They stumbled a bit on my special instructions: it was clearly lacking extra sauce. However, they did make up for it a bit by making an almost perfectly well done pizza; I like a crunchy crust and they did not disappoint.

5. Grade: A
The phone call was very pleasant. The woman who took my order was enthusiastic, friendly, and efficient; the call took only two minutes.

1. Grade: A-
Papa John’s signature tasty and, most importantly, FREE Garlic Sauce and Jalapeño already gave them a leg up in the competition. The problem was the ingredients were clearly of a lesser quality than Power Pizza’s. But to their favor, the crust was nice and thick and it had a pretty solid taste. It is definitely a good pizza for when your inhibitions are a bit lacking, if you know what I mean.

4. Grade: C
Like Power Pizza, Papa John’s only got half of my specifications correct. Papa didn’t carry out the all-important well done cook time. But they remembered the extra sauce, and it was delicious.

5. Grade: B
I wasn’t feeling the love as much as I did with Power Pizza in this category. The man on the other end was unenthusiastic and not as friendly. He also forgot to offer me the credit card payment option. But, I gave him credit for efficiency as the phone call only took two minutes.

Unfortunately, I won’t be able to grade Domino’s on any of the criteria, as my pizza never arrived. After 11 frustrating phone calls, three confused Domino’s workers, and a lot of waiting, I ended up empty handed. Two and a half hours after I ordered my pizza, I called and was informed that the deliveryman had arrived with my pizza, called, and then left. An angry woman on the phone at the Domino’s store claimed they called me five times. When I said I didn’t get a phone call, she gave me this piece of golden wisdom: “Maybe your phone don’t like Domino’s.” Ouch.

Overall there was no big winner in the competition; Power Pizza and Papa John’s are two completely different restaurants, each with their own strengths and weaknesses. There was a clear loser however: Domino’s Pizza, which failed in the most basic task of being able to function as a delivery pizza service. Now that you know this invaluable information, you have all the tools required of you to make an educated pizza ordering decision: If you want a healthy, high quality pizza, go with Power Pizza. If you want a thick indulgent pizza, go with Papa Johns. And, if by chance you don’t want any pizza at all, go with the Domino’s.

Rachel Cox-Rosen is a Broadcast Journalism and International Studies double major. She hopes to some day be a reporter on sports or international news and politics. 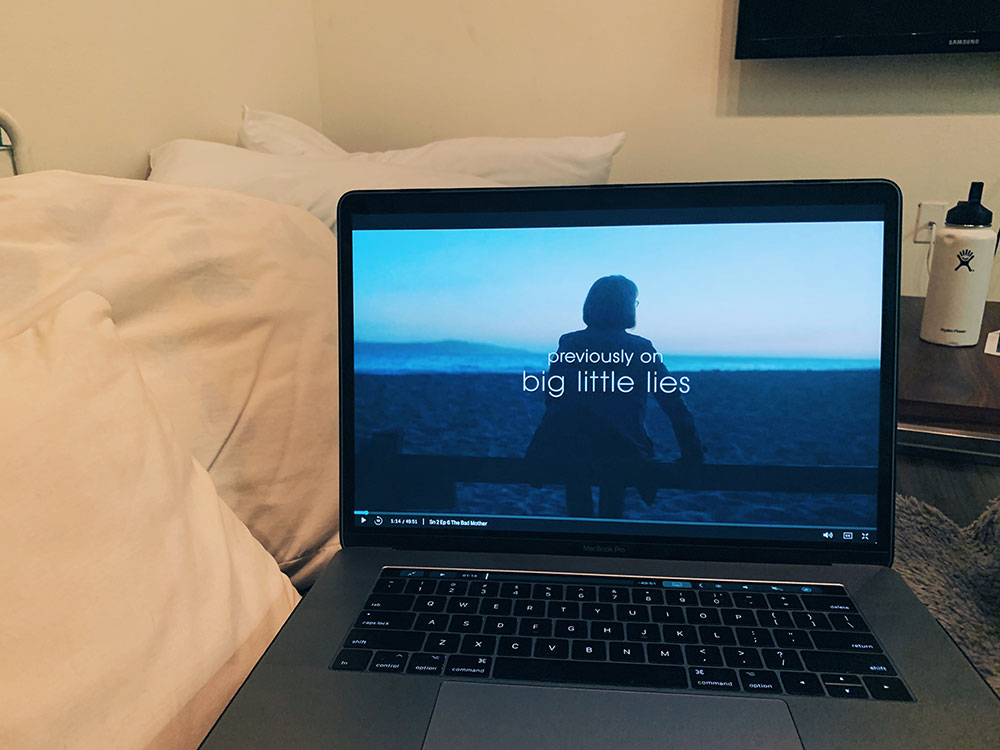