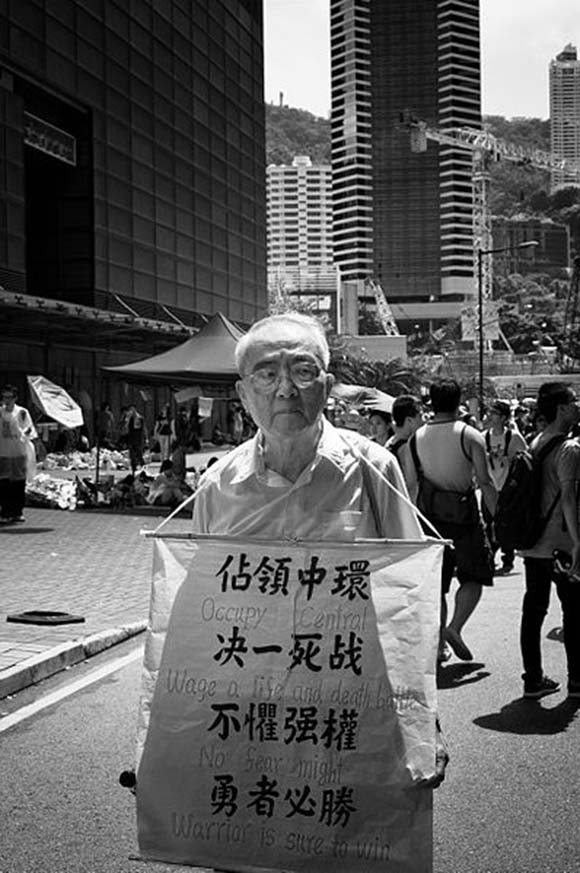 The pro-democracy protest has been going on in Hong Kong for eight weeks now and it is all because of the changes China’s legislature proposed towards the electoral process in Hong Kong.

It began when China came out with a new rule saying that for Hong Kong’s 2017 election, the election committee will first choose up to three candidates and then people can cast their vote for the chief executive.

Under the rule of the British until 1997, Hong Kong citizens have been strongly influenced by the idea of democracy. Insisting that the new change is totally unacceptable, many people, including a large number of students, went on the street, blocked the central area in Hong Kong and started the protest—Occupy Central, in late September.

“It is reasonable for students to fight for democracy,” said Ellen Kar from Hong Kong, a current University of Miami senior majoring in International Studies. “At least a higher level of self autonomy…and less disturbance from Beijing.”

She also argued that democracy “was promised in the one country, two system in the Joint Declaration.”

Kyla Samuels Stewart, a sophomore from UM majoring in Theater Arts and Judaic Studies also expressed her support towards the protest.

“It is good for people in Hong Kong to fight for democracy,” she said. “And it is always nice to nip something in the bud… to protest now instead of 2017.”

However, China ruled out the possibility to make further changes in Hong Kong policy after the protests broke out. Chinese media emphasized focus on the disturbance in people’s life this protest caused and urged it to stop.

Towards those people whose life is influenced by the change, Kar’s response was “too bad for them.” She addressed that “the protesters are doing the  protest in a good manner” and some sacrifice should be made for the protest “for at least a short period of time. For longer period of time, protesters might want to clear some areas out to let people’s life go back to normal.”

Different from Kar, Steward believed “there should be some orders.” She suggests “since protesters have already made their point, maybe they can do events every once a while, just to show they haven’t given up.”

Lately, Chinese officials reminded Hong Kong that “one country” clause is more important in Beijing’s eye than the “two system” clause, concerning that some anti-Beijing people might take power and push Hong Kong away from the Mainland if Beijing opens the opportunity for democracy in Hong Kong.

“I agree with what Chinese government’s concern and what it did,” Mingkai Jia, a UM senior student from Mainland China majors in International Studies also showed her opinion. “Though Hong Kong has been under British control for years, since it is back and as part of China, Hong Kong people should take time and get use to the change in policy.”

Apparently, Kar has a different expectation.

“I think what people in Hong Kong want is just highly autonomy. It is impossible for Hong Kong to split from Mainland,” she argued.

Steward’s response towards Beijing’s concern is even simpler.

“I understand Chinese government probably want to have a unified country. But since it is communism against democracy, it will probably not be so bad if they did split.”

May the Best (Athlete) Win: Your Guide to Decision 2016